Home » The Best Xbox Emulator For PC and Android
Lists

The Best Xbox Emulator For PC and Android

Looking for an original Xbox emulator that can run a few commercial games at a reasonable speed? Then we have got a slew of them for you….

Whether you are an avid technology enthusiast or a seasoned professional gamer, there’s always something for everyone to admire in Microsoft’s first video game console, the Xbox. The original Xbox was Microsoft’s first foray into the gaming console market, bringing one of the most powerful hardware that’s close to a dedicated gaming PC. Xbox competed with the PlayStation 2, Nintendo GameCube and Sega’s Dreamcast. It brought a lot of features, mods and a variety of games that are worth playing.

Unfortunately, Microsoft had to discontinue its production in 2007 to focus specifically on the Xbox 360. While the original XBox console may seem to be dead, die-hard fans can still play most of their favourite Xbox exclusives such as Halo 2, Gears of War and Forza Horizon on PC. This however is possible once you have an original XBox emulator. So if you’d wish to play Xbox games on PC, then here are the best Xbox emulator. 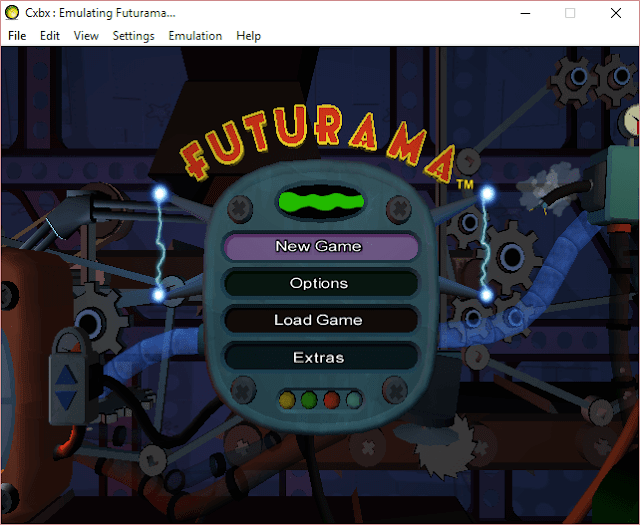 Think of Cxbx-Reloaded as a Swiss Army knife for Xbox emulation. Cxbx-Reloaded is one of the best Xbox emulator for running Microsoft’s Xbox games on Windows. The program started as a fork of Cxbx with support for 64-bit system. Despite being in its early development phase, Cxbx-Reloaded brings a lot of improvements and it is progressing everyday. Cxbx-Reloaded has an HLE support which makes many games run faster. On April 1st, a working LLE-GPU was also introduced. As of now, Cxbx-Reloaded can boot a slew of Xbox games with some reaching gameplay. You can hover in here to see the full compatibility list.

XQEMU is an open source emulator for the original Xbox and Sega Chihiro. It’s built on-top of QEMU, an hypervisor that performs hardware virtualization. Unlike other Xbox emulator that uses high-level emulation, XQEMU settles for low-level emulation to achieve greater accuracy and compatibility. XQEMU can emulate a ton of Xbox games at a very slow speed, since it’s accuracy focused. The developers has however announced that they are working to make XQEMU use KVM, which will help increase its speed significantly. XQEMU is sometimes faster than Cxbx with acceptable graphics, but audio has not been tested 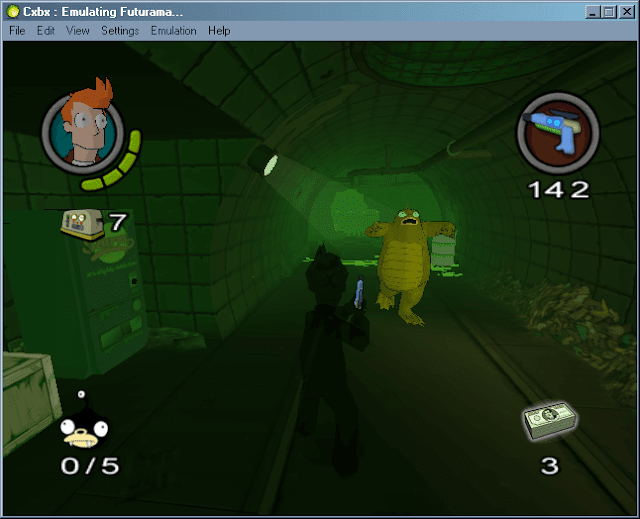 Cxbx is another LLE-focused and probably the most advanced and first Xbox emulator out there. The emulator can run a dozen of Xbox games almost flawlessly. Cxbx offers a “not so many” features, but brings a simple user interface not to mention that it is easy to setup. As of now, Cxbx can boot a total of 61 Xbox games, with 5 being playable while the remaining 56 may boot up to an intro, menus, ingame or does nothing except for black screen without crashing. Xbox games such as Whacked, Smashing Drive, Turok Evolution, Robotech: Battlecry and Futurama runs smoothly on Cxbx. 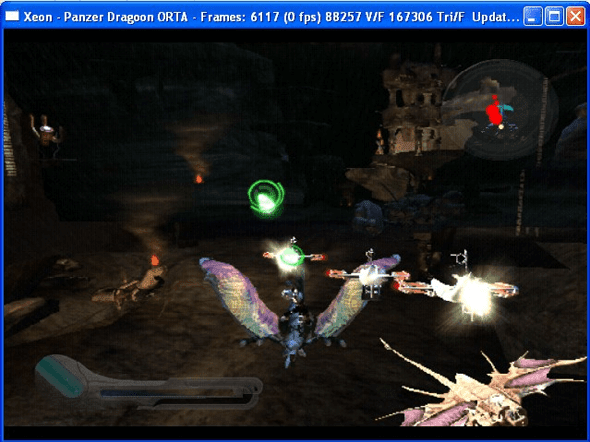 Today isn’t an April Fool day, neither are we here to crack some boring jokes. Meet Xeon, the very first Xbox emulator to run an Xbox commercial game titled Halo NTSC version. Of course Xeon can boot other low graphics demanding Xbox games, provided you have a high-end PC with top-tier CPU. Halo NTSC runs “roughly” on Xeon, and the images are too slow and unclear. This however is to be expected since Xeon is still regarded as a work in progress. With a gaming PC, you can make Xeon play Halo NTSC properly by tinkering with its graphics, audio and input via the Settings menu. Overall, Xeon is one of the original Xbox emulator worth using.

Lastly, we have Dxbx, an Xbox emulator that can run a few commercial games at a reasonable speed. Dxbx is a high-level Xbox emulator written in Delphi. It utilizes a Direct3D8 for graphics and emulates Xbox pixel shaders. Dxbx can boot a ton of XBox games pass the intros, but only a few can reach gameplay with speed slower than desirable. Dxbx can run many SDK samples and some game-intros, it has its own kernel and smoothly emulates controllers, sounds and graphics. Aside from this, Dxbx brings many rendering improvements. It’s without doubt one of the best Xbox emulator.

A lot of people think that Xbox is like a PC and as such should be easy to emulate. Trust me, this is just a silly and pointless argument and a very wrong frame of mind. The original Xbox hardware and architecture seems very complex and still poorly documented till date. So it isn’t easy to emulate. While the likes of MAME, OpenXBOX, Xenoborg, Fussion and Fission may seem to be a good Xbox emulator, they aren’t perfect and has been discontinued. So the above list are the original Xbox emulator that can be used to play Xbox games on PC.