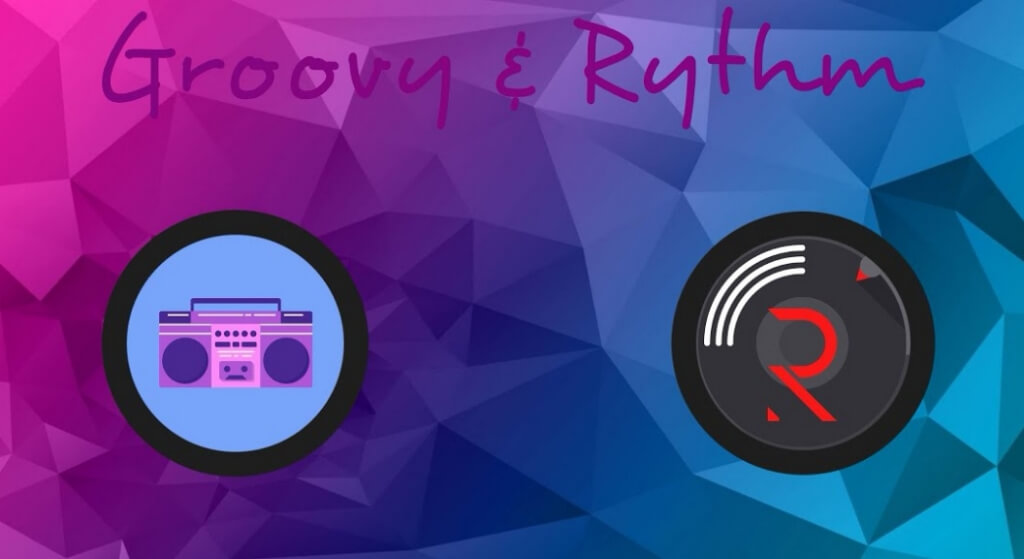 Groovy Bot and Rythm Bot are down, here’s top five alternatives to the most popular Discord music bots ever created.

If there is one thing I love about Discord, it is the ability to add different types of bots to a server. These AI-driven softwares can help you automate a number of repetitive but useful tasks and this includes welcoming new members, banning rulebreakers and moderating contents/messages.

Aside from the aforementioned, there are music bots which once added to a voice channel in a Discord server automatically stream songs live from various sources such as YouTube, Spotify, Apple Music and SoundCloud. Groovy and Rythm are two good examples, but it is quite unfortunate that they have been taken offline following YouTube’s crackdown.

Once known as the most popular music bot for Discord, Groovy and Rythm offered an easy way for users to play songs through file uploads, website URLs and through the search for specific songs. They come fully-featured, offering an option to skip, shuffle, loop and even search for song lyrics.

Now assuming you are looking for something similar, that is a working Discord music bot that features stuff such as unlimited queue playlist length and more, then here’s a list of the best Groovy Bot and Rythm Bot alternatives for Discord.

In a bit to dwarf the likes of Groovy and Rythm, Red spawned as a multi-function Discord bot and it is gradually gaining the popularity it deserves. For the uninformed, Red is simply an open source self-hosted Discord bot that offers tons of extensible functionality and customizations.

Not only can it serve as a music bot for Discord, but can be turned into an admin bot and more. Red pretty much does everything you can imagine. From imgur/gif search to custom commands, the bot features some games such as Trivia and Rock Paper Scissors.

That aside, it let’s users earn and play with credits in the slot machine. Now for the audio part, Red is quite fleshed out. Not only can it play music videos locally, but can also stream them from multiple sources such as YouTube and SoundCloud. It also offers support to create playlists and brings cool moderation feature, plugins and stream alerts that’s second to none.

Invite Red to Your Discord Server 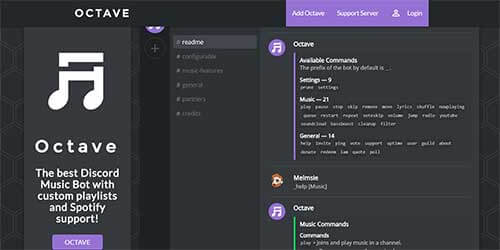 If you are looking for a Discord music bot that is similar to Groovy and Rythm with the capability to deliver high quality audio across hundreds of thousands of members on a voice channel in any Discord server, then you’re better off using Octave.

The bot can easily stream music from YouTube and SoundCloud and can also let you create playlists that you can listen to later. That aside, Octave brings an option to queue songs and you can even lookup their lyrics online.

It’s free per se, but features such as volume, bass boost, unlimited custom playlists, filters and longer track lengths can be unlocked by subscribing to the premium version. Octave’s ability to let members vote to skip a particular song is utterly amazing and we highly recommend it.

Invite Octave to Your Discord Server 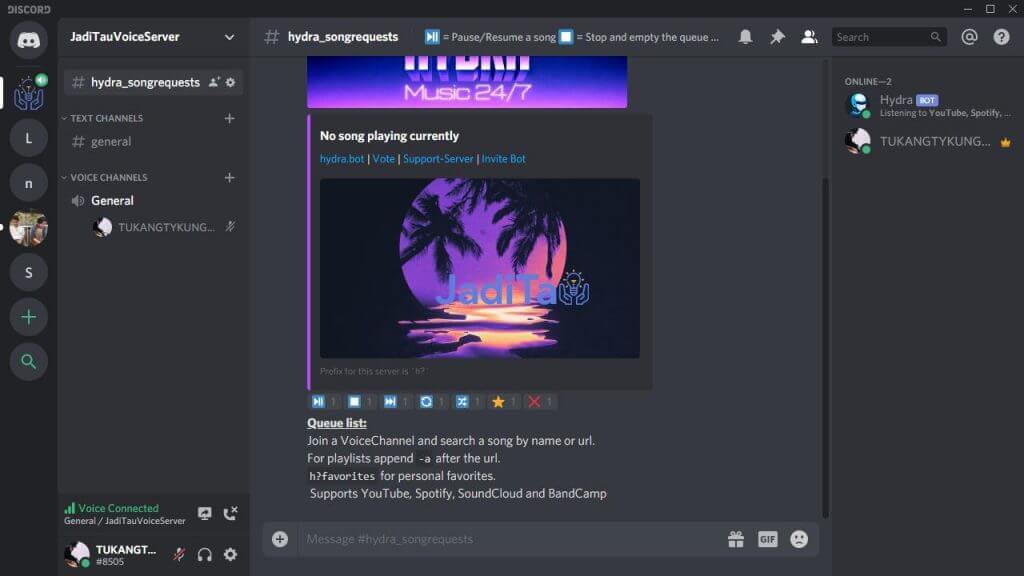 Following the cease and desist letter that was sent to Groovy and Rythm bot owners, Hydra has announced on Twitter that they will be dropping YouTube as a supported platform, but users can still stream songs from various sources such as Spotify, SoundCloud, Bandcamp, Deezer and more.

It is a solid alternative to Groovy and Rythm bot and their plans to change direction proves that it won’t be shutdown in years to come. Aside from offering a large selection of platforms to stream from, Hydra let’s users upload audio files that they can listen to or even stream online radio.

It let’s users create playlists and queues and can painlessly shuffle, loop, replay and even skip songs. That aside, Hydra brings an option to search for lyrics and music information. It features several admin-only commands and it’s 24/7 playback and audio effects is simply the best out there.

Invite Hydra to Your Discord Server 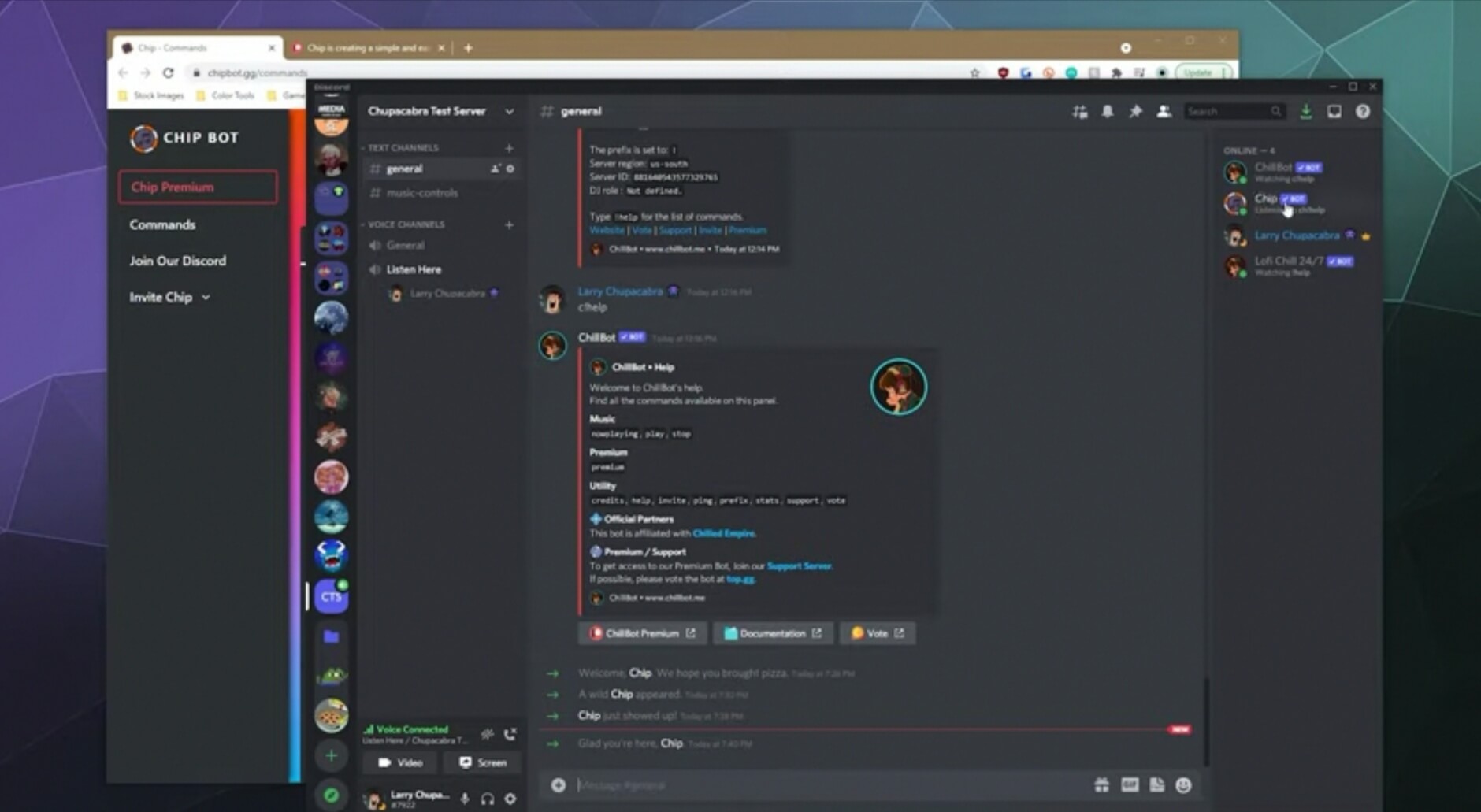 Chip is one of the top-notch music bot for Discord and it rivals both Groovy and Rythm bot in every aspect. It is as you’d guess, a bot that let’s users play songs from multiple sources including YouTube, Mixer, Vimeo, Twitch, SoundCloud and Bandcamp.

It comes with the ability to create playlists and queues and you can also skip, loop, shuffle, move and even replay your favourite songs. One of Chip’s strong point aside from the option to fast forward track is that it includes an audio control feature for free.

From bass boost to volume, treble boost, equalizer and vocal boost, Chip offers a total of 180 radio stations from around the world and also brings an option to display lyrics for a song. It’s 24/7 mode, vote locks bypass and ignore command cooldowns falls under the premium section but they aren’t worth the stress and money.

Invite Chip to Your Discord Server 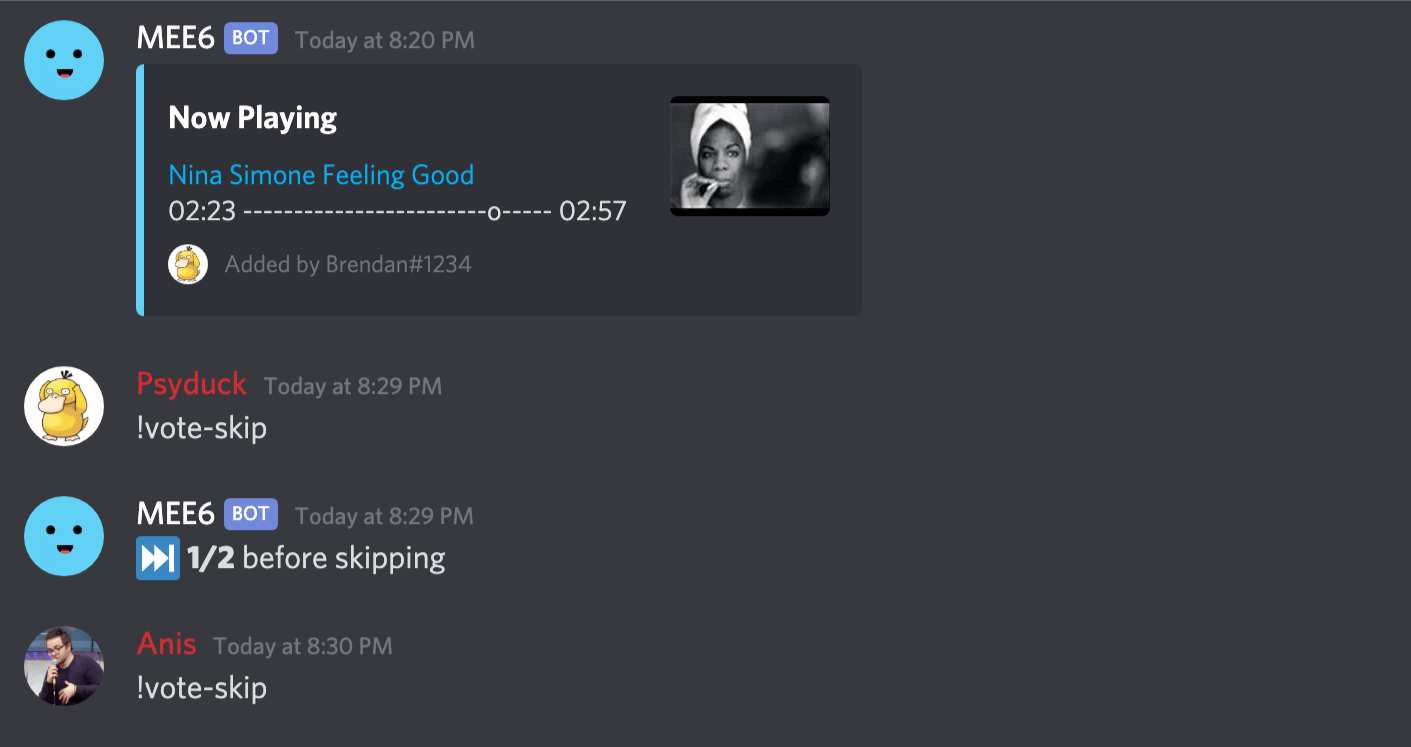 MEE6 prides itself as the only Discord music bot you’ll ever need and that’s probably true. One of the things that makes it standout from its competitors is that it includes a visual players that let’s you control music efficiently.

No commands, no problem. You can easily drag and drop to rearrange songs and even skip, pause and play them effortlessly. MEE6 is able to stream music from different sites including YouTube, Twitch and SoundCloud.

It’s dashboard let’s you view your queues, manage playlists and even search for and replay songs. There is also a fun music quiz included in the bot and assuming you are unaware, MEE6 also functions as a great moderation bot for Discord.

Invite MEE6 to Your Discord Server

So Which Discord Music Bot is the Best Alternative to Groovy and Rythm?

The answer to this question depends on what you need, as each Discord music bots listed above offers unique features. However, if you are looking for something that is easy to configure and use, then we recommend choosing MEE6.

If you need a fully versatile Discord music bot that offers most premium features for free, than Chip should be your go-to. For something that rips music off Spotify efficiently, Hydra wins. Octave is mostly known for its stability whilst Red albeit difficult to setup can be considered as the best modular discord bot put there.

Overall, these are the best Groovy Bot and Rythm Bot Alternatives for Discord.