Home » Pixel Gun Freebies Don’t Work, So Don’t Be Fooled By Any

Pixel Gun Freebies Don’t Work, So Don’t Be Fooled By Any 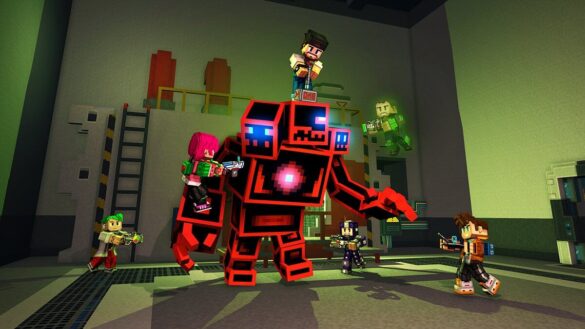 If it seems too good to be true, it probably is.

Battle Royale games have come to stay, thanks to PUBG and despite the fact that it offers a simple premise, most veterans still find its task daunting. While the likes of Fortnite and Call of Duty Mobile may have took the gaming world by storm, you’d be marveled to learn that there’s a gem that aims to appeal to all Minecraft lovers.

We are referring to Pixel Gun 3D, a spontaneous survival pixel shooter featuring the 80’s blocky graphics. As a cross between Mojan’s Minecraft and most Battle Royale games, Pixel Gun 3D gameplay consists of 100 players battling it out on an island after dropping off a plane and the goal is to gather resources whilst striving to be the last man standing.

For one thing, Pixel Gun 3D excels feature-wise. It brings over 800 different weapons, 40 useful gadgets and tools, 10 various game modes, beautiful maps, a zombie survival campaign and exciting mini-game. The game itself is pretty competitive and the costumes as well as pets are simply awesome but as a seasoned player, you’d agree with me that albeit addictive, Pixel Gun 3D isn’t generous.

Also Checkout: How to Hack Pixel Gun 3D for Free Gems and Coins

Just like Fortnite V-Bucks, Gems and Coins are arguably the most sort after commodity in Pixel Gun 3D. They’re specifically needed to buy things and get by and as such, a slew of players who can’t afford to shell out real money in exchange for these virtual currencies often opt for Pixel Gun Freebies, and this is where things start to get scary.

In a bit to earn money from what’s already popular, most of the disingenuous hackers navigating round the web often lay traps for noobs by creating dubious sites that claims to offer unlimited resources for a specific type of game provided they complete mundane tasks. One such website that depict such service is pixelgunfreebies.com, a fake resource generator that claims to offer unlimited gems for Pixel Gun 3D.

Is Pixel Gun Freebies Real? Does It Even Work?

The answer is No!. In as much as the platform itself is themed to mimic Pixel Gun 3D, this is only to deceive the gullibles. When you jump into the website for the first time, you’d be asked to input your Email/Username followed by the specific amount of gems you want and just below it lies the generare button which once clicked pops up a fake box claiming things are happening behind the scene.

But this is all fallacy, as you’d be urged to complete some sort of human verification which involves downloading any random app and running them for 30 seconds. Don’t do it, since you’ll only end up enriching the pocket of the site owner whilst gaining nothing in return. 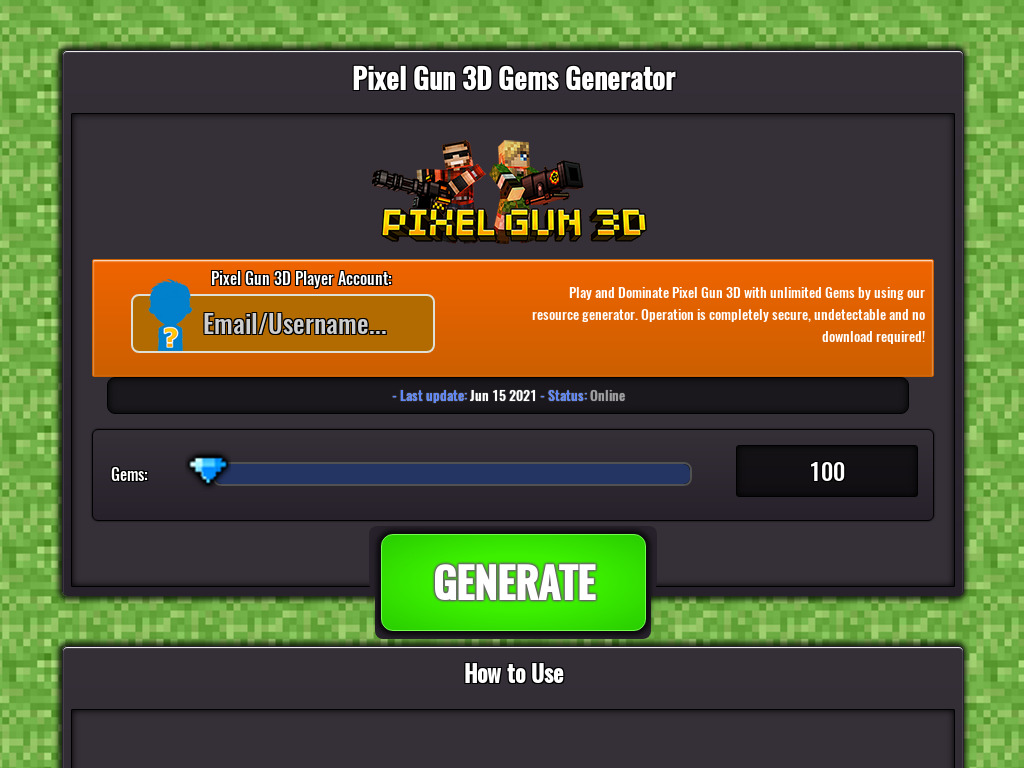 Just like most resource generators out there, Pixel Gun Freebies features a chat box where you’d see positive comments such as “Yes it works 100% for me” everytime you visit the site. But do not be fooled by this, as they are bot generated replies meant to trick newbies into falling for their scam.

To top it off, the number of online users actively displayed on the site is completely fake too. So we sincerely urge you to desist from using such site since it’ll only lead you to the usual assortment of survey links and at times, it’d go as far as infecting your device with malware and can even steal most of your sensitive informations or online credentials.

Overall, Pixel Gun 3D freebies is fake, so don’t be fooled by any.