Home » What is Keno Anyway?

What is Keno Anyway? 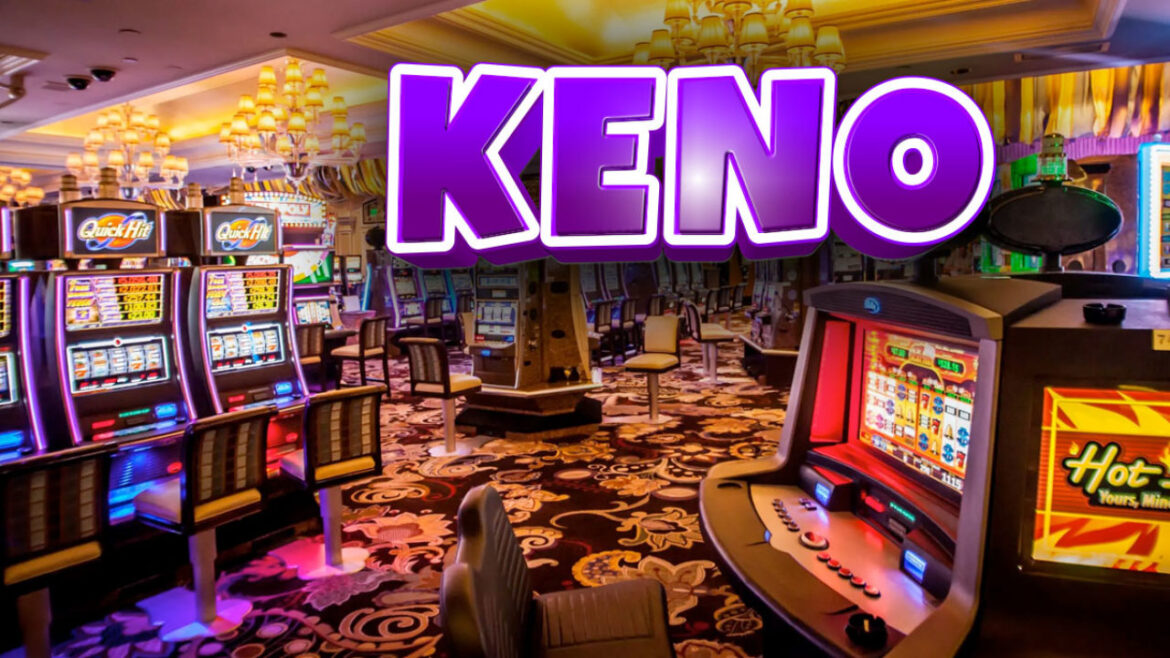 We must have all heard about the very popular online sensation game, Keno. Keno is a popular game all around the world. Especially in North America, it is a widely grown and popular game. So when it comes to this game, the North Americans are a regular. But here’s an interesting fact that could surprise you. The game’s origins can be traced back to China. Keno has an interesting history, which we shall look into more. It also highlights the game’s advantages for Chinese citizens.

What is Keno and its background

Keno is an online betting game played with cards usually having numbers from 1 to 80 on them. The player generally marks these numbers on the card as per the permissible limits and submits them for registration. Similar to other online lotteries, the prizes are offered on the basis of the numbers selected by each player. The game has a maximum limit of selecting 20 cards from an online slot on the basis of which the prizes are determined. Like all other internet games, Keno is a game with a long history and has evolved over several years.

According to historical records, Keno is said to have originated in the lands of China. Let us walk you through popular myths about the origin of this game.

Cheung Leung lived during the Han Dynasty 3000 years ago. According to legends, he was the person responsible for creating this game. But his intention of investing in this game was slightly different. He wanted to use the game of Keno to acquire money from the inhabitants of his city after he had exhausted all other political options. Several years later, Keno was used to earn finances for the Great Wall Of China.

There was an ongoing war, the country was short of finances, and the people were dying under a load of heavy taxes. In these unfortunate dark hours, Keno took birth as a means to ease out the situation. The king then realized that the game would generate a significant amount of revenue for the kingdom while allowing the participants to enjoy the rewards at the same. He intended to utilize the Keno funds to assist their town’s military in obtaining powerful weapons and other equipment. The odds of their opponents launching an attack on them were reduced when they had superior items of equipment. Because the game’s conclusion was transmitted to every town by white pigeons, Keno was originally called “White Pigeon.” White Pigeon, on the other hand, is nothing like modern-day Keno.

Leung himself designed this game by employing 120 out of the 1000 Chinese characters included in the old poem “The Thousand Characters.” It quickly earned the nickname of ‘White Pigeon’ owing to the role of birds in carrying the results to lands far afar. It was rapidly popular amongst the countrymen. But the authenticity of these tales is still shaky because the Chinese lottery was not legalized until the 1800s.

Keno was also not what it is now since the game employed 120 Chinese characters instead of the 80 numbers or spots that we see today. China still uses Chinese characters, but they only employ 80 of them, even though it took some time for the game to catch on.

There is a long history behind online keno games. The emergence of the Internet in the late 20th century is the major reason why we have seen an immense surge in Online casinos. Keno developers observed this trend and started coming up with more and better-developed software.

While it is computer produced using RNGs (Random Number Generators), similar to the pub and RSL type of Keno, it is linked to the software developer and online operator, allowing you to select when the numbers are picked. Furthermore, there is no need to complete any forms.

Evolution of Keno in New York

Let us now see how this game became so popular in the great city of Manhattan or New York. In 1967, the citizens of New York approved a constitutional amendment that allowed the establishment of a state lottery. That is when the New York Lottery was established. ‘Pick 10’ was the first keno-style lottery game. It was established in 1988 by the state. There, they also have a Keno game which is named The “Quick Draw” game. It was introduced to more than 2,000 stores across New York State in 1995. Keno is currently available in over 18,000 convenience shops, restaurants, casinos, newsstands, and other retailers in New York. Residents of New York can fill out a playing card to make their number selections, much like in the original game. Players can also use electronically randomized computer software to pick their choices.

Keno is a basic online casino game. Anybody without prior knowledge of the game can play it. However, one should not expect to play the game (as they’re playing in the comfort of their couch) in haste and take considerable time to select the cards and their numbers. You have to select Keno card numbers from the casino’s website. Normally, people are given the option to pick between 1 to 20. At any point, players can modify the total amount of real money that they deposit in their gaming account.