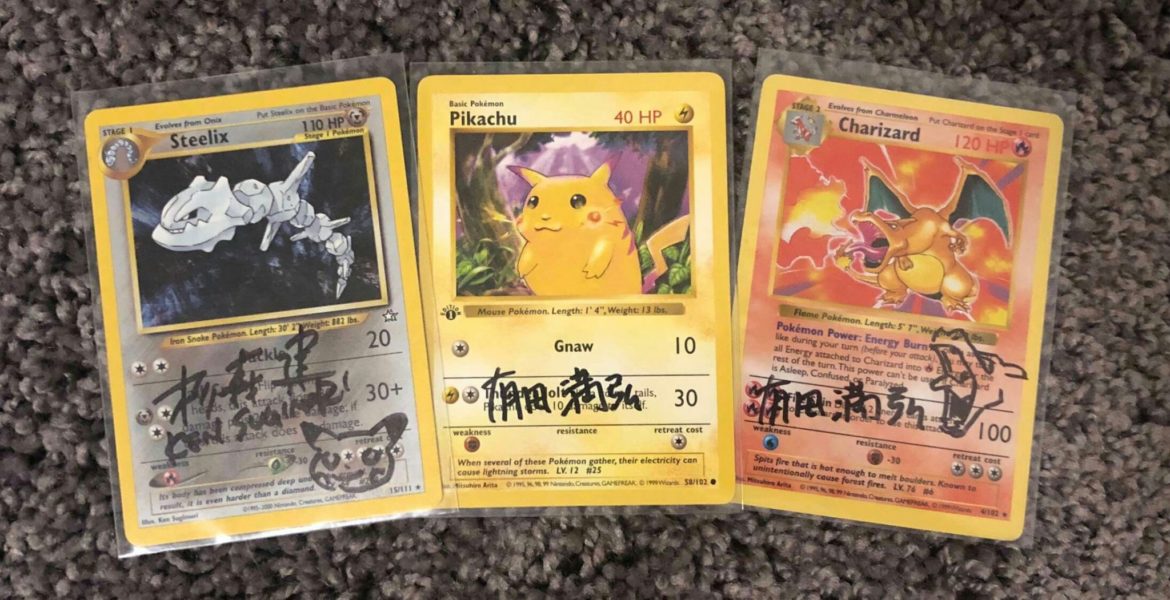 The Pokemon trading card game is a collectible card game that was first established in 1996 by Media Factory in Japan. It has since then, grown to become one of the top-selling game in the strategic card game subclass. A mere mention of the word Pokemon Cards will instantly give you the impression that it is kids stuffs, but trust me, it completely isn’t. Despite the fact that the company has shown massive interest in producing animated TV series and video game apps related to pokemon, they’re still highly focused on trading cards and have continued releasing rare and valuable cards that even adults collect-and play too.

Generally speaking, a Pokemon card is often considered as being valuable or expensive due to its rarity. Such cards are mostly given out to experienced players who scored highly in any official Pokemon competition or events and they can be graded using any of the three (3) major card grading companies like Professional Sports Authenticator (PSA), Beckett and SGC. Of course these cards are graded numerically, in a scale of 1 to 10 and if yours rates the highest, then it’s a Gem Mint and will surely worth a fortune. Now without further ado, here are the most secret and ultra rare pokemon cards of all time. 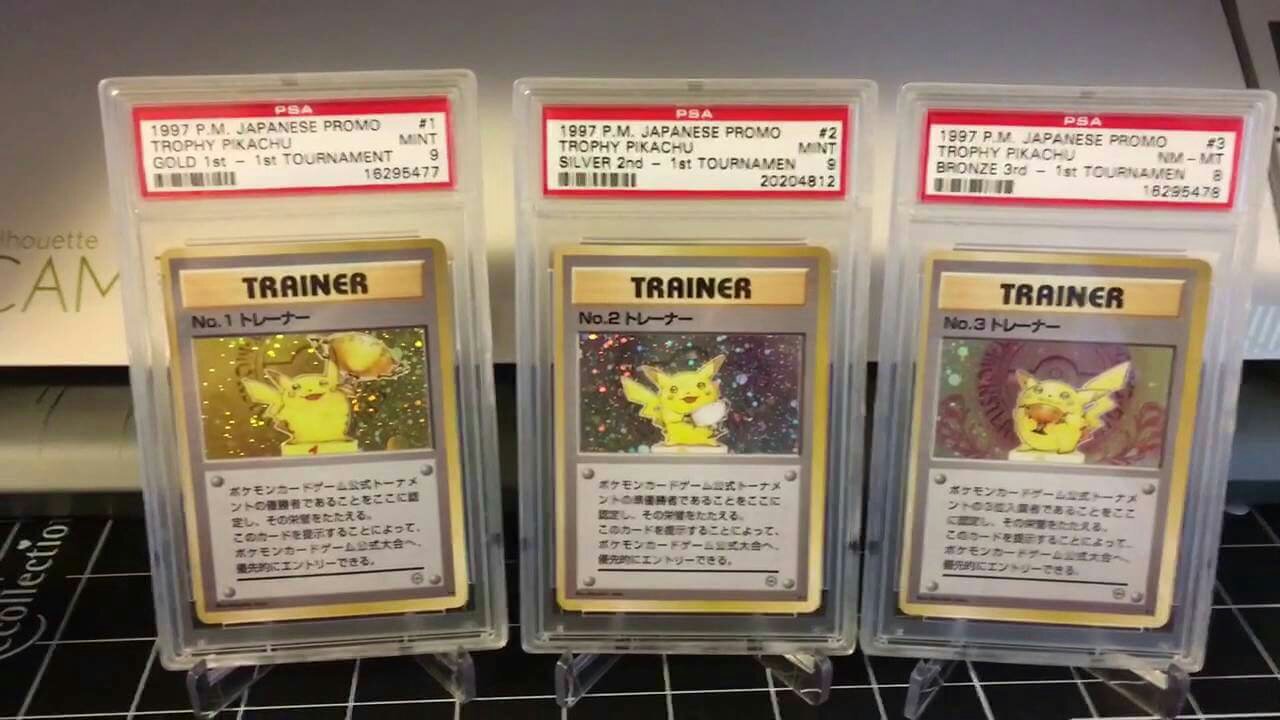 We kick-off with the trophy Pikachu No. 1, No. 2 and No. 3 trainer cards. They’re undoubtedly one of the rarest pokemon cards that are hard to come by, and this is because only one of each cards are being released each year. For one thing, the Pikachu trainer cards are exclusively given to winners as prizes in any japanese pokemon trading card game championships held worldwide. They are so valuable to the extent that they guarantee free entry to the next year’s tournament. Some do consider these set of cards as being priceless, but one has already being slapped on eBay for a whopping $70,000. 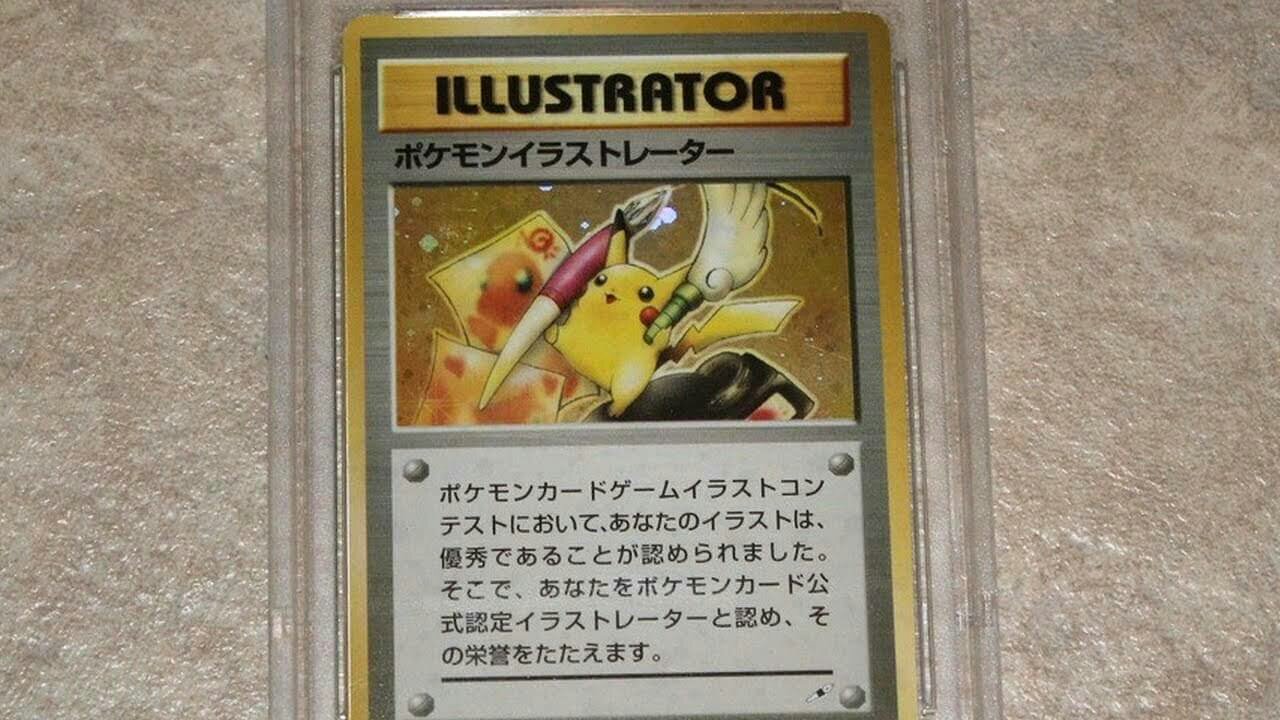 Pikachu illustrator which is also known as the Holy Grail of Pokemon is one of the most valuable pokemon card till date. It’s so rare that in 2016, one was auctioned at a price tag of $54,970. The Pikachu Illustrator pokemon card was originally awarded to winners of the CoroCoro Comic illustration contest in 1998. As of now, only a few out of the 39 copies that where made are still in circulation and if you happen to own a pikachu illustrator card that is still in mint condition, then you can easily resell it on eBay or anywhere for up to $100,000. 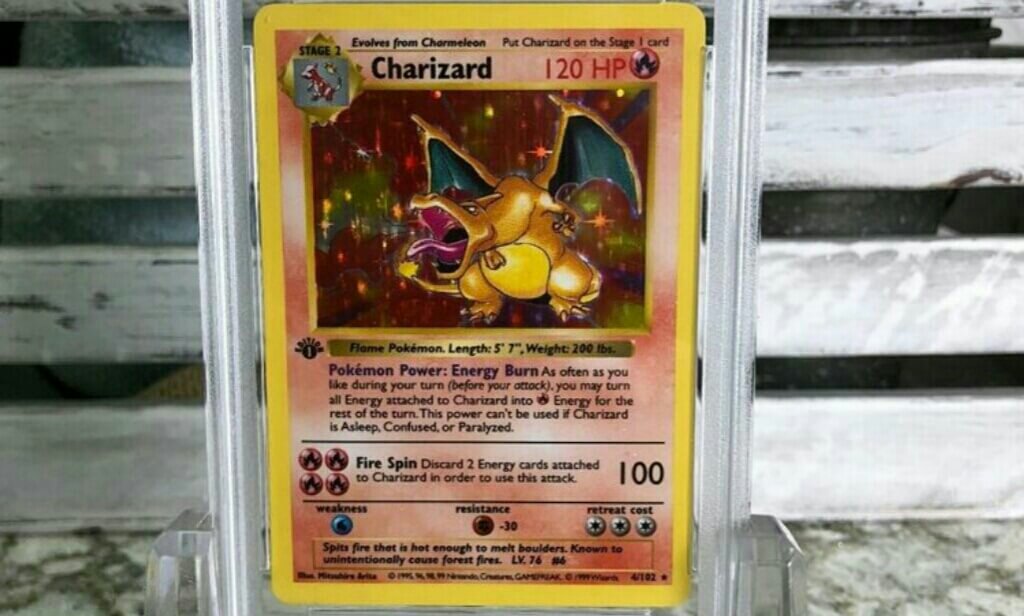 Known to spit fire that’s hot enough to melt boulders, Charizard became one of the most popular pokemon characters that millions of kids were chasing back then. It’s literally iconic and has progressed to become a very valuable pokemon card that’s worth a fortune. As you might have known, there are different version of the pokemon Charizard. The original version which isn’t in 1st edition or in very good condition isn’t worth up to a thousand dollar, but if yours happen to be in mint condition with the first edition and shadowless tag, then you’re in dollars. To recall, the 1st edition shadowless holographic Charizard was once sold for $55,650 on eBay. Talk of making $$$. 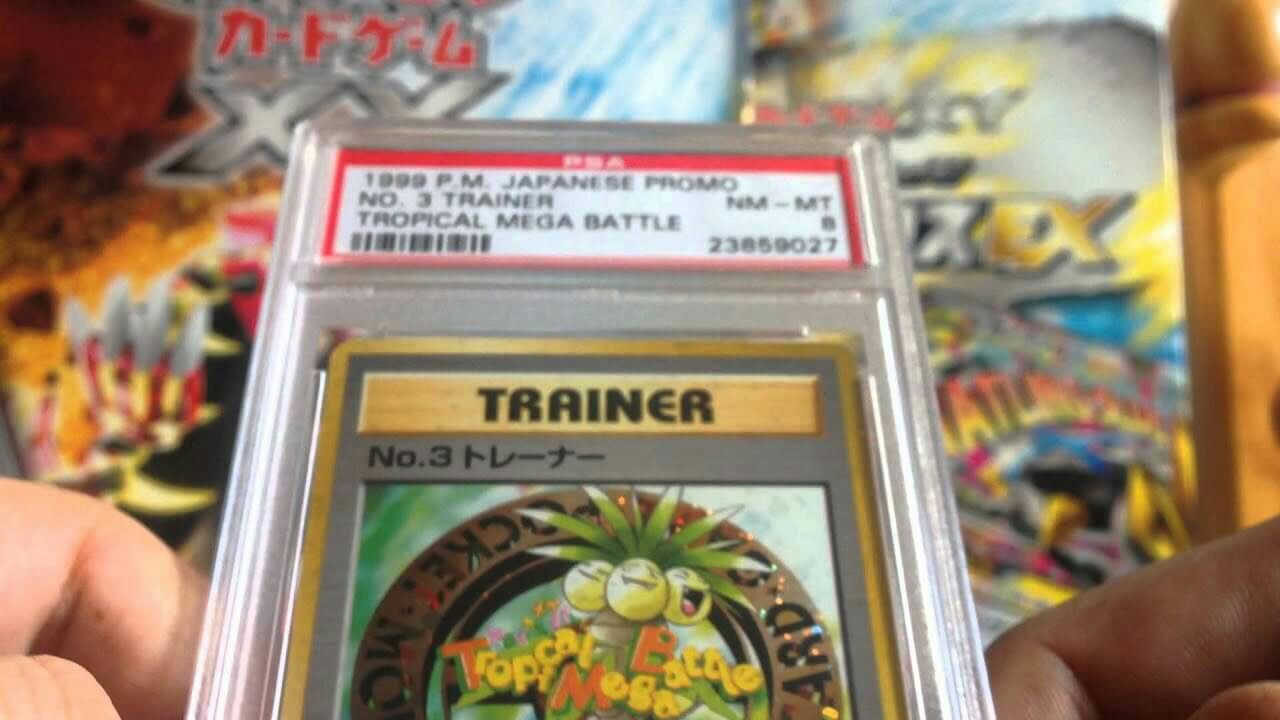 The tropical mega battle was a tournament held in the 1990s and early 2000s. Back then, players from different regions such as Latin America, Japan, US and Europe came together to play at the Hilton Hawaiian Village. It was actually a predecessor to the annual pokemon championships. During the event, promo trainer cards were specially created for each tropical mega battle and they were awarded to players who took the first, second and third positions. They are exceptionally rare and as of writing this article, there’s an authentic pokemon Japanese tropical mega battle 2nd place trophy card available on eBay for $60,000. 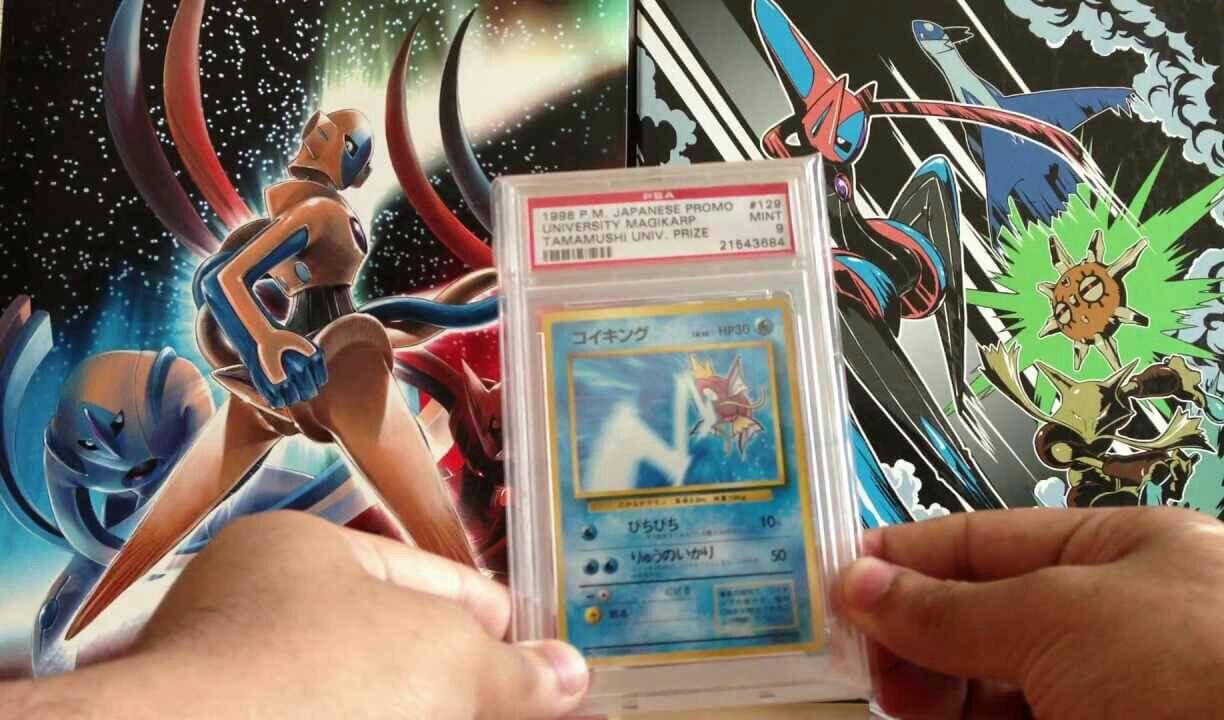 Magikarp is a rare gem. It is surprisingly one of the rarest pokemon cards in the world and that is because you do have to pass the Tamamushi university hyper test before you can get it. For those who passed the test, an invitation to a two days conference in Osaka where given to them, and on the D-day, selected players gets separated into three categories and were then assigned groups based on the various Gyms in the pokemon games. Each group then battle their opponents and at the end of the day, whichever group that comes out victorious gets to go home with the magikarp tamamushi university promo card. There’s even one on sell on eBay right now, and it sells for $5,000.

If you have a bunch of pokemon cards that has been gathering dust in your closet, then it is time you bring them out and exchange them for some real dollars. There prices keeps rising everyday and some are now worth more than a thousand dollars. They do be enough to pay for your rent and college tuition. So you see, just like bitcoin, pokemon cards could be a great investment.