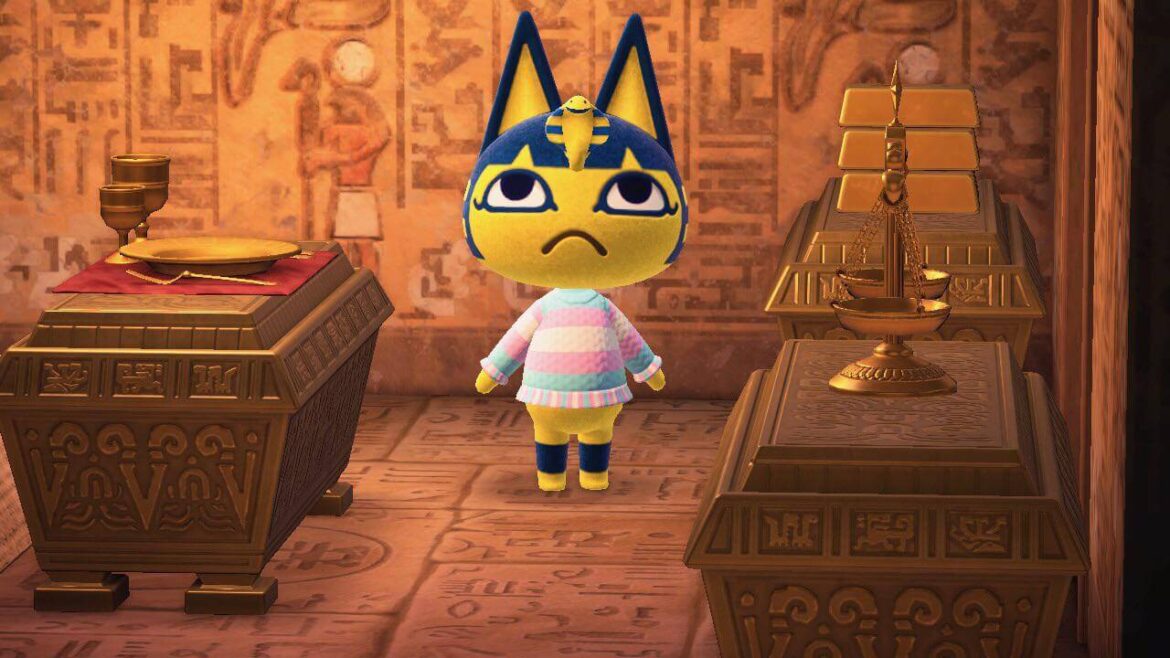 Ankha dance is a trending short clip on TikTok. So assuming you are looking to experience it firsthand, then here’s where to watch Ankha dancing original video.

Animal Crossing is an endless, non-linear social simulation that revolves around making friends with the anthropomorphic animals that move into your town. Its gameplay task players to save money and pay off their mortgage by collecting and selling natural materials.

Players can equally choose to wander around enjoying the game’s scenery in addition to improving the town’s facilities by performing day to day activities such as gathering fruits, fossils, shells, bugs and artwork.

It is a great game per se, featuring tons of characters that can populate your village. Raymond aside, Ankha is perhaps the most-wanted islander in Animal Crossing and this is true – thanks to the Ankha dance video circulating round the web.

Inspired by the Egyptian queen Cleopatra, Ankha which is based on ankh, the Egyptian hieroglyphic character that means life is a snooty cat villager that may appear arrogant at first but warms up to players as they spend adequate time with her.

Following her popularity, some creative fans have taken to various platforms such as YouTube and TikTok to upload videos of her dancing to a tone ripped off of the game.

In the video, Ankha can be seen dancing both inside her house and through space and time. While many think it is merely a dance move, the original Ankha dance video depicts the dancing as sexual motion.

As with all things trendy, a lot of fans have been spotted cosplaying Ankha in most viral videos on social media. Now assuming you are looking to watch the original Ankha dancing video, then read on as we unravel where to do so.

There are several variations of Ankha video but they are only but a cheap cut-out of the original clip. On YouTube, you can find several versions of the Ankha dance video with the explicit part cropped out.

While they are overly fun to watch (thanks to the catchy music featuring Egyptian flair and poppier elements), you may be curious to watch the original Ankha dance video.

If that is the case, then we recommend heading over to our previous article using the URL below to discover where to watch the Original Ankha dancing Video.

Note: Albeit interesting, the original Ankha dancing video viewable in the link posted above contents NSFW elements. It is basically the R-rated version of the trending clip and as such not suitable for certain audiences.

So this is basically what Ankha dance video entails as well as where to watch the original Ankha dancing video. In summary, happy viewing!.

If you don’t mind, why do I regret Ankha for anybody’s good? It’s because I’ve never seen in my 23 years of life talking about my first favorite villager called Ankha which is a kitty version of Cleopatra. Everyone knows what happened with Z0NE’s video.

Everything’s gangsta until the banned TikToker inosukessweatyfeet started all of the NSFW spread out of any social media in September 2021. I supposed that the Ankha video is only for adults, but the warning for community guidelines of social networking was ignored by TikTokers.

I began to reply to everyone on social media (especially Twitter) to know about her internet trend, and regret Ankha as a snooty cat villager for a videogame for all-ages.

My obsession with Ankha would mark on my life as a scar from a headache, & I worry about the Ankha ban for politically correctness in which people and companies exclude bombshells characters.

At least I love Ankha the snooty cat as you think. Not because of the internet, but playing #AnimalCrossing each day since March 26, 2020, and knowing her 9 years before the lewd meme happened. Someday in the future, I’ll still remember Ankha in a Nintendo game.

And I don’t understand why perverts consume all the lewd? Cuz they’re just gonna be bored and there’s nothing to do? Or simply for each of their own? They destroyed the Ankha’s images? Wouldn’t Nintendo have banned Ankha for “Political correctness”?

My perspective is: I don’t care if they fucked Ankha, I simply regret my own life such as send a message about Ankha’s official appearance and forget the Ankha Zone, advise the NSFW memes to do not upload things that doesn’t have a disclaimer, and resist against toxic fandoms.

And I simply don’t care if they block me, they just like cowards who don’t care about me without reason. I didn’t scold, insult or mean anybody, I mustn’t but the Ankha Zone’s meme generators made me do it because I considered Ankha as one of my favorite characters of Nintendo.

I will continue loving Ankha whether anybody likes it or not, simply I want to bring my good life back. And continue as Ankha Zone never existed. And remember for adult content creators, An NSFW content with a +18 disclaimer is better than hasn’t for everyone’s sake, and let the official information be the first rather than fandom on the internet.