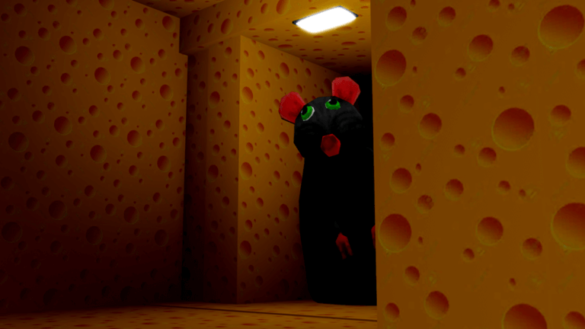 On Roblox, scary games galore! From The Mimic to Dead Silence, then there’s Piggy, Apeirophobia and Cheese Escape. Created by Spirow734 in 2020, Cheese Escape is one of the most popular horror games on Roblox.

Its gameplay task players to avoid a harmless rat whilst collecting cheese keys and solving a variety of puzzles in a cheese-themed maze.

Now assuming you are looking to play god or to simplify your gameplay by acquiring all cheese keys, then here’s a list of all the currently active Roblox Cheese Escape Script to utilize right now.

With over 12,000 concurrent players and up to 297 million visits, Cheese Escape offers support for scripts. So without further delay, here’s all the cool cheese escape script worth executing in-game.

How to Execute Scripts in Cheese Escape

Once installed, simply go ahead and jump into Roblox, then fire up Cheese Escape as well as the downloaded exploit. Next up, copy and paste any of the scripts listed above into the box found within the executor.