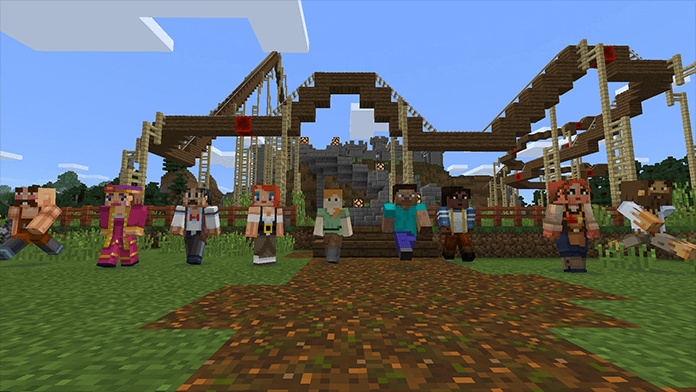 Minecraft skins galore and due to this, it can be pretty overwhelming to select a suitable one for your character. Hence in other to help you, we’ve curated some of the cool Minecraft skins that are free to download.

Grab that pickaxe boy and come with me for it is time to mine a variety of raw materials and build all sorts of construction to keep you safe from dangers. Huh! Dad what is happening, you do know this things aren’t feasible in real-life. I know son, but they are doable in the virtual world of Minecraft.

Minecraft! what’s that?. First released in 2009, Minecraft has grown to become a very popular game. Its popularity is greatly “attributed” to its uniqueness. Graphics-wise, it sucks. There is no story nor life-like world to explore neither is there achievements to pursue.

It completely differs from most modern titles out there, hence there’s no goal. Minecraft joy exist literally in exploration, building various structures, gathering resources, crafting objects and fighting villains. But aside from these, the ability to customize characters with different skins in other to make them look cool is what makes it most interesting.

At its core, Minecraft skins are basically textures placed onto a character or mob in other to make them look cool. While a slew of players find it fun making their own skins, others don’t. So assuming you fall under this category and probably do not want those generic boy and girl skins as well as creeper hoodie skater with headphones, then here are the best and/or cool Minecraft skins that are free to download.

You do know there are a plethora of Minecraft skins right? From Iron Man to Thor, then there is Hulk, Chewbacca, Batman, Thanos and more. While these skins are considered the best, we aren’t going to list them here. Instead, we will unveil all of the Minecraft skins we think are cool and suitable for boys as well as girls. So without further delay, here’s a list of all the cool MineCraft skins that are free to download.

You do know Minecraft universe is mysterious, untouched and probably waiting to be explored right? And I am sure you are also aware that dangers lurk around every corner and survival can prove difficult for even the bravest explorer. Fortunately, these Minecraft skins will put you in the mood. So go ahead and slap them on prior to adventuring.