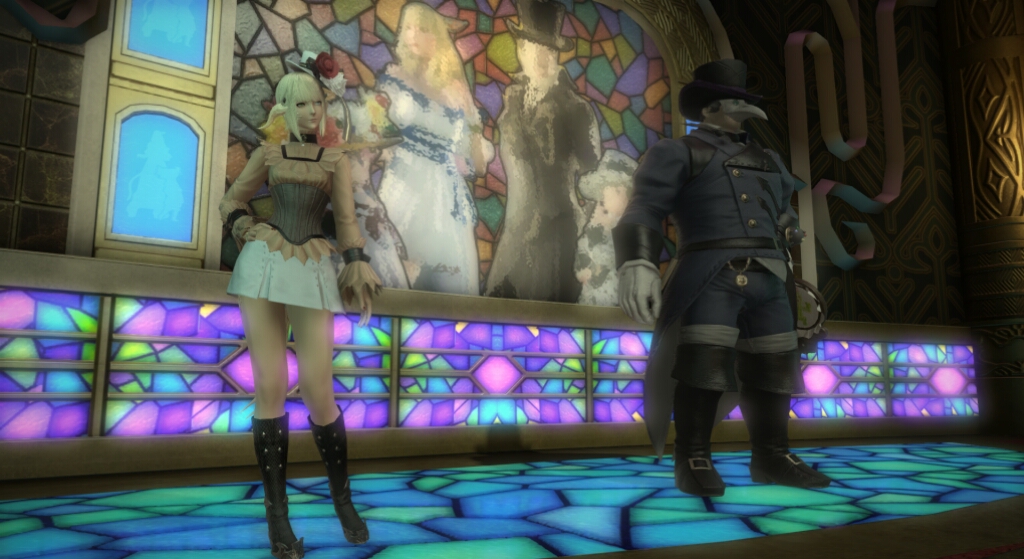 FFXIV Fashion Report has matured to become a very popular phenomenon. So if you are looking to score 80 to 100 points and gain 60,000 MGP as reward, then here’s a guide for this week’s FF14 Fashion Report.

Final Fantasy XIV is one of the best MMORPG that’s hard to recommend. Its visuals, compelling story and in-depth crafting are among the major reasons it’s still alive today but aside from this, it offers a plethora of useful contents that takes hours to explore. Its gameplay is set in a “beautiful” 3D world known as Eorzea and players are meant to choose from one of five different races as they try to defend their realm from oppositions.

Aside from the main scenerio quests, players can easily embark on side quests that rewards them with resources such as clothing, weapons, food, housing and more. Details aside, FFXIV doesn’t lack features. It is an amazing MMO that offers something for everyone and aside from the enormous crossover events, you’ll discover tons and tons of seasonal in-game festivals that is worth partaking.

One such festival that will greatly amaze you is the Fashion Report, a contest that task players to create their best themed ensemble for grading.

Targeted specifically at players who fancy themselves sartorial geniuses, FFXIV Fashion Report is basically a weekly challenge at the Gold Saucer where Masked Rose gives out a theme to which players must “prepare” then dress themselves before going to him for judging.

The judging time starts on Friday and participants are graded on a scale of one to hundred. But prior to partaking in this contest, you’d need to meet some prerequisites which includes “reaching” level 15 of game, completing the quest “It Could Happen to you” and unlocking the Gold Saucer.

Once this is done, you can then begin your ‘fashion adventure’ by speaking with Lewena who will give you the Passion for Fashion quest and from there, you can talk to Masked Rose at the Gold Saucer to learn what theme he has assigned for the weekly Fashion Report.

FFXIV Fashion Report doesn’t come without rewards. Infact it rewards players with cold virtual cash and equally give them access to Kasumi’s boutique where unique items abound. To show how generous it is, players are rewarded with 10,000 MGP for participating in the Fashion Report challenge.

But there’s an extra reward of 50,000 MGP and a one-time Fashion Leader title that can be given to players who scored 80 to 100 points respectively.

Knowing fully well that it’s possible to partake in the Fashion Report contest up to four times each week, players can easily use this to their advantage and as such look for hints that will improve their scores drastically.

Fortunately, one of our fellow adventurer Miss Kaiyoko Star have decided to trade information on the best outfit that can improve grading results and it’s visible within the image below. 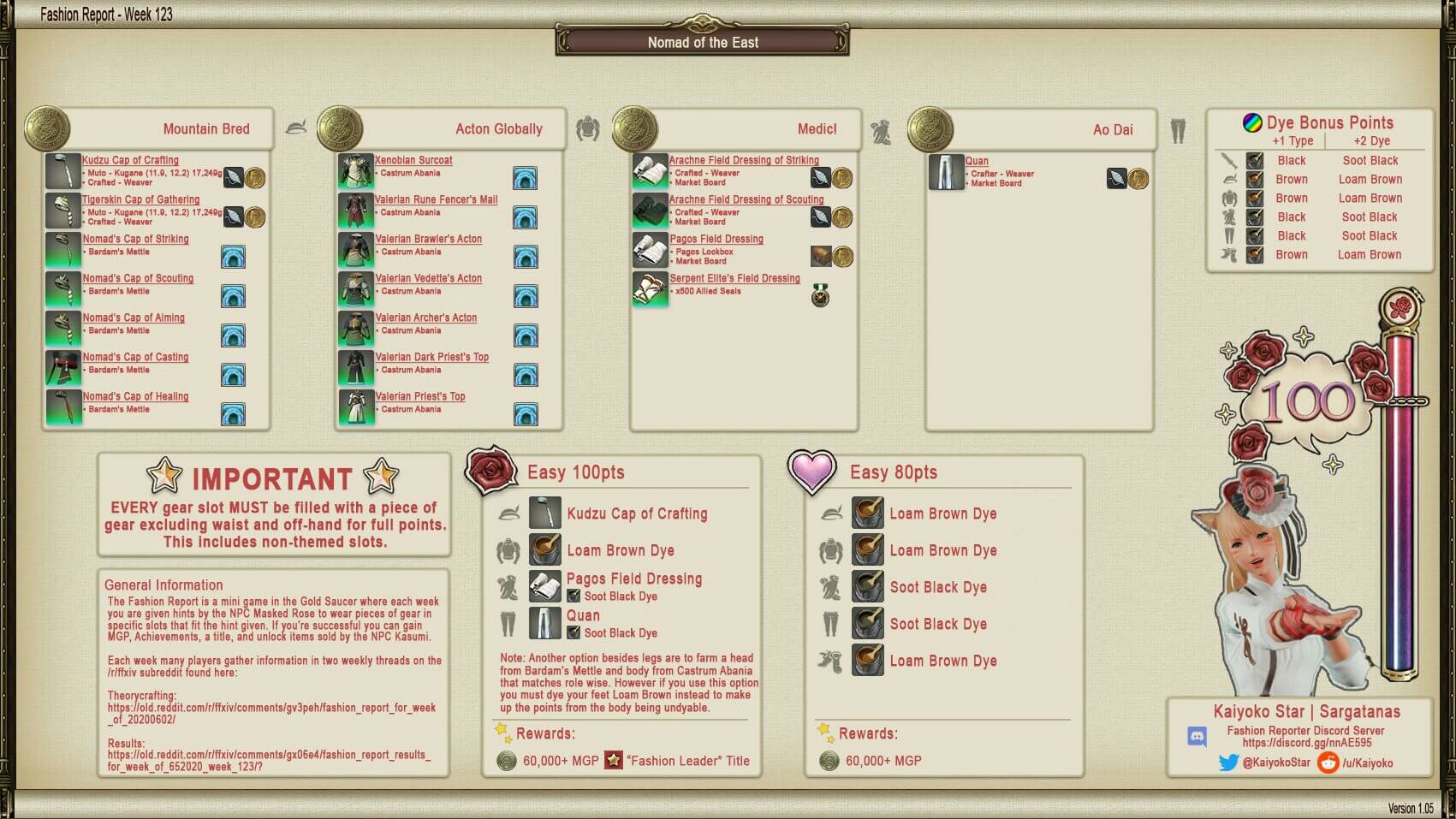 Do note that most of the items in the picture above can be crafted or bought from the marketplace.