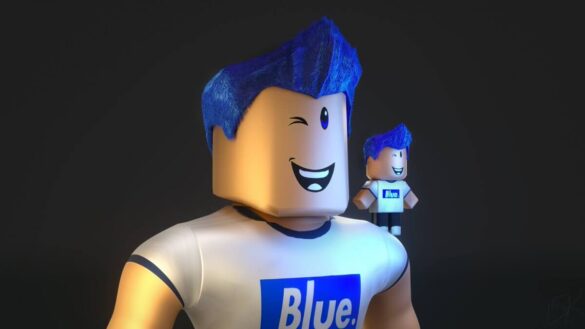 Hair is undoubtedly one of the most important elements of making a believeable character in video games and they’re extremely tricky and hard to get right. Hence if you’re out of Robux and probably looking for something that isn’t paid, then here’s the best free Roblox hair to adorn your character with right now.

Calling Roblox a video game doesn’t really do justice to the grandeur of its concept. In reality, it’s much more than a game creation platform. Think of it as Steam, but for kids. For one thing, Roblox is simply a site with an app where kids visit during leisure to play 3D games created by other users.

It’s hugely popular, especially in the United States and the company boasts that it currently hosts over 20 million games published on the platform. Now unlike Steam, Roblox offers endless possibilities with an immense character customization you’d hardly see in any video game.

From eyes to face, players are given the option to modify almost every single aspect of their avatar including their hair. Now as you’d know, there are a plethora of these assets on the Avatar Shop, but most of them are sadly paid.

Nonetheless, we urge you not to get disappointed as there are still a sheer amount of Roblox hair that doesn’t fall under the premium category and you can easily put them on your character. So if you’re looking to get them, then here’s a list of all the free Roblox Hair to wear right now.

Hair pretty much makes up a good video game character design but they are pretty expensive and the balancing is never ending. However if you are short of Roblox in-game currency but want the best free hair available on the platform, then you can simply pick one from below.

Note: Click on the image to get your free Roblox hair

Customization is pretty much essential in any video game as they make avatars stand out from the crowd. With these Roblox free hair, you won’t only look smart and eye-catchy but will also stop others from seeing you as a noob. Overall, these are currently the only free Roblox hair to wear right now.