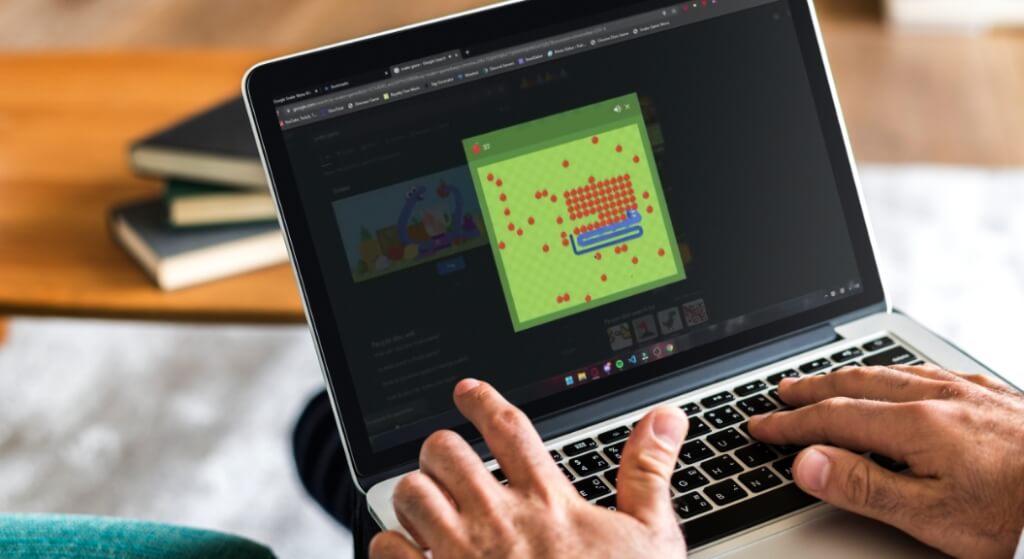 Google Snake Mods galore. So if you are looking to unlock all items, then here’s the best Google Snake menu mod to utilize right now.

If you are looking to relive what you experienced in the Nokia 3310 phones, then you’re better off playing Google Snake. Released in the year 2017 as a remake of Blockade, Google Snake is a browser-based arcade game which task players to control a snake within a grid with the goal to maximize their score by eating fruits that randomly appear on the screen.

The more fruit your snake swallows, the more it grows in size and to avoid losing, you’d have to ensure the snake doesn’t crash its head into a wall or into its own body. For one thing, Google Snake offers a modern look as well as different game modes, but assuming you are looking to spruce things up, then here’s the best Google Snake Mods to utilize right now.

Modding to simply put, is the act of altering or modifying a game’s files in order to add new content. It is often considered an important part of gaming since it allows players to contribute to games they love.

Now in a bit to simplify the Google Snake game, a developer on github released a mod menu which unlocks a dozen of content in-game. So if you’re looking to score high or to unlock tons of fruits and more, then here’s how to mod Google Snake game.

How to Mod Google Snake Game

To begin with, you will need to download the Google Snake Menu Mod published by fizhes on GitHub. So make sure you are on Chrome, then jump into the following URL;

Next up, click the three-dots located in the top-right corner of Chrome and then hover your mouse over Bookmarks and select Bookmark manager from the drop-down submenu.

Once the Bookmark manager opens, click the three-dots in the top-right corner of the Bookmarks bar and then select Import Bookmarks from the drop-down menu.

This will bring up your File Explorer. Go ahead and locate the MoreMenu file you downloaded from the URL above. Once found, select it and click Open to import it to your bookmarks.

Now you should see a folder named Imported on the Bookmark manager page. Click on it and then drag the More Menu Stuff to the Bookmarks bar.

Once done, click on the three-dots beside the imported folder and select delete from the drop-down menu. Next up, rename the More Menu Stuff to anything you desire (we’ll rename ours to Snake Game Menu) or leave it as it is.

Once you arrive at the page, click on the Play icon once to bring up the game’s window.

From here, select the Gear icon and then click on More Menu Stuff or Snake Game Menu (depending on what you renamed it earlier) directly from the Bookmarks bar at the top of the screen to implement the mod.

This will automatically unlock all the items in the game and by so doing, you will be able to grind less and even customize your snake appearance whilst gaining points.

So this is arguably the best Google Snake menu mod to utilize right now. However, if you find the implementation process cumbersome, then you can easily copy and paste the code from custom.js into Chrome’s developer console and then type in the following command window.snake.more_menu(); and hit enter to activate.

To open the developer console window in Google Chrome, click on the three-dot located in the upper-right-hand corner of the browser. From here, select More Tools followed by Developer Tools. Alternatively, you can use Shift + CTRL + J to access Chrome’s developer console on Windows.