Having played the how to train your dragon game, I was glad to see the movie on Netflix. Yeah I watched it, and I am going to reveal a game that’s quite similar.

Just like Disney, DreamWorks has produced a ton of awesome animated movies targeted at kids and adults alike. From Shrek to Kung Fu Panda, then down to Over the Hedge and How to Train Your Dragon. The latter luckily is available on consoles and it is regarded as a fairly decent game. Its story takes you into a mythical world of Vikings where you play as either Hiccup or Astrid while participating in various fighting tournments with the Dragon you have trained. How to Train Your Dragon may be a bit of a boring game on the training side, but for kids who have seen the movie and played the game, they do likely be interested to play something similar. This is where the video game DreamWorks Dragons: Dawn of New Rider comes in to play.

Also Read: You Can Now Play The Original GTA 5 On Android

It is literally a video game based on How to Train Your Dragon and It incorporates an action role-playing feature that’s awesome. For one thing, Dawn of New Dragon isn’t a tie-in to the original how to train your dragon movie. Instead it tries to do something completely different in an admiring way. The game’s storyline isn’t Hiccup’s to tell, rather it portrays a young scholar by the name Scribbler as the protagonist.

With no memories of his past, Scribbler forms an immediate bond with a beast dubbed Patch, who’s a unique breed of Dragon capable of acquiring different type of powers as the game progresses. As co-op pair, scribbler and patch journeys across the islands, battling fierce enemies and evil villians who destroyed the dragon sanctuary built by Hiccup, Toothless and his Dragon Riders. The adventure takes the duo into a puzzle-filled dungeons while helping them recover their long lost memories.

Featuring a Zelda-like lair and Dabio-like fighting style, I personally do not fancy the combat section. It’s quite tiresome, but the puzzle makes up for this. As the game progresses with Patch getting older, he learns a plethora of different elemental attacks such as ice, fire and electric. His usefulness in various battles and puzzle solving was really what glued me to the game. 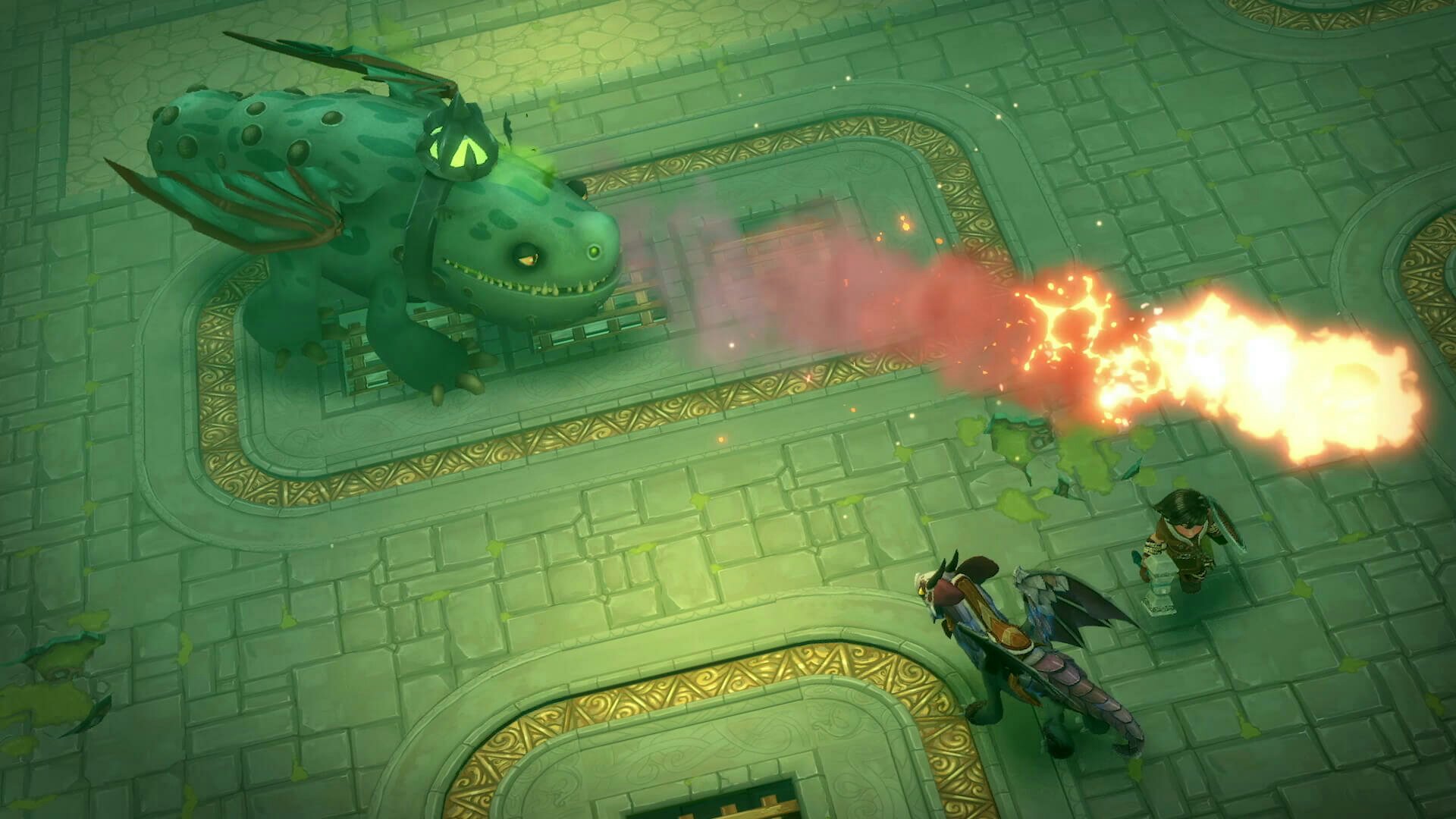 Assuming you are in control of Scribbler and comes across an impassable body of water. You can easily switch to Patch and use his ice breath to make a way. The Dragon can also fire ranged attacks on enemies and can equally serve as a device to open new areas and activate switches.

Despite the fact that it doesn’t allow players to train dragons just like what we’re used to in How to Train Your Dragon, Dawn Of New Riders is still a great game to play and it is currently available on Steam for the Xbox One, Playstation 4, Switch and PC.