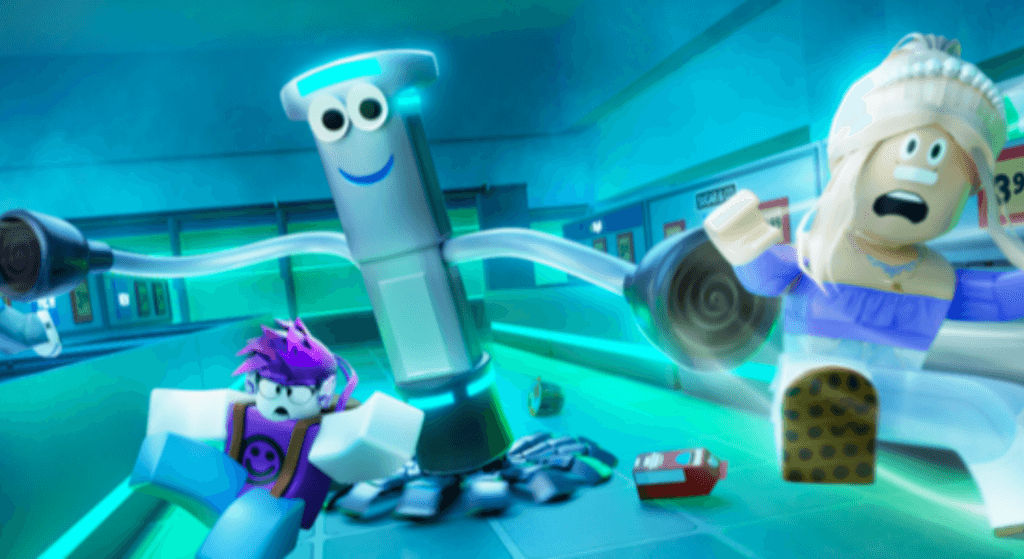 Panik script galore. So if you’re looking to get infinite gems, as well as hacks such as bot ESP and more, then here’s all the active Roblox Panik Script to utilize right now.

Albeit a kid’s playground, Roblox houses a plethora of scary games that you can play during leisure. From Doors to Dead Silence, then there is Panik, a recently released horror game created by the developers NK x BigB. Culminating over 25 million visits, Panik is extremely popular in the sense that it sees more than 7,000 active players daily.

Its gameplay for the uninformed takes place in Wobmart where an autonomous store cleaning robot designed to perform task such as garbage removal derive pleasure in hunting customers at night. As the player, your objective will be to swiftly scan and pick up the items you need as you try to escape from the sentient machine.

Panik despite addictive is a very difficult game to play. So assuming you’re looking to progress faster or to simplify your gaming experience using hacks such as Teleport, ESP and more, then here’s a list of all the currently working Roblox Panik Script to utilize right now.

From Auto Farm to Speed, God Mode and more, there are a ton of Panik scripts out there on the internet. So if you are already itching to get your hands on the feature-rich ones, then here’s the best Roblox panik script to execute right now.

How to Execute Scripts in Panik

Once installed, simply go ahead and jump into Roblox, then fire up Panik as well as the downloaded exploit. Next up, copy and paste any of the Panik scripts listed above into the box found within the executor.