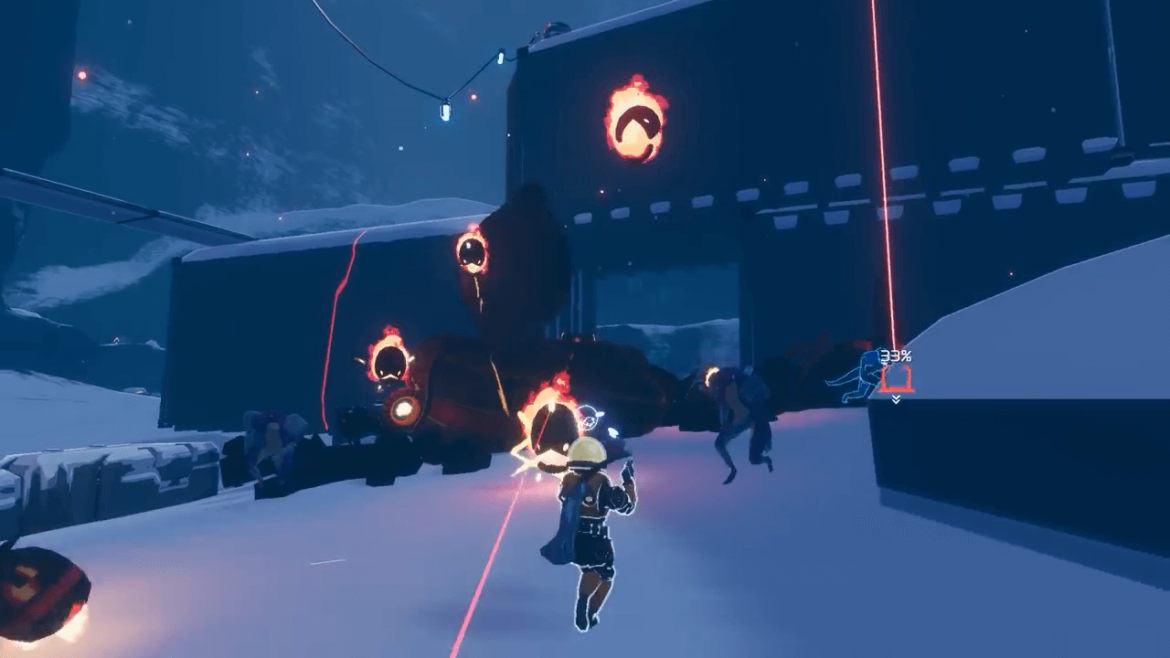 When Hopoo Games launched Risk of Rain in 2013, I didn’t get to play the game and this was simply due to the fact that it debuted as a 2D sidescrollimg shooter. Fast forward to 2019, Risk of Rain 2 spawned and once I’d heard it’s a third-person action shooter, i hurriedly went to Steam, picked one up and oh boy, I wasn’t disappointed.

For folks unaware, Risk of Rain 2 is a roguelike video game that takes place in a randomly generated universe where players are tasked to locate and activate a teleporter whilst defending themselves from an onslaught of monsters and bosses.

Whilst playing, players gain experience and currency by defeating enemies and the latter can be used to open chests that drop items in each level. Picking these powerups can boost your character strength and make them more stronger.

Aside from its “multiplayer mode” and the plethora of characters that possesses unique traits and abilities, one of Risk of Rain 2 strong point is that it’s moddable. From RogueWisp which adds an entirely new character as well as a new late game boss to StutterStunter, Multitudes, PlayableAkali and more, you’d find a slew of mods for Risk of Rain 2 that are too overwhelming.

But we aren’t here to list them all. Instead, we are going to unravel the ones we are currently using and trust me, they’re the best. So if you have already installed R2API and BepInExPack, then here’s a list of the best Risk of Rain 2 mods to utilize right now. 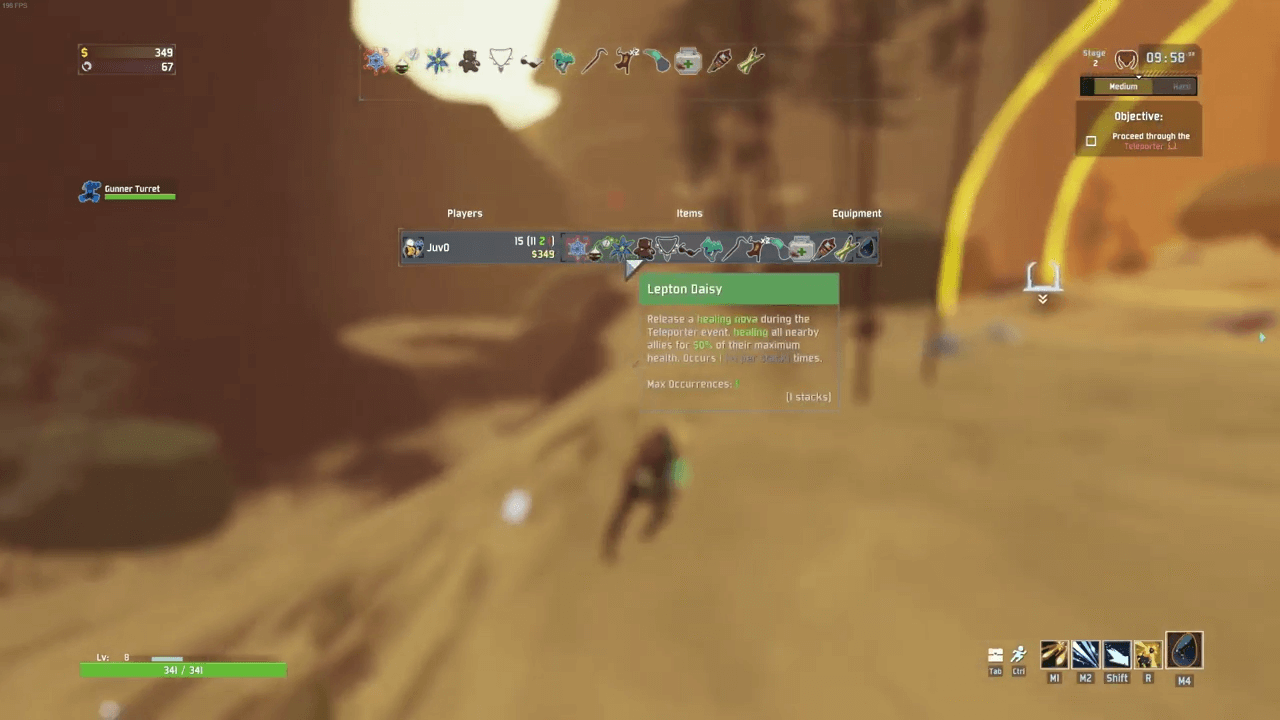 Being able to see what an item does in-game as well as its stack bonuses can help you equip the right gear. Whilst the “vanilla” game lacks this feature, ontrigger’s ItemStatsMod is here to fix it. Once installed, you can painlessly see the function of any item in Risk of Rain 2 provided you hover over them.

If you love data, then you’ll love StatsDisplay. It’s one of the most essential mods you should be using right now. It works by showing you what stats your character have based on the items you have. From damage to attack speed, armor, move speed, jump count, kills and more. There’s really a plethora of information you can see with this mod.

If you are finding it difficult knowing which category an items falls in, then you’re better off using OrderItems. It is simply one of the best risk of rain 2 mods that let’s you identify what items you have in your inventory and it does so by sorting them by rarity. From Lunar to Legendary, Uncommon and Common. Go get this mod right now. 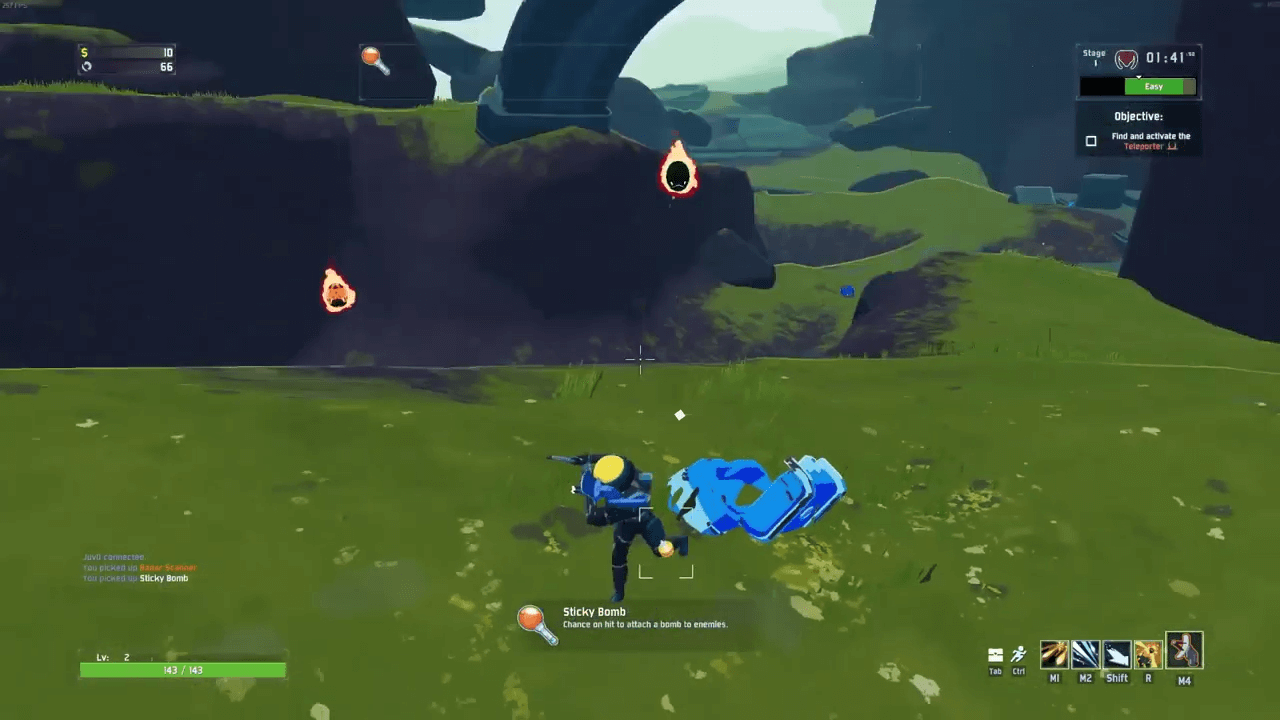 One of the most “disappointing” moments of video games is walking up to a chest you have already looted. It kills the wonderful feeling of “excitement” by giving you the impression that there’s nothing more to loot. Well you can easily get rid of the chests in Risk of Rain 2 after looting them by using TheRealElysium’s EmptyChestsBeGone mod. It’s really useful.

Risk of Rain 2 can be pretty boring when you play solo but with friends, the game becomes wacky fun. But one of the disadvantages of playing online is loot distribution. Imagine a situation where a player swoop in from nowhere and pick up an item in front of you. Exasperating right? Well ShareSuite is here to fix that. It’s a mod that makes a copy of any item picked by a player and share it to other members of the team. It’s customizable too, so endeavour to try it out. 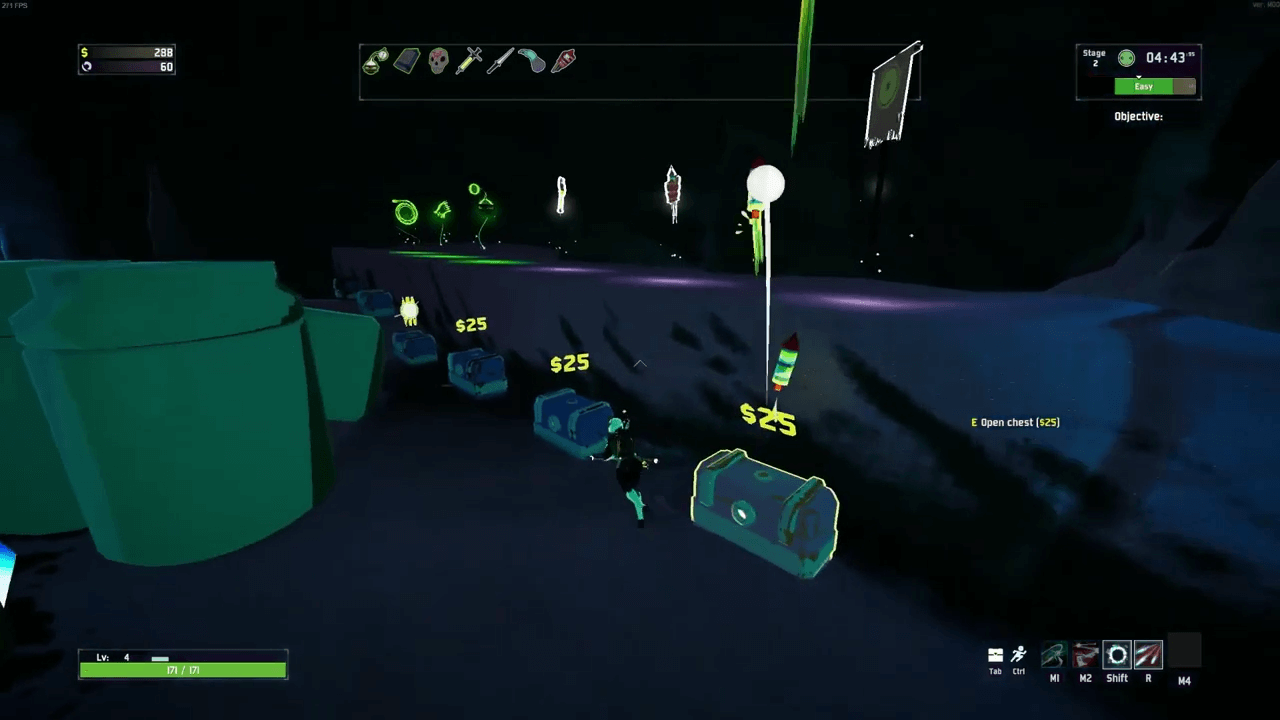 In Risk of Rain 2, The Bazaar Between Time (accessible by entering the Blue Portal that appears next to the Teleporter) serves as a shop where you can either exchange or purchase a variety of items. But you can easily expand its list of items by using the BiggerBazaar mod. It works by adding an extra area where you can shop for six more items using your lunar coins. 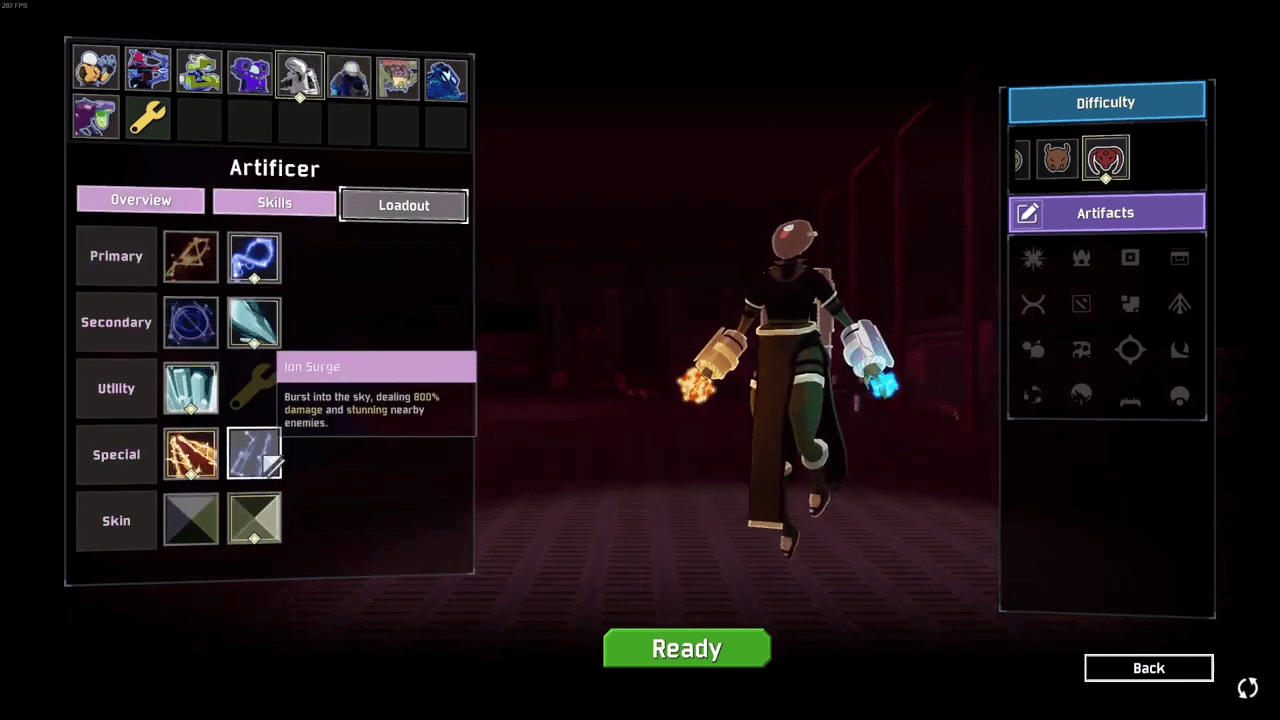 Unlock All is pretty self-explanatory. It is one of the fun mods to install in Risk of Rain 2 and it sure makes the gameplay enjoyable. What it actually does is to “unlock all” the artifacts as well as extra abilities and skins for survivals. It is undoubtedly useful, especially when you are looking to have access to all the items in-game and play however you want. 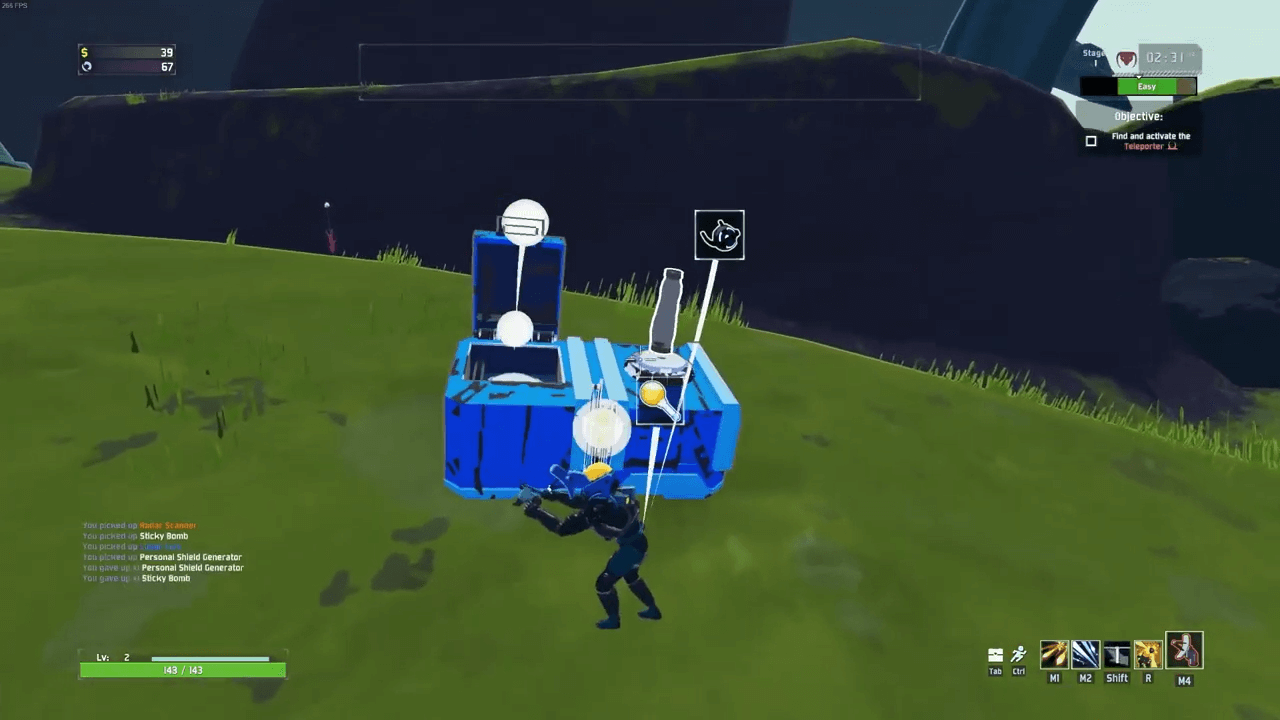 The 3D Printers in Risk of Rain 2 functions as the game mechanics. It works by taking a random item (that is of the same rarity and color) from your inventory and gives you the equivalent in return. Albeit good, the conversion rate can be pretty slow but you can use Faster3DPrinters to quicken things up. All in all, it is one of the quality of life mod worth installing.

The Radar Scanner in Risk of Rain 2 makes sense, but the fact that it doesn’t display a different color aside from the yellow question mark when an equipment chest is opened makes it pretty hard for players to know which items they have interacted with. Fortunately, ScannerPlusOne is here to fix that. It’s a very customizable mod that replaces the question marks with ping icons and notifies you about the remaining items left.

If you do not fancy the Unlock All mod, then you should try RoRCheats. It’s unequivocally the best Risk of Rain mod targeted at players looking to make the gameplay easier. From God Mode to Infinite Skills, Money, Lunar Coins, Aim Bot and more. RoRCheats is really generous and despite the fact that we don’t use it, you should give it a try especially when the game becomes too challenging.

So these are all the Risk of Rain 2 Mods worth installing right now. Of course there are others, a slew of them to be precise but the ones listed above are basically essential. They are what you need to get started with the game.