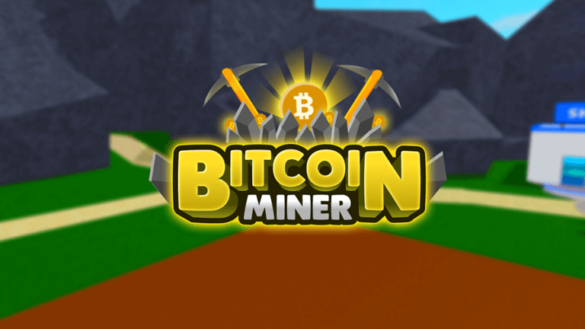 The decentralized digital currency bitcoin has come to stay and while it is yet to be fully adopted, developers have began making games around it. One such title published on the game creation platform Roblox is Bitcoin Miner, a simple game that let’s players simulate the experience of mining bitcoins and other cryptocurrencies.

The game which was released in 2018 sees over 5,000 active players with up to 60 million visits and while it may not be as popular as the likes of Adopt Me, MeepCity and Brookhaven RP, it still offers something unique.

For one thing, Bitcoin Miner concept is pretty self-explanatory. Players begin by setting up a graphics equipment that can be used to mine bitcoins and other cryptocurrencies and this can be used to purchase new mining devices and to upgrade new cards and what not.

Bitcoin Miner let’s players simulate the experience of mining cryptocurrencies online, but assuming you’re looking to reach new heights or to upgrade your GPUs faster and even bag yourself cosmetic items, then you’re better off utilizing scripts.

Just like most Roblox games, Bitcoin Miner scripts exist and the best amongst them can give you infinite money, and even an option to auto exchange currency. So without beating around the bush, below’s a list of some of the currently working Roblox Bitcoin Miner scripts to utilize right now.

How to Execute Scripts in Bitcoin Miner

Once installed, simply go ahead and jump into Roblox, then fire up Bitcoin Miner as well as the downloaded exploit. Next up, copy and paste any of the Bitcoin Miner scripts listed above into the box found within the executor.

Hey, thank you for featuring my script. I’ll be updating it tonight as I haven’t done that in a while. Happy exploiting!

Another good one is

There is also a piad version that is very good