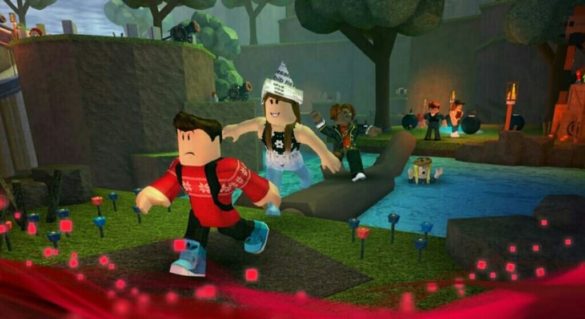 Here, you’ll find a slew of Roblox admin scripts as well as various game scripts that can help make your gameplay easier.

Roblox as we all know is an “interesting beast” that is fun to play. It may not boast the same recognition as Minecraft but one thing is sure, it’s got as much influence and audience as the aforementioned and it’s probably what every kids aged 9 and above is playing in the States.

For folks unaware, Roblox is multifaceted. For some, it’s a place to play an endless number of Lego-like games and make new friends while others see it as a powerful game creation platform.

Of course creating a bunch of 3D games and getting others to play them is what most users do on the platform. But when it comes to using scripts to build an immersive game or experience, only a few number of players know about this.

RoCitizen for example is one of the best Roblox games with class. It typically task you to grind in other to earn money and other items in-game. But with a good script, you can easily spawn a variety of cars and go as far as enabling invincibility without grinding.

With this script, I got one trillion dollars on RoCitizens

Sounds cool right? Well the idea of cheating or applying handy hacks in a video game is pretty thrilling afterall. Now for the past couple of months, we have been getting several emails from our readers asking for us to list the best Roblox scripts out there.

Knowing fully well that there are a plethora of Roblox scripts out there with each and every one of them designed for a specific game, we knew it’d be pretty cumbersome to compile a list that will be satisfying.

The journey fortunately was cut short when KiriotHub at V3rmillion introduced his personal Roblox script pack and oh, it comes fully loaded.

Seeing how Roblox scripts are been centered around specific games just to gain an edge, KiriotHub took it upon himself to create a monster script pack and it’s awesome.

From the ever popular Adonis admin script to Kohl, Infinity Yield, CMD-X and more, you’d find a slew of Roblox admin scripts as well as various game scripts that matters.

Do note that KiriotHub has promised to be posting new versions of the script pack with every major changes. So endeavor to keep an eye on the latest update.

No pastebin, no problem. KiriotHub script pack offers tons of FE compatible scripts and much more. But if the list doesn’t attract you, then you can easily hit up robloxscripts.com to get loads of scripts added every day.