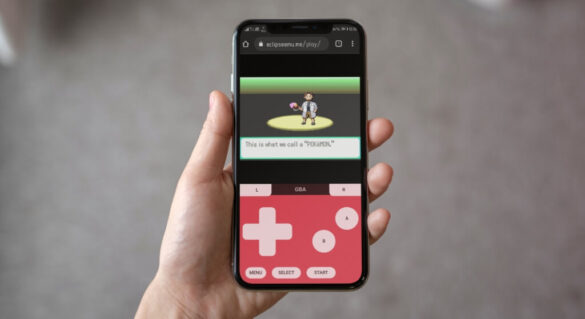 Eclipse is a web-based multi-emulator that allows users to enjoy NES and GBA games with ease. Today, we will walk you through the steps on how to use it.

As someone who loves collecting and playing retro video games, I’d never have enough of the likes of Super Mario Bros and Pokemon Emerald. While I can literally relieve those nostalgia through the use of emulators, having more than one installed can literally prove to be a bulk on my device’s storage.

From Nestopia to Cemu, Mupen64Plus and more, there are a plethora of Nintendo emulators out there on the internet and they spawn with one goal – to preserve history by ensuring that even the most obscure titles stays alive somehow.

While they are pretty much easy to download, installing a third-party software to some, can be very risky. This is where Eclipse emulator comes in to play, offering an effortless way to enjoy all of Nintendo’s retro titles on any platform without fear of being revoked.

What is Eclipse Emulator?

We have seen the massive transition in the gaming business, and with browser-based games overtaking standalone games, it is only a matter of time before everything goes web.

Now in a bit to accommodate low-end devices and to get rid of the revokement faced by iOS users, Eclipse spawned, and it is arguably the only multi-emulator ever made.

While it doesn’t include the likes of Wii, Wii U, Nintendo DS, GameCube and Nintendo Switch into its concept, we can only hope but wish they get added in the future future.

For one thing, Zenith Dev Team has done a unique job so far, and the best part is that there work Eclipse comes feature-rich.

Not only can users create and add their own skins which completely overhauls the entire UI but can also upload ROMs locally or through Google Drive and Dropbox.

Eclipse emulator also brings support for controllers and even though it doesn’t include save states yet, you’d love the in-game sound.

How to Get Started with Eclipse Emulator

With support for the original Game Boy, Game Boy Color, Game Boy Advance, Super Nintendo and Nintendo Entertainment System, Eclipse emulator is as solid as it gets and its setup guide is pretty straightforward.

To get started, players will need to get some games. They can easily choose to dump ROMs from the cartridge they own or make do with the homebrew games available. Of course there are websites that allows users to download Nintendo ROMs for free, but they’re considered illegal and a form of piracy.

Now assuming you have already downloaded and extracted the ROMs in your possession, simply navigate to eclipseemu.me/play/ and click on the plus (+) icon at the top-right corner of the screen.

A drop-down will appear. Now if you’ve the game saved locally on your device, simply click on Files, then locate and select it. Assuming you’ve the ROM uploaded in Dropbox or Google Drive, choose the appropriate option.

You can also add games by entering a direct URL to a ROM and eclipse emulator will automatically fetch the game including its name and boxart.

Once you have added a desired ROMs, it should start up immediately. You can now enjoy your game with ease.

For one thing, Eclipse emulator is still in the development phase. Features such as trading Pokemon and saving states aren’t available yet and you’d find in-game sounds cracky.

That aside, cheats aren’t supported yet but according to the dev, this feature will be added in the next major release (v3.0.0), but the date wasn’t revealed.

Eclipse emulator is one rare gem. It is probably the first of its kind and even though it ain’t very popular, you’d love its concept.