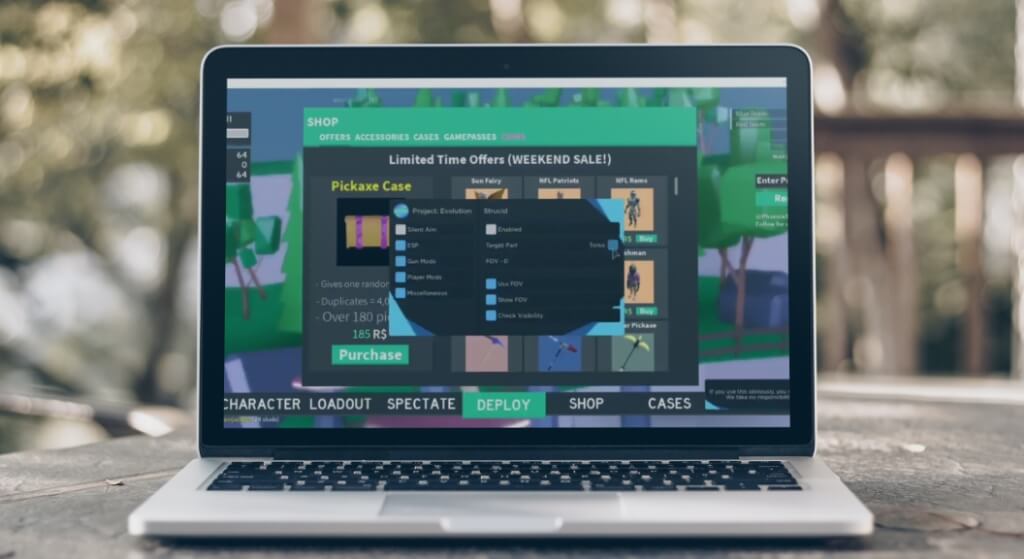 Evo V2 Roblox script works. So if you are looking to cheat in games such as Phantom Forces, Strucid, Bad Business and more, then here’s the real Project Evolution V2 script to utilize right now.

The massively multiplayer online game creation platform which allows developers to create astonishing 3D experiences for users to enjoy is definitely the YouTube of gaming and even though it has mature content problem, its advantages outrightly surpasses the disadvantages.

On Roblox, you’d find a plethora of games that are easy to pick up and play, but for titles such as Phantom Forces, Strucid and Bad Business, you are definitely going to find it hard progressing especially without cheats.

This is where Project Evolution V2 script comes in to play. It simply offers a way to ease the stress of grinding in games such as Project Lazarus and Jailbreak and the best part is that it is freely available.

Now you’d wonder what it brings to the table. Just like Owl Hub script, Evo V2 brings a plethora of features that can help you win games faster. From aimbot to silent aim, auto firing, ESP and more, the script offers a dozen of gun mods as well as an X-ray feature.

You’d also find some pretty cool item mods too and a deep dive into the script’s smooth GUI reveals essential hacks such as Walkspeed, Fly, Instant Equip, JumpPower, Auto Shoot and what not.

Now assuming you are looking to apply hacks or to cheat in any of the above listed or supported Roblox games, then we have got below, the only working Evo V2 Script to utilize right now.

Note: Project Evolution V2 script is specifically designed to be executed using Synapse X exploit. Running the script using other executors may result to some errors.

How to Execute Evo V2 Script

Once installed, simply go ahead and jump into Roblox, then fire up any of Evo V2 supported games as well as the downloaded exploit. Next up, copy and paste any of the Evo V2 script listed above into the box found within the executor.