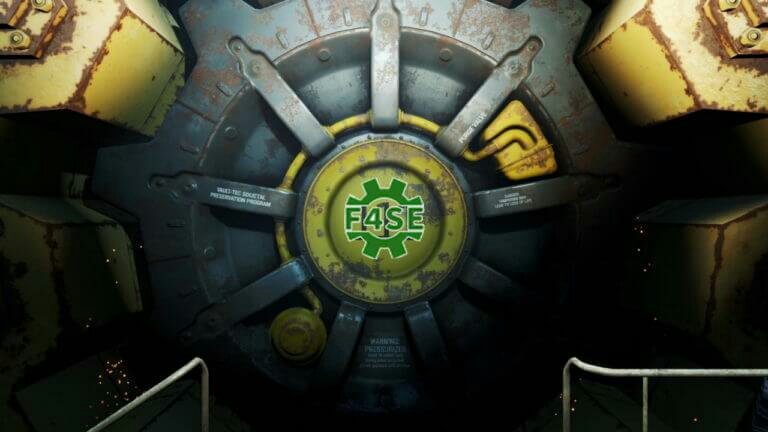 In a bit to differentiate between chaos and sanity in Fallout 4, I went for a hunt with the hope to find the appropriate mod and luckily, I stumbled upon Place Everywhere. Function wise, it’s everything. From allowing me to build and place objects in workshop mode anywhere I desire to relocating them out of green zone, I just couldn’t ask for. But once I’d learn it requires F4SE in other to function, I instantly knew I was in for something.

Now aside from Place Everywhere, I also discovered that over twenty of the best Fallout 4 mods depends on F4SE to function. From ESP explorer to quest mod, then down to UI mod. The highly searched Fallout 4 Script Extender is in a nutshell and according to the developers a community made modder’s resource designed to expand the scripting capabilities of Fallout 4. So here’s how to install it.

How to Install F4SE

First you will need to make sure that Nexus Mod Manager is installed on your PC. Once that is done, head over to Fallout 4 Script Extender official site and download the 7z archive file (Ignore the installer since we won’t be using it for this guide). 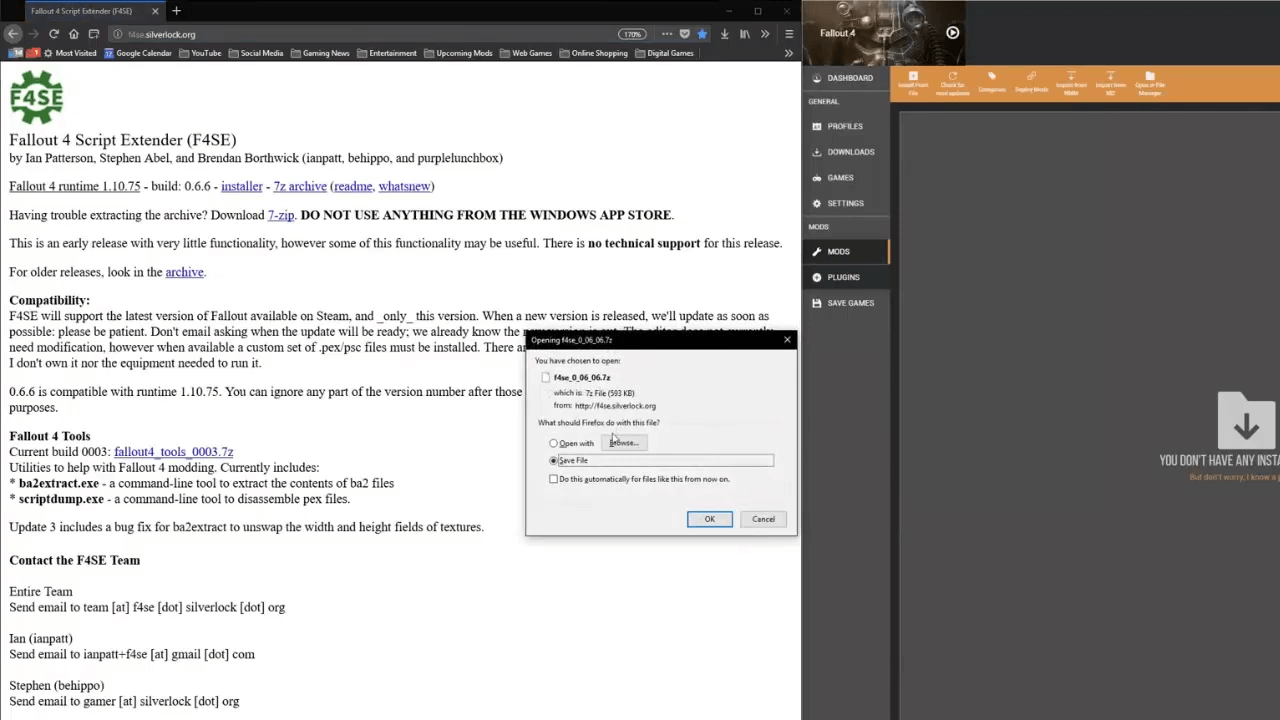 Once that’s done, locate and extract the file using 7-Zip. Now it is time to get to our Fallout 4 directory. So open up steam and right-click on Fallout 4 from the side menu under Library.

Next up, select “properties” from the drop-down that will appear and then click on “Local files” followed by “Browse local files” on the pop-up window. This will now reveal your Fallout 4 directory. 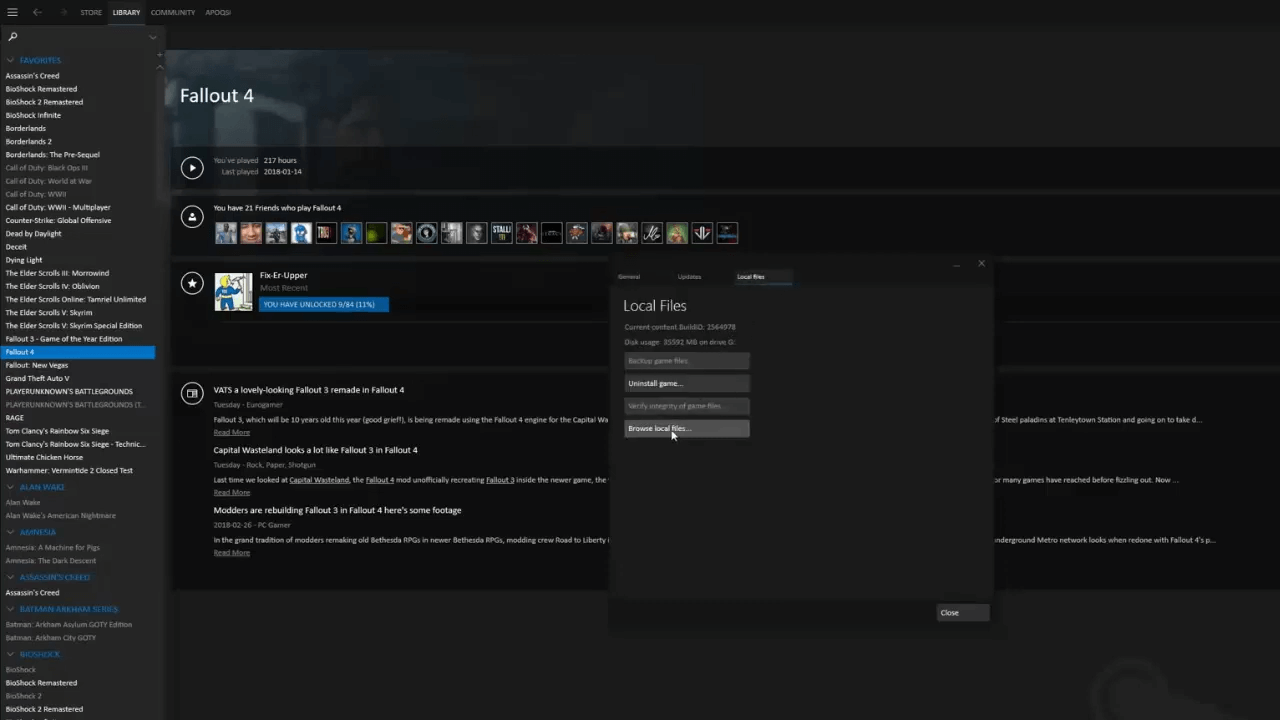 Now copy all the files (not folders) inside the F4SE folder you extracted earlier and paste it into the Fallout 4 directory we just opened. 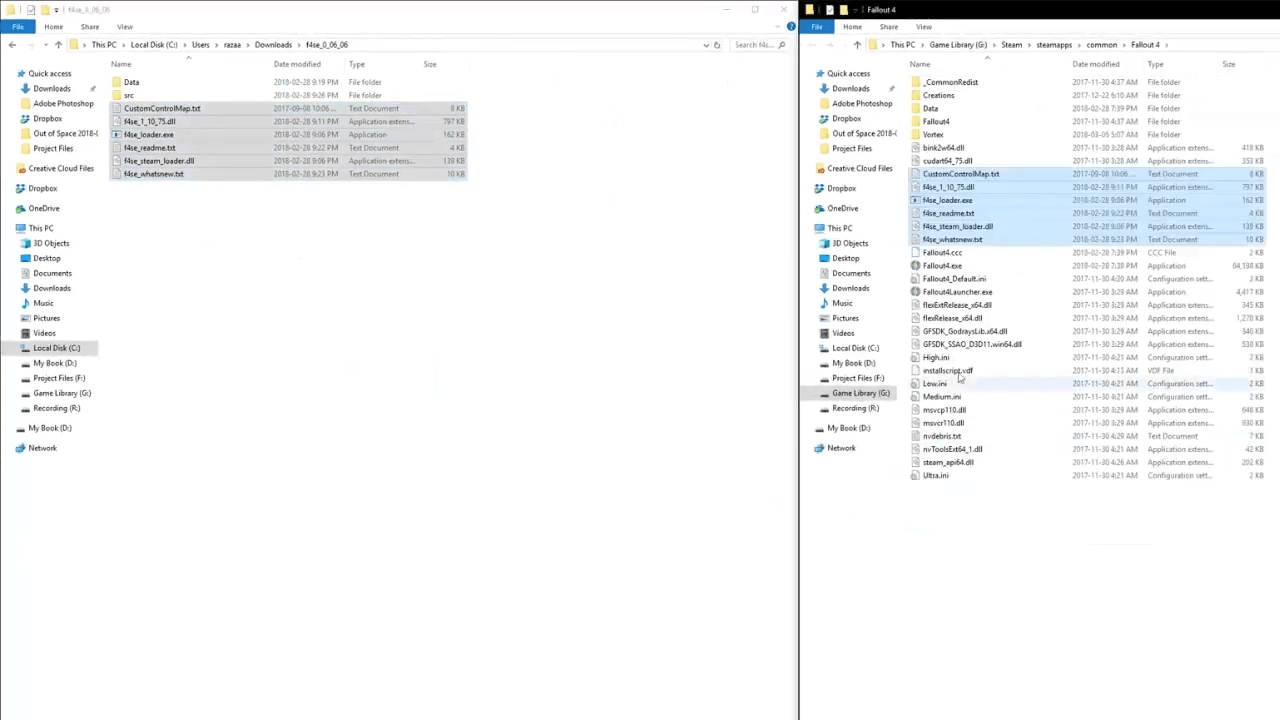 When you’re through with that, right click on the Data folder in the Fallout 4 Script Extender and hover your mouse to 7-Zip. From there, select Add to “Data.7z” to compress the folder. 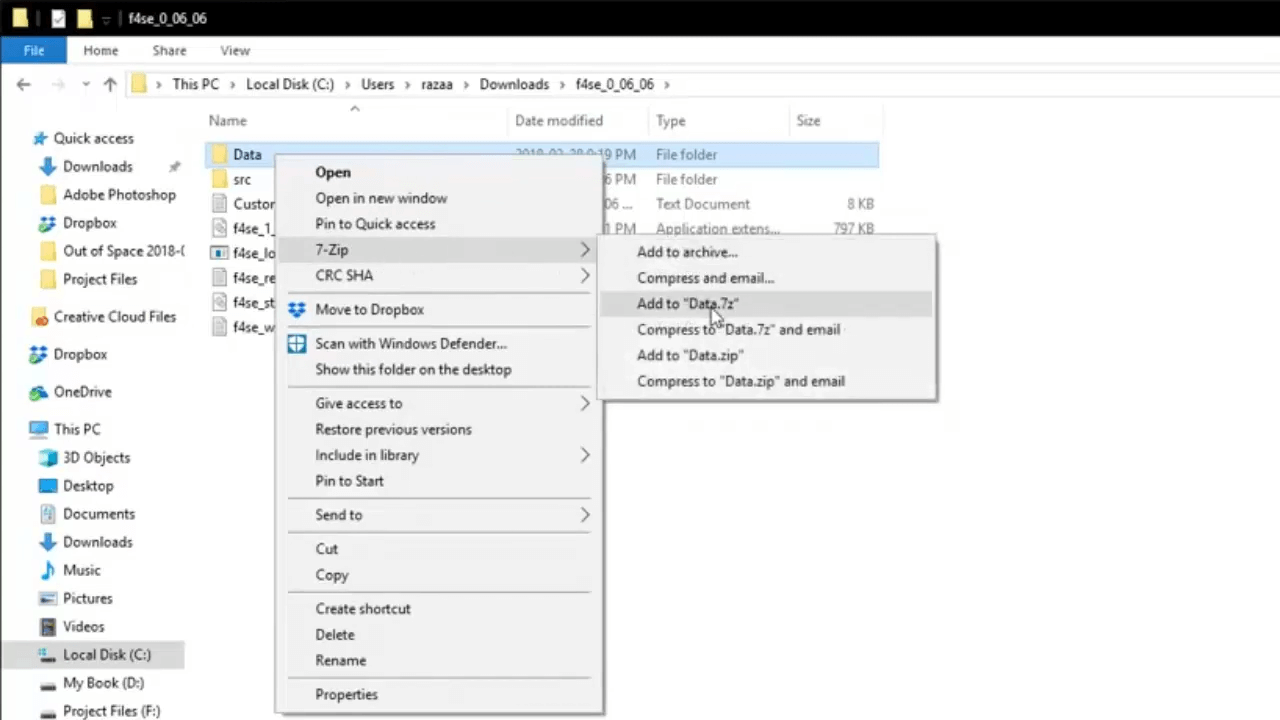 Once that’s done, right click on the newly compressed file (I.e Data.7z) and rename it to anything. We will name ours F4SE Script. 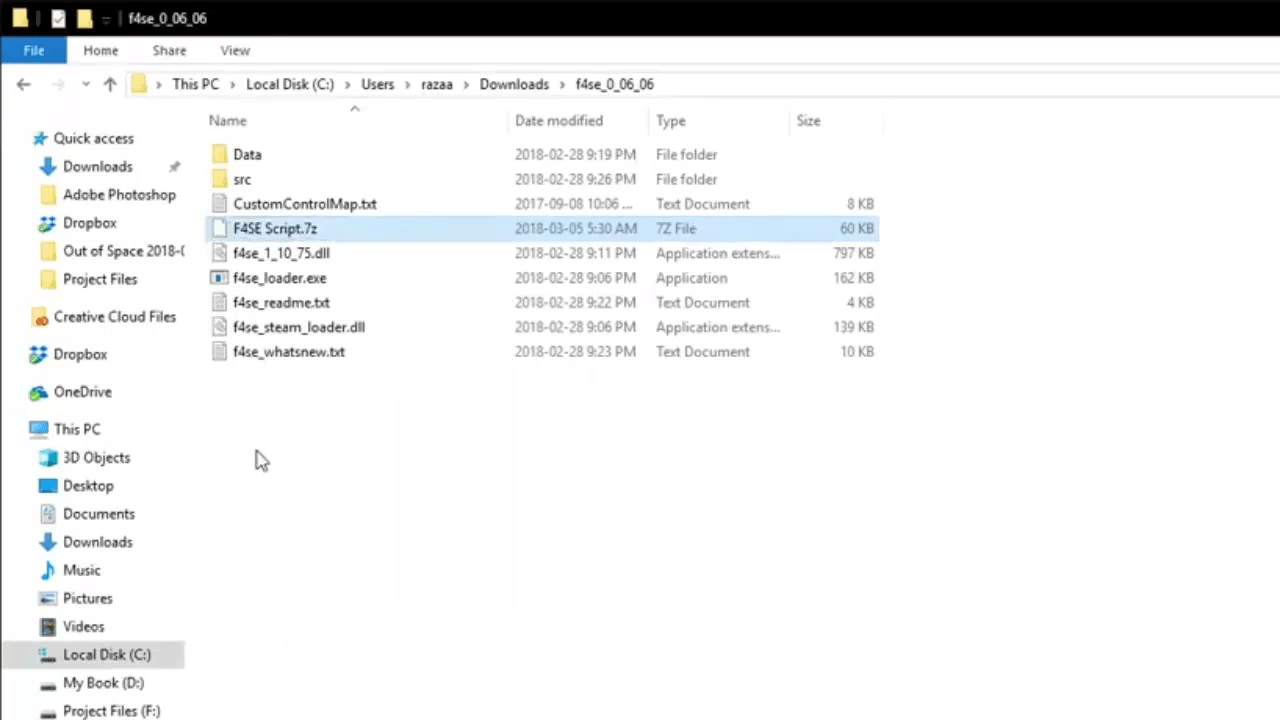 Now open up Nexus Mod Manager and copy the file you renamed just now into it, then install and enable it. 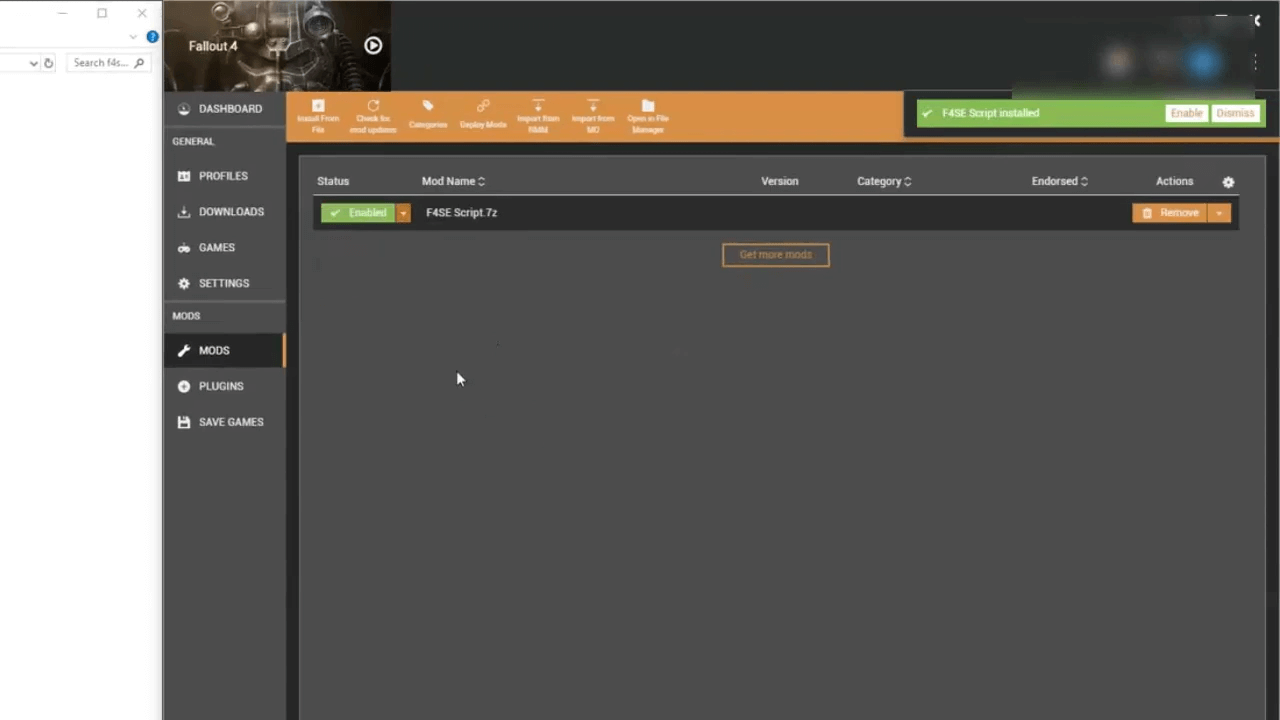 That’s it. But do remember that you will from now on launch the game through the f4se_loader.exe located in the Fallout 4 directly. Simply send it to your desktop, change the icon and you’re good to go.

Alternatively, you can launch it through Nexus Mod Manager. By default, NMM should detect that you have F4SE installed. But if it doesn’t, locate FASE in the custom launch option within Nexus Mod Manger and Edit it. 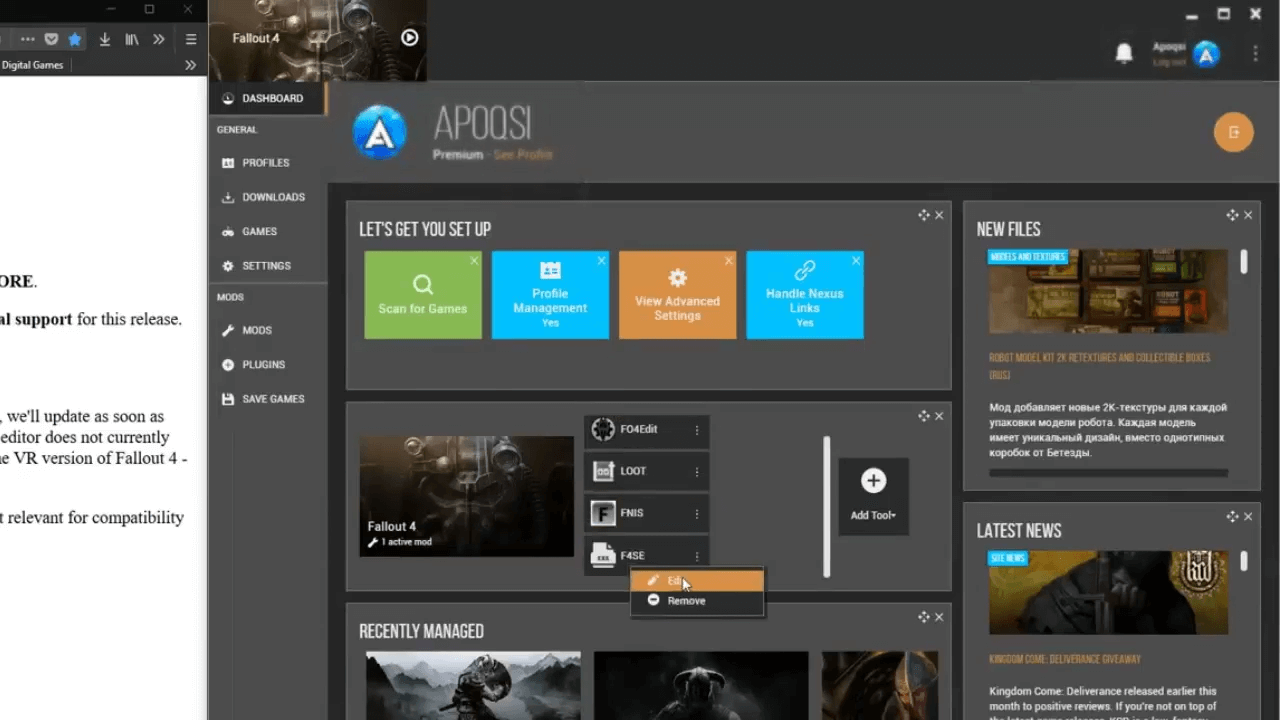 Now change the target by navigating to your fallout 4 folder which is usually located at C:\Program Files (x86)\Steam\steamapps\common\Fallout 4. Once you are there, select f4se_loader.exe and then save it. 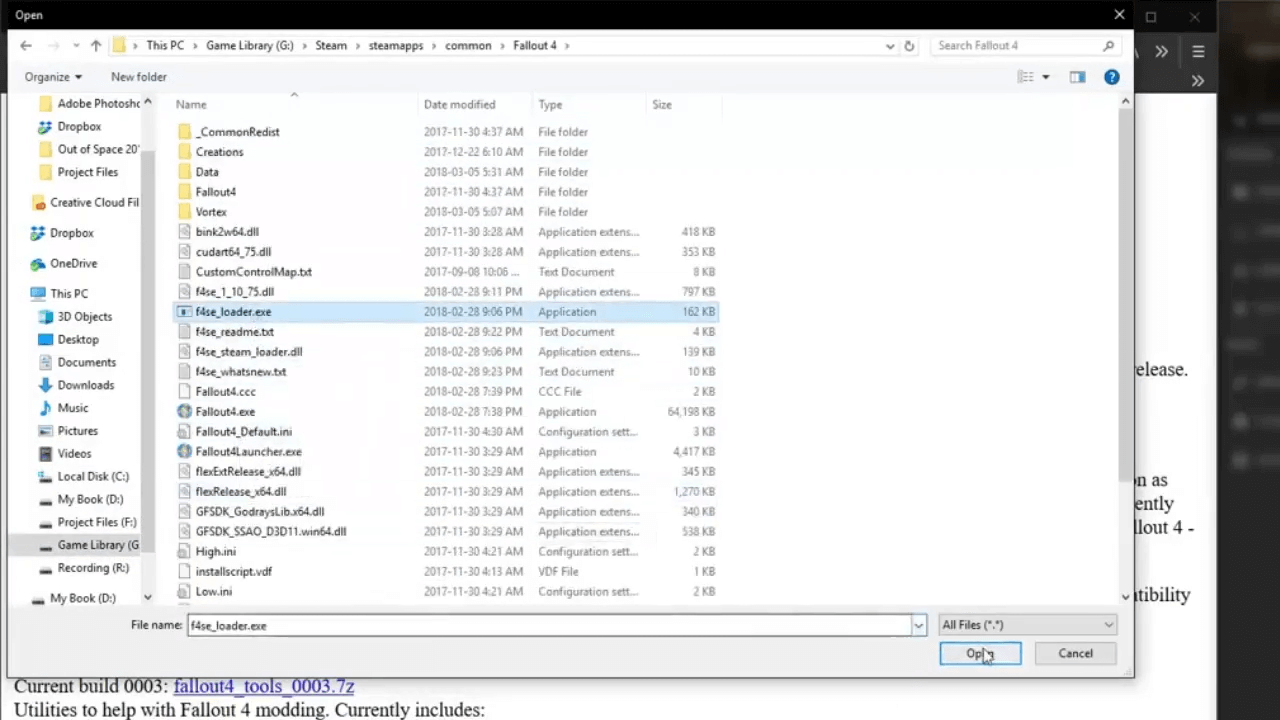 Now you can go ahead and launch Fallout 4 Script Extender through Nexus Mod Manager. That’s all for now. So remember to update F4SE whenever Bethesda updates Fallout 4.