Home » How to Votekick in Phantom Forces

How to Votekick in Phantom Forces 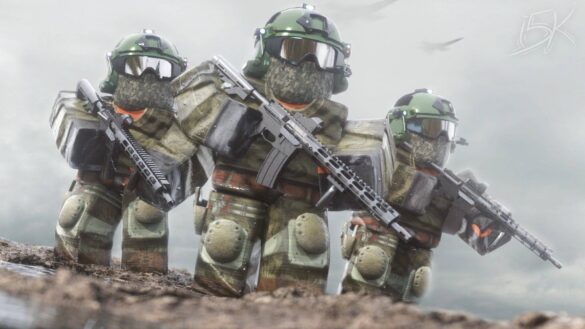 Looking to kick an exploiter out of the server? Then here’s how to votekick in Phantom Forces.

If you have played Call of Duty and Battlefield, then you will pretty much understand Phantom Forces gameplay. Created in 2015 by StyLiS Studios, Phantom Forces is simply a competitive multiplayer first-person shooter that pits two opposing paramilitary teams against each other with the objective to outshoot and outkill one another in one of several game modes.

As a cartoonish fast-paced shooter, Phantom Forces puts you in control of a generic soldier in one of four different classes and equips you with modern day military armaments and equipment, then throws you into a large map where all you literally have to do is to run, crouch, sprint, dive, slide and vault as you gun down opponents.

It is a very popular game per se and one of its strong aspects is that it offers intense gameplay as well as awesome mechanics that makes things more interesting. Now assuming you are looking to get rid of abusive players or cheaters in the game, then here’s how to vote kick in Phantom Forces.

How to Vote Kick in Phantom Forces

Designated for players ranked 25 and above, votekicking in Phantom Forces is simply a feature that allows a majority of players to remove someone from the server. This mechanic is mainly targeted at exploiters and racists and can be executed through the chatbox using the following command;

Player name in this case is the username of the player you want to kick out while reason is the motive for initiating the votekick. Hence an appropriate Phantom Forces votekick command should look like this;

Once you have initiated a votekick, other players in the server will have to vote for or against the motion by pressing Y or N on their keyboard. Majority carries the vote as always but assuming you’re looking to stay neutral, then you can easily click J to dismiss the pop-up and abstain from voting.

Phantom Forces votekick lasts 40 seconds, and once a player is kicked out of a server, they will no longer be able to rejoin. It is a pretty cool feature to be sincere and comes in handy in weeding out bullies and trolls from a server.

So this is basically how to votekick in Phantom Forces. It is easy and takes less energy. Overall, happy gaming.