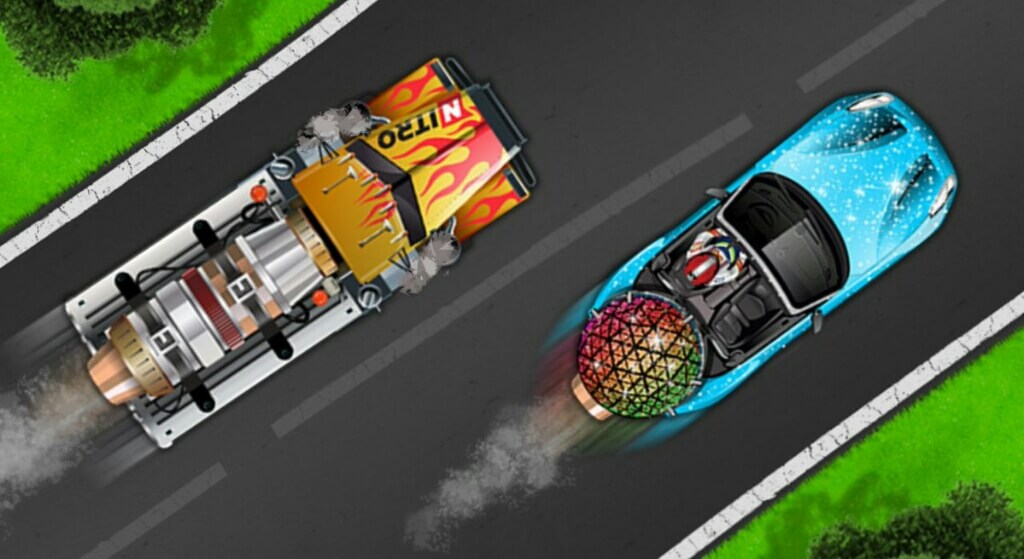 When is Nitro Type Math coming out? I know you’d ask. Today, we’re going to unravel what Teaching.com’s Nitro Math is as well as its release date.

Yesterday, a good friend of mine asked me to take a look at an online auto racing typing game; Nitro Type. The background sounded great and after spending a couple of hours going through it, I realized its aim is simply to improve student’s typing skills.

Not bad I remarked, and once I’d learn the makers of the “same game” are working on a new project dubbed Nitro Math, my curiosity mind couldn’t just wait, hence this article.

For one thing, I hate math. It sure isn’t the most entertaining subject for students to master, but Nitro Math can be a fun way to learn even without knowing you are learning.

Yeah I know, the devs behind the project must have thought; since Nitro Type is a hit, let’s cook up a game that erases the need for pen, pencil and paper and by so doing help students discover solutions to basic math problems whilst having fun.

Nitro Math probably spawned with this idea and you’d be wowed to hear its concept.

The general rule of thumb is everybody loves math. But ironically, a majority of folk view mathematics as an unavoidable necessity of life.

At school, students throw up their hands in futility when they encounter even the most basic math problem but this perhaps may come to a stop once Nitro Type hits the shelve.

It is reportedly coming to help encourage students having difficulty motivating themselves to study math. Its concept is pretty great I must say and you’d be wondering what the game itself actually is.

I know you’d ask. You see, Teaching.com have dedicated themselves to creating educational resources for the benefit of teachers and students and while Nitro Type is already garnering millions of players monthly, Nitro Math might just be the game to beat it.

At the very least, Nitro Math is an upcoming addition to teaching.com’s Nitro universe. Its theme is pretty much the same as Nitro Type, but rather than type words, you’ll instead be solving math problems in order to accelerate your car.

The faster and of course the more accurate you solve the questions that appear on the screen, the more boosts you earn and with it, you can outrace your opponents to the finish line.

Now assuming you are wondering when Nitro Type Math is coming it, then we may have a little bit of information worth knowing. So without further ado, here is Nitro Math release date and everything we know so far.

You know, the best release date for any game out there is possibly when they’re ready.

When you hasten a game’s development without testing to see what and what isn’t working, the end result is a creation full of bugs, glitches and controls that suck.

In 2020, the devs behind Nitro Type released a blog post saying how they are working overtime to get Nitro Math finished before the school year ends. However, due to the Covid-19 pandemic and the ensuing quarantine, everything came to a stop.

Now during the lockdown, the team confirmed they actually built a complete, playable Nitro Math but having tested it internally, the mechanics didn’t just shine, hence they went back to the drawing board to come up with something fun and completely different gameplay system.

From this alone, we can deduce that Nitro Math release date won’t be happening in 2021, however we expect to see more news in the coming years.

On YouTube, we saw a sheer amount of videos showcasing what Nitro Math gameplay actually looks like, and from what we saw, its seems Nitro Math will be launching with elementary school math problems.

Whilst many think it’d be monotonous, the fact that you can easily transfer your Nitro Type progress to Nitro Math and vice versa sounds great and even your cash and money can be accessible on either site.

Now before we round up, we do like to inform you that Nitro Math website is open even though the game isn’t playable get. To access it, simply head over to the followinh URL;

In summary, if you are itching to amp up your mathing skills, we suggest you look into Prodigy Math game whilst waiting for Nitro Type release date.

I NEED NITRO MATH!!!!!! Teaching.com are making great ways for students to improve in skills in fun and simple ways! Great team over there!

Yeeeah. When’s it coming out

U didn’t say the date of nitro math coming out