Outward Cheats and Console Commands for PC and PS4

With these outward cheats and console commands, you can painlessly make that gameplay easier

Outward is a game that forces you to deal with the consequences of your actions. It is merciless indeed and probably aimed at folks able to exercise patience. When you die during gameplay, different scenarios such as bandits enslaving you in their mines and strangers helping you back home will be put into effect.

As an open-world fantasy RPG, Outward key features includes its survival elements, the Dark Souls-eque combat and the repercussions mentioned above. The game’s story begins with you in debt and there’s only five days left to pay up or risk losing your family house.

With support for single as well as multiplayer mode, Outward is really an adventurer life simulator where you start as a nobody. Killing monsters and looting aren’t the only thing you’re meant to do as eating, drinking and sleeping is necessary to keep your life going.

Magic and exotic creatures abound in the game and despite being hard and sometimes frustrating, its beautiful art style, robust crafting system and sense of exploration makes it worth playing. The graphics is subpar by AAA standard but its gameplay mechanics is everything.

Now if you’re looking to remove some of the drudgery in the game, to make the gameplay easier and possibly apply a few tricks here and there, then here are the best outward cheats and console commands you should use. 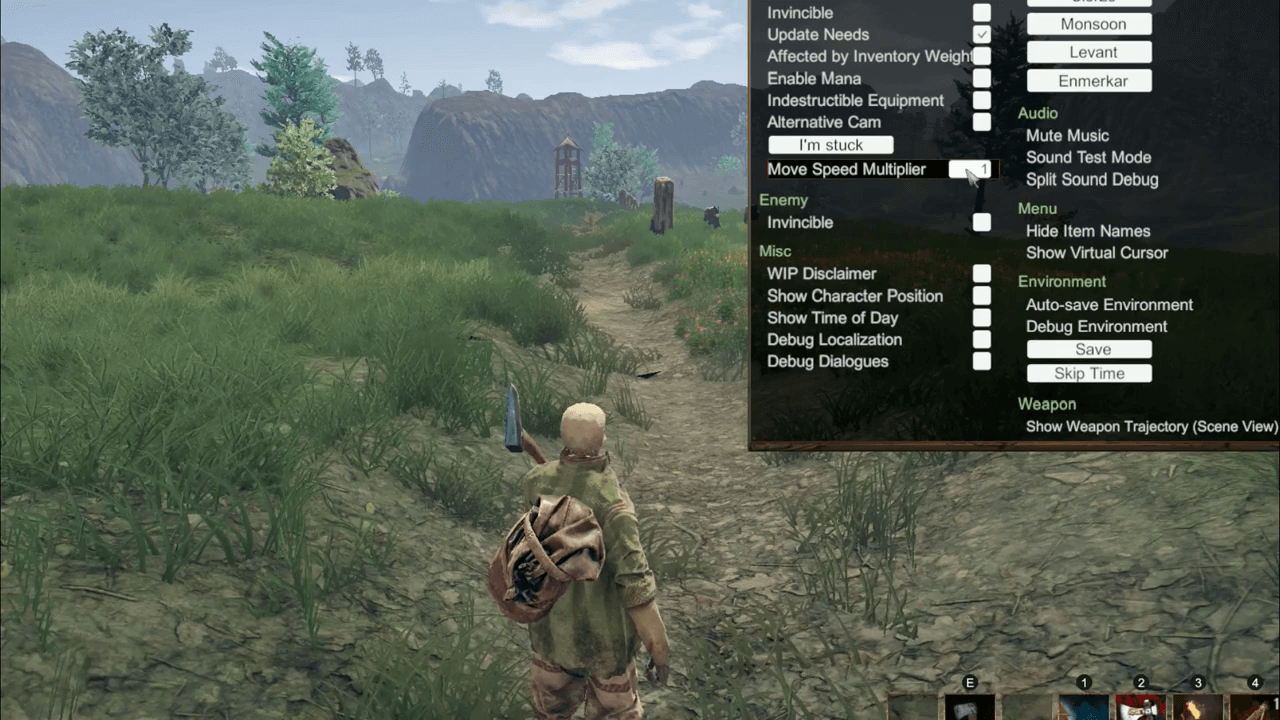 We’re yet to discover how to enable cheats and console commands in outward on PS4. So this article will for the time being focus only on the PC version of the game.

So to begin with, open up the Notepad app on your computer and without writing anything in it, name the file DEBUG.txt (or simply DEBUG), then choose text document as its type and save it to your outward_data folder. 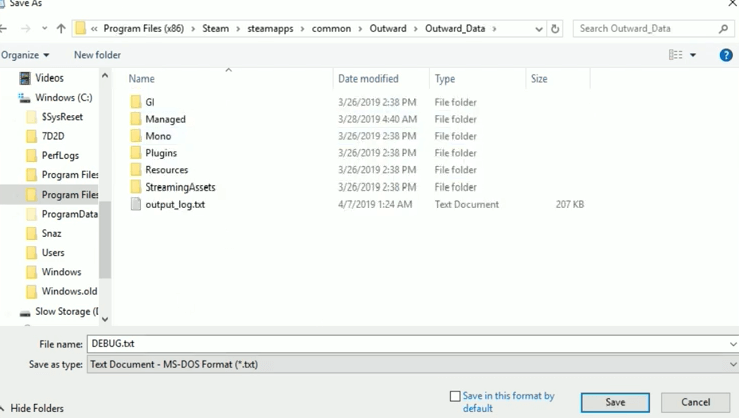 It should be somewhere in C:/Program Files (x86)/Steam/steamapps/common/Outward/Outward_Data/

Once done, simply launch Outward and select a save game. Now use the controls listed below to call out and access various menus and enable different functions.

So these are all the available outward cheats and console commands. If you feel this whole process is cumbersome or if it doesn’t work for you, you can use WeMod cheat trainer since it does not require a lot of work. That’s it, happy gaming.

Best game i have seen LOL !