5 Best Pirate Games For PC, PS4 and Xbox One

The Golden Age of Piracy has intrigued many, and it’s still evident in western popular culture. Some children grew up on classics like Treasure Island, while adults flock the movie theatre for the latest pirate of the Caribbean film. As a matter of fact, most of the modern ideas we have about pirates stem from those era.

So you see, even though pirates are damned criminals who plunders at sea, commonly attacking merchant vessels and making away with the spoils of war, they’re still a source of inspiration to many people. Now if you are looking to experience what it feels like to be a pirate, then jump on board and checkout our list of the best pirate games for PC. 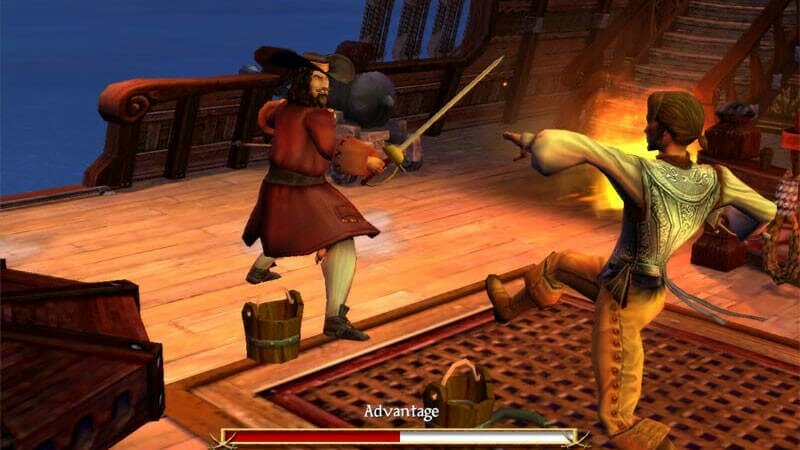 If you are fine with playing older games, then Sid Meier’s Pirates should be your go to. Both the original and the 2004 Remake are still the quintessential pirate game. The story kicks off when a boy manages to evade capture after his family was enslaved by an evil Spanish man due to their inability to pay off the debt of a fleet of ships that got lost in the sea. Many years later, the boy rose from being an insignificant crew to a ship captain. He immediately sail the Caribbean, marauding all on the high sea while digging for loot with the hope to become the most feared and revered pirate on the sea in other to rescue his family. Sid Meier’s pirate brings spectacular 3D graphics that’ll intrigue you, it’s a must-play. 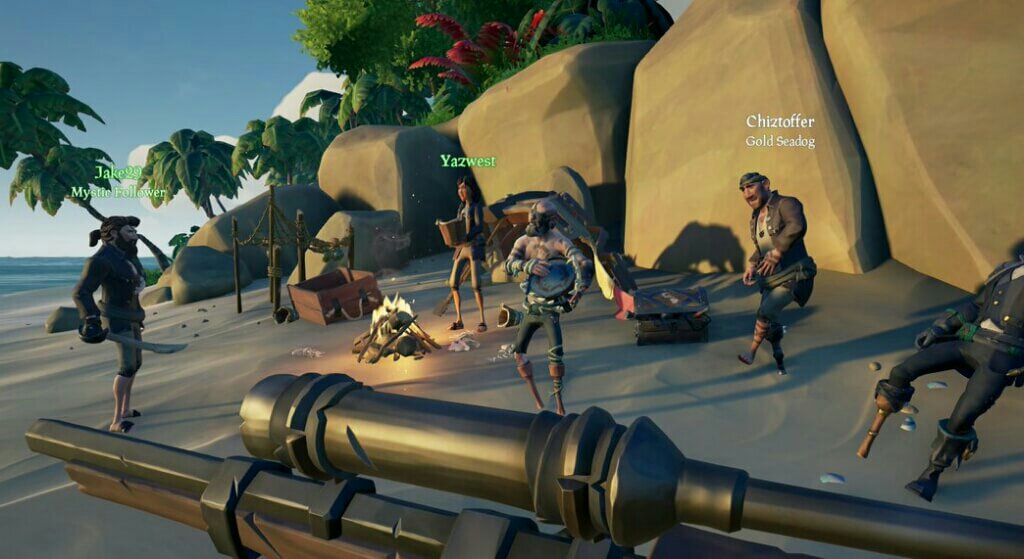 Released in 2018, Sea of Thieves became the best current-gen pirate game out there. It brings stunning graphics and a strong pirate atmosphere that makes it extraordinary. As a first-person cooperative multiplayer game, you will start off serving as a sailor in a crew of up to 4 players. Your tasks will include acquiring contracts and steering your ships to vast island while following nautical rules. Once you arrive on your destination, you must meet the objectives given to you and take loot obtained from fallen ships while engaging in combat with other players. Rare literally did an awesome job here, and the game’s most compelling activity happens when players clash in PVP combat. 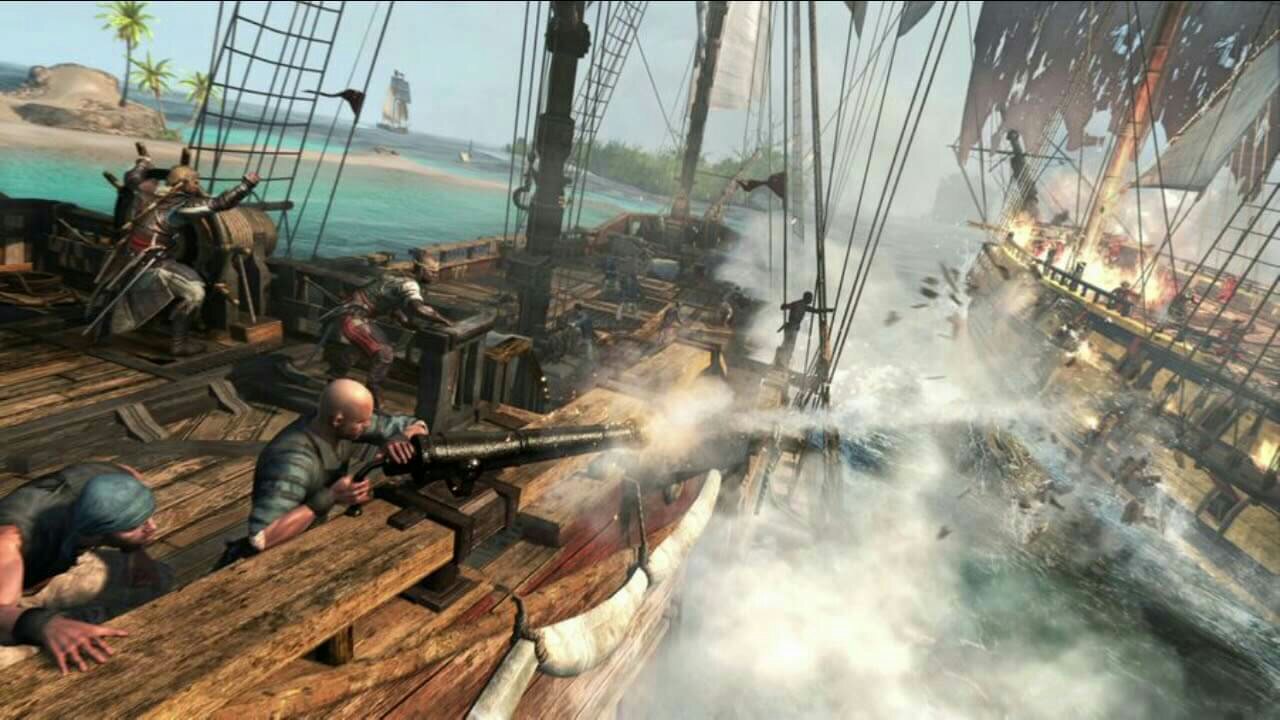 Ubisoft’s finest franchise Assassin’s Creed: Black Flag is an awesome, story-driven and adventurous pirate game that offers great graphics in a fully open world. The game begins in 1715, depicting Edward Kenway as the protagonist and the captain of a pirate ship called the Jackdaw. He was initially a brave naval soldier, but later became a pirate trained to fight wuth Templars seeking to find a mysterious Sage that could help them take control of the world. One thing that uniquify Assassin’s Creed: Black Flag is the fact that it contains historical figures such as Blackbeard and Hornigold. During gameplay, you’d get to sail a carribean with over 50 locations and there are plenty of activities to complete. 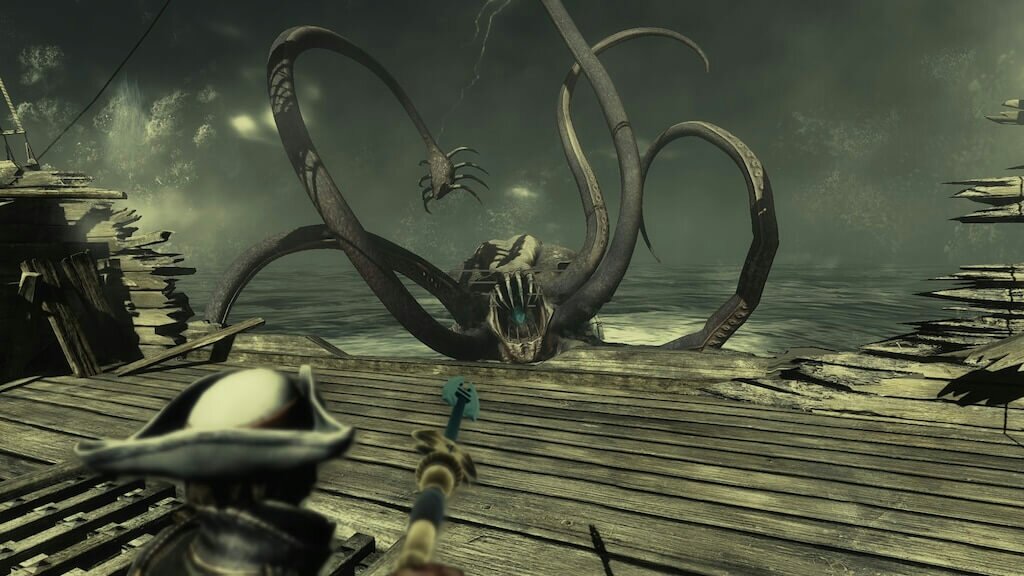 Pretty similar to the old Gothic series of RPGs, Risen 2 launched as a pirate-themed game with stunning environment and engrossing story. The game’s tale started when monstrous creatures alongside a gigantic Kraken rose from the depth of the sea, causing all seafaring to a grinding halt. Now as the protagonist, you’ll be tasked to find a way to end the chaos. Soon after you begin your quest, you’d be informed that a famous pirate captain by the name Steelbeard is in search of a legendary weapon that’s rumored to be able to kill the kraken. So you’re left with no other option than to join his crew and embark in an epic sea adventure that haven’t been seen in years. 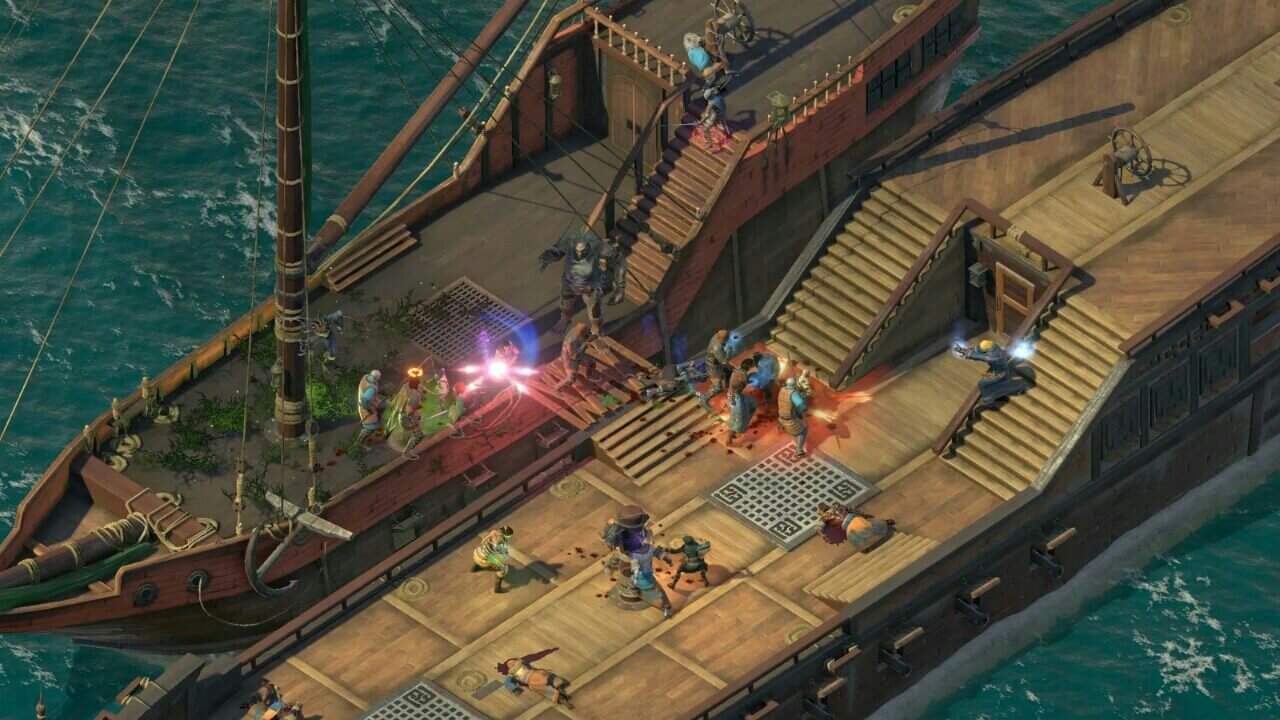 To begin with, pillars of eternity II: deadfire isn’t a pirate game as such, but rather a role-playing game in a pirate-inspired settings. During gameplay, you’d be forced to become a pirate. So you’re left with no choice than to join a faction of pirates, get a ghost ship and hunt for treasures while doing tons of other pirate-y things. Nevertheless, the game’s story begins with Eothas, the god of light whose awakening drained the soul of many people including that of the Watcher. At the point of death, Berath appeared, offering to restore their soul if they’d become his herald. Now hunting Eothas, they journeyed to Deadfire Archipelago seeking to find answers that could lead mortals and gods to chaos.

There are literally a ton of pirate games out there, but we managed to “fish out” the best. Now if you are fine with playing older games and want to try a cool, adventurous and story-driven pirate game, then you should checkout Assassin’s Creed: Black Flag and Sid Meier’s Pirates. If you want something modern with lots of polish and beautiful art, get Sea of Thieves. And finally, if you want a game that’s a bit different, that has a lot of contents aside from just the pirate part, then look at risen 2: dark waters and pillars of eternity 2: dead fire. They’re all great and I highly recommend you play them while waiting for the upcoming Skull & Bones from Ubisoft.