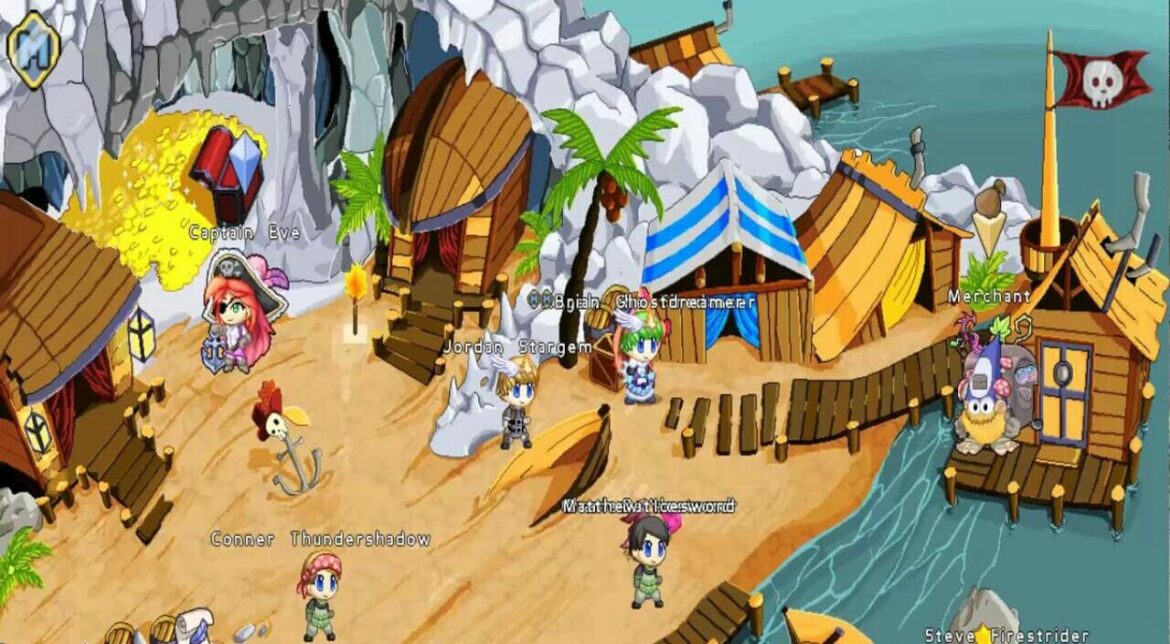 Prodigy hacks galore. So if you are looking to get unlimited gold, pets, spell relics and more, then here’s how to hack Prodigy Math Game.

While we acknowledge 101 and Out simplicity, we won’t deny the fact that Prodigy is the game making math so much fun that kids actually clamor to play it. It is the perfect “edutainment” program we have seen so far and why i often urge my kids to read more and play less, letting them spend their leisure on a gamified math isn’t that bad I guess.

For the uninformed, Prodigy is an educational math game that provides an environment where kids can come together to improve their mathing skills. It works by letting kids answer math questions in other to earn spells or magic which they can use to battle monsters. Most of the math queries that usually pop-up on the screen prior to each battle are based on skills learned in grades one through eight and they are perfect for kids aged 5 and above.

Prior to kicking off their adventure, kids will need to make their own character by choosing from the list of options available and once that’s done, they’ll move to the customization phase which mostly includes colouring the hair style, eyes and skins of their avatar followed by choosing a name and then they’ll be thrown into tutorial guides and once they’ve mastered how this run, they’ll now be allowed to journey their way to Wizard Academy.

Sincerely speaking, Prodigy Math game is fun and one of its main allurement is that it is free-to-play. As players progress, their characters are bound to level up and this means earning stronger spells. For each zone unlocked, there are bosses to battle and awards are rewarded for each accomplishments. They can also earn pets while collecting items and gold which they can trade for gear.

Now while it is often advised not to cheat, exploit or apply hacks in Prodigy Math game, there are kids who trail this route in other to make up for there rudimentary skills. Now assuming you’re one of those kids who aren’t afraid of temporary ban or deletion of account but wants to learn the best prodigy hacks out there, then here’s how to hack prodigy math game.

How to Hack Prodigy

It is hard to find a Prodigy script that works. Of all the hacks we have implemented so far, only “Will’s Prodigy Cheat Menu” seems to be perfect and the best part is that aside from working like charm, it is free-to-use. Now if you’re looking to get unlimited gold and even set levels, bounty points and more, then here’s how to hack prodigy math game on PC, Chromebook etc.

To begin with, simply head over to the following URL;

And download the “phex zip file” visible within the page. 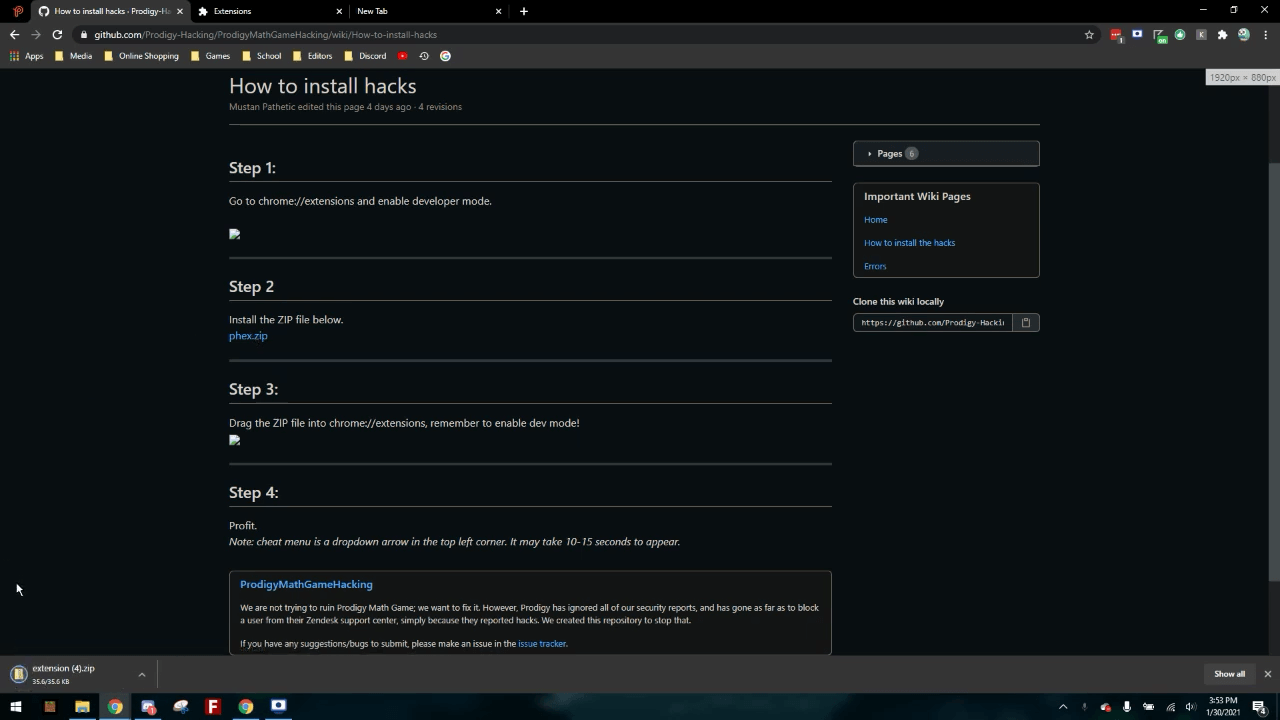 Once that’s down, open up your Chrome browser and go to the extensions page. To do this, click the menu icon (i.e three dots) at the top right corner of the screen. From here, hover your mouse to “More Tools” and then click on “Extensions“.

Alternatively, you can also type chrome://extensions/ into the Chrome’s search bar and once you hit the Enter key, you’ll be taken to the extension page. 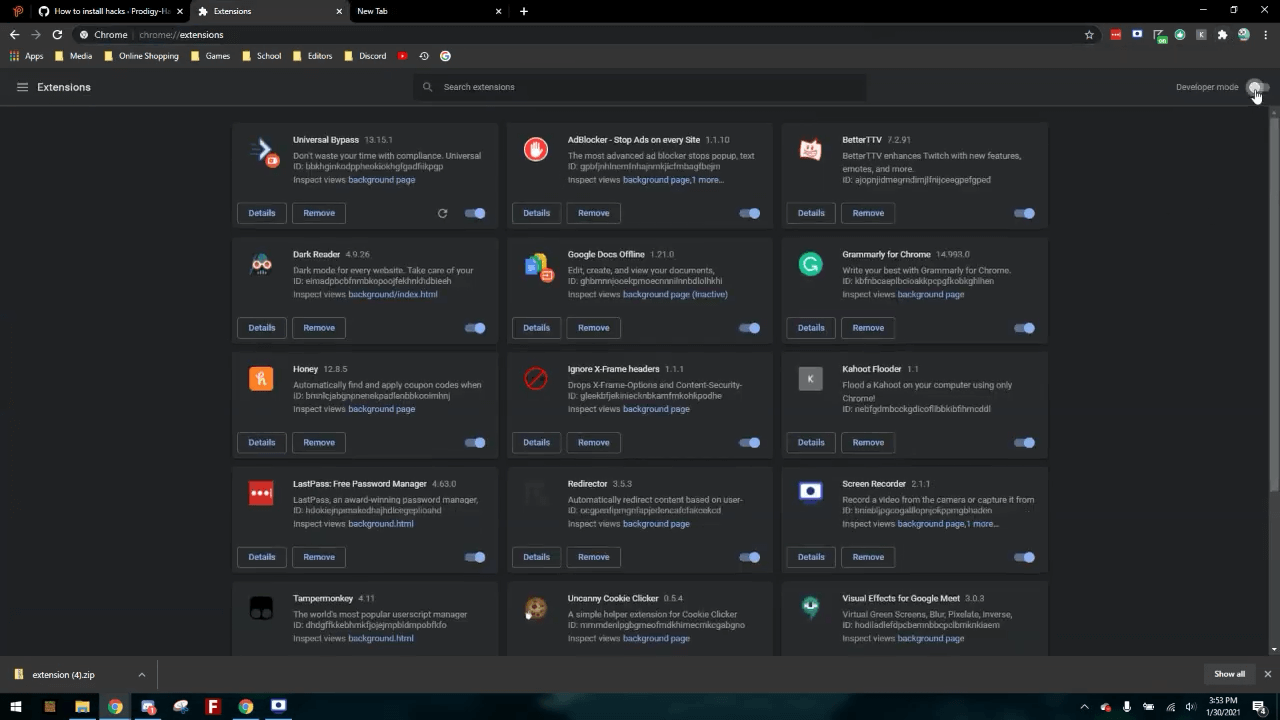 Once you’re in, enable the “Developer mode” at the top right-corner of the screen and ensure to delete any existing Prodigy hack you have installed before.

Now go ahead and drag, then drop the “phex zip file” you downloaded earlier into the extension page and ensure it’s enabled. 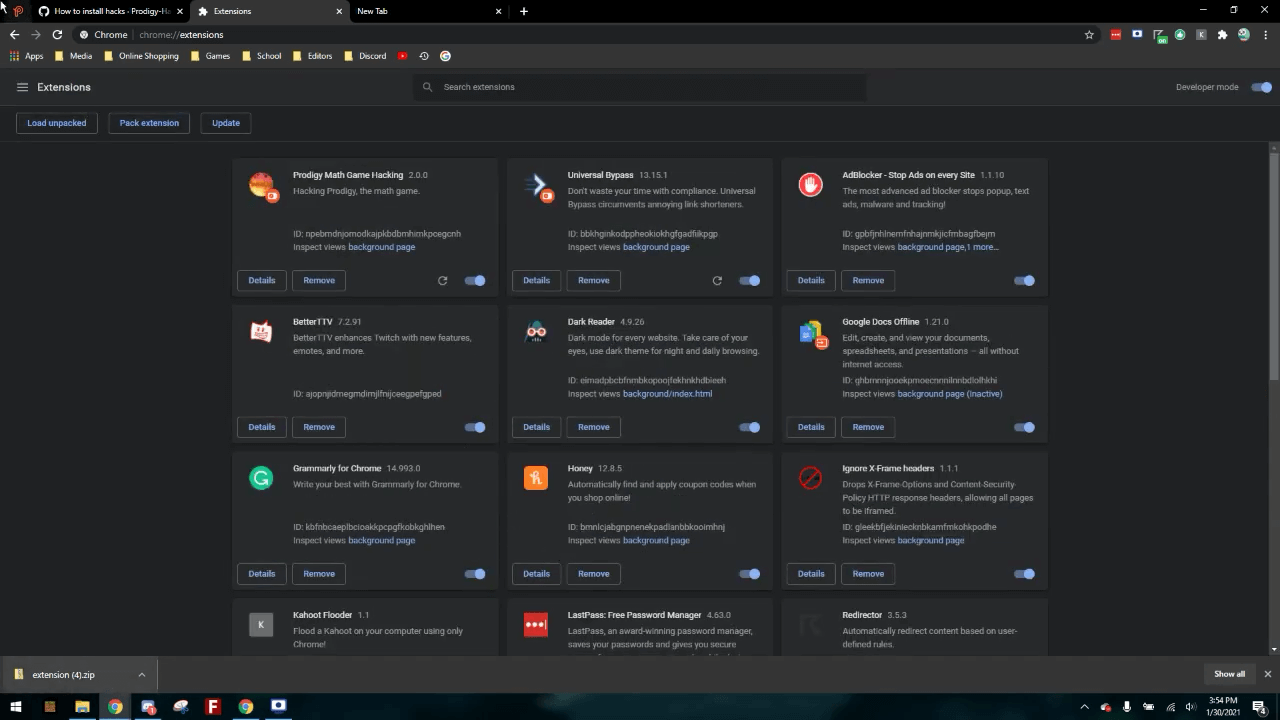 With that done, it’s time to enjoy the hack. So go ahead and fire up Prodigy Math game. From here, simply sign in with an existing account or create a new one (we recommend you do the latter).

Once you are logged in, simply wait a little while (let’s say 10 to 15 seconds) and you will see a drop-down arrow at the top left corner of the screen. Go ahead and click on it, and it’ll instantly reveal the cheat menu. 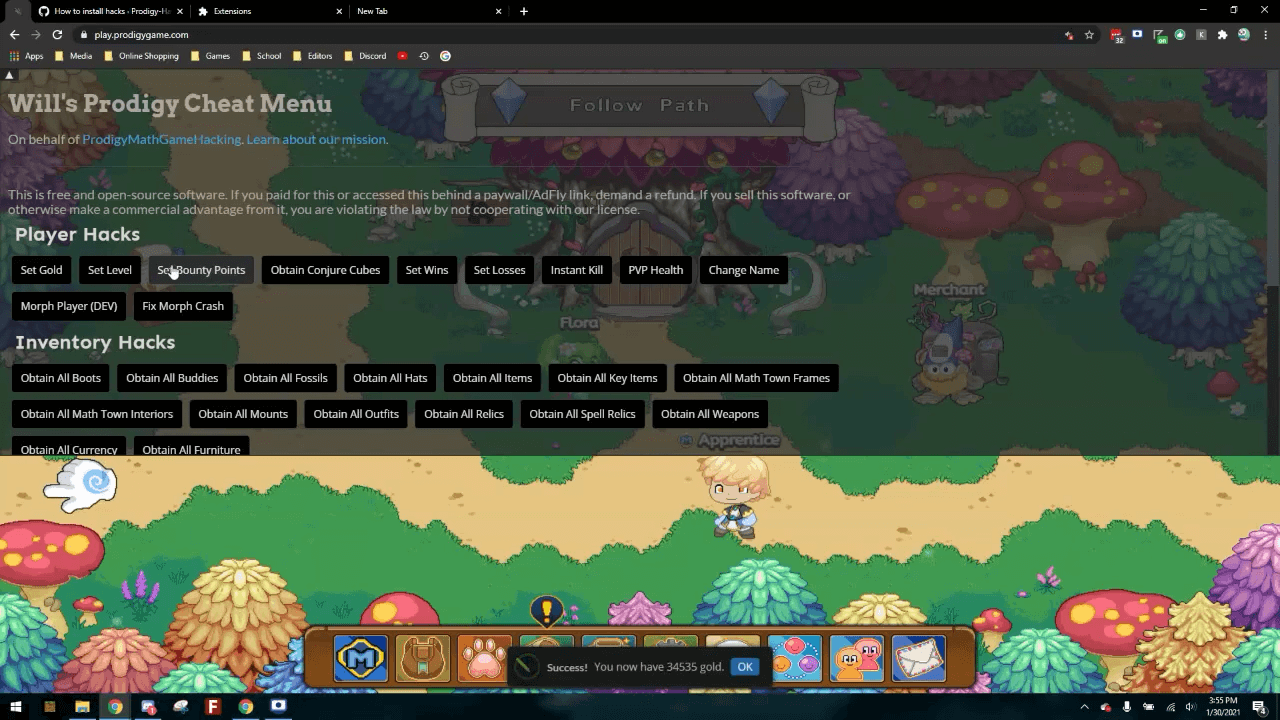 Now this is where things starts to get really interesting. Directly under the “Will’s Prodigy Cheat menu”, you’ll get to discover a plethora number of hacks to activate. From the ability to obtain all currencies, outfits, weapons, pets and spell relics to escaping or winning battle easily, there’s even an option to set a specific amount of gold and other stuff.

In summary, Will’s Prodigy Cheat Menu is pretty generous and reliable. It’s the best prodigy hack we have seen so far and the fact that it’s free simply means everyone can afford it. So go ahead and utilize it, then notify us in the comments below if it worked for you.

Hacks belong to and were developed by the Prodigy-Hacking organization

It does not work. Every time I click the Github, It says nothing was found. Plus, I’m on a school computer so everything is blocked. I want it but my Developer does not work. Is there another way..?

This is going to be so easy

This is going to be alsome

This is going to be awesome

the prodigy hack are shutting down, but i stillt hack prodigy, hacking prodigy is fun