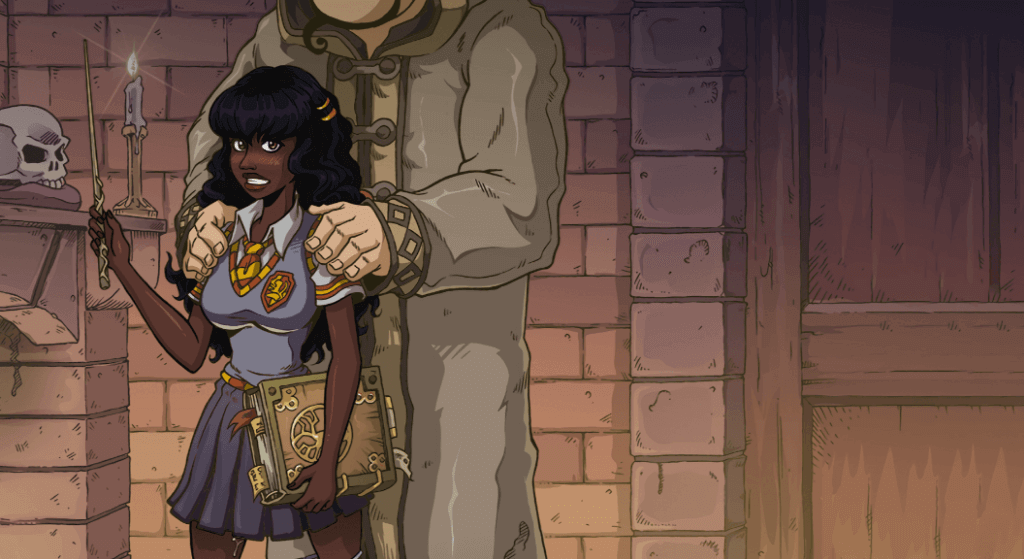 What started as a little magic ends up with you stuck in the body of a powerful wizard in a castle full of hot witches and it is up to you to make the move and have them do your biddings.

Witch Trainer Silver is one hell of a weird game that is easy to get into and while it doesn’t compare to the likes of Summertime Saga in terms of popularity, it still brings a plot that’s pretty insane and hilarious.

Its gameplay just like its predecessor incorporates the elements of RPG and Point and Click adventure and you are certainly going to love the witty writing which is a whole lot of fun.

Now for the uninformed, Witch Trainer Silver story plays out just like before. The game portrays the protagonist as a genie who ends up being transported to Hogwarts to work as a headmaster and his goal literally is to corrupt young witches and have them do his wishes. 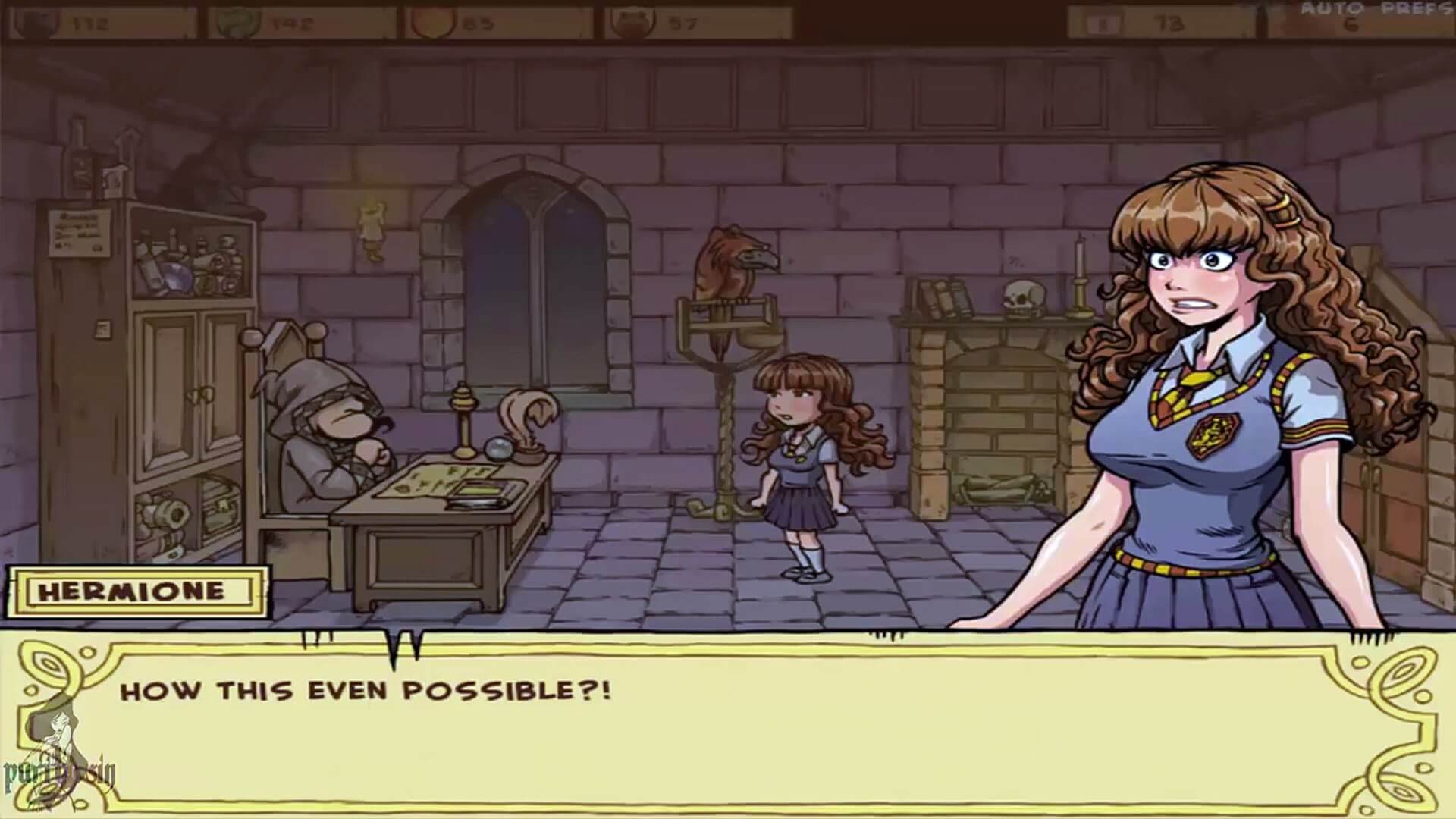 It’s thrilling per se and compared to the original work, the Silver version does add in quite a bit to the plot as well as extra characters which promises a larger experience.

From extra quests to missions, storylines, improved visuals and more, Witch Trainer Silver definitely has more content compared to the original version and the bromance is on a whole new level.

Personally, I think this is a game targeted at folks who are interested in the Harry Potter franchise. However, if you’re into lewd games and you fancy something that’s got a great sense of humor, then you might as well give it a try.

Even just as a mod pack, Witch Trainer Silver trumps the original work by a lot. It has many improvements and the backgrounds, CG scenes as well as characters have been given lots of attention. The game’s only con perhaps is the long loading times and in as much as it stutters here and there, we mustn’t forget that it’s still a work in progress.