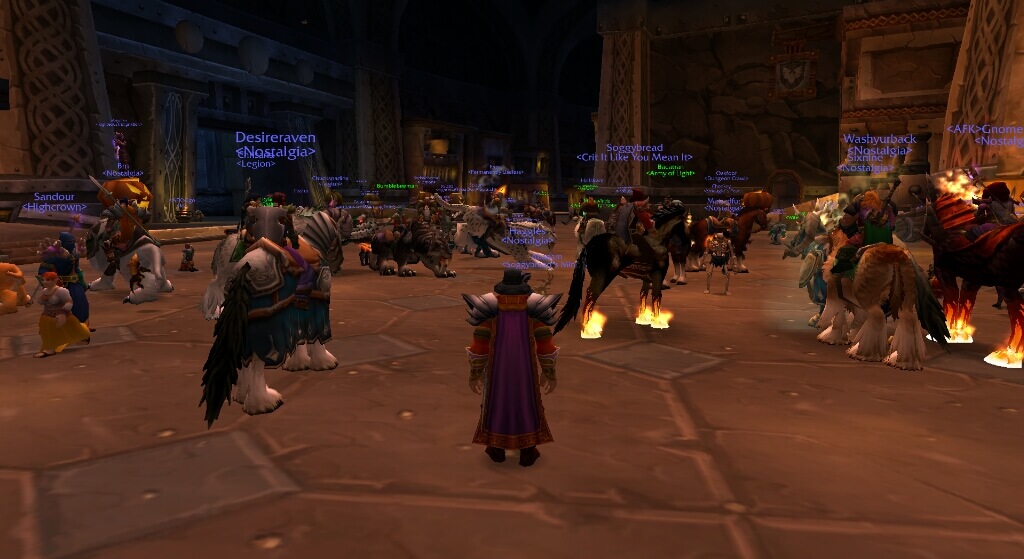 Wondering how many people are playing World of Warcraft Classic? Then here’s the best and accurate place to check WoW Classic server population in 2020

Nostalgia sure feels good and once I’d heard “Blizzard Entertainment” is working on WoW Classic, I felt pwned. Whilst the original game may have aged a lot, this one sure hasn’t. At its core, World of Warcraft Classic is unequivocal. It is undoubtedly the best mmorpg out there and aside from been graphically enriched, it is more fun compared to all the WoW expansions released so far.

WoW Classic gameplay begins with players choosing from eight different races and nine classes and just like the original game, players who choose the Alliance can become Paladins and Horde Shamans. Of course WoW Classic main goal is same as always. Players train their characters to reach level 60, after which they end up in the endgame but the challenge sure isn’t easy to achieve.

When WoW Classic debuted, many players who enjoyed the original title flooded the servers, thereby creating “queues” of ten thousands whilst making other mmorpgs feel passé. It’s barely a year since World of Warcraft Classic spawned and as a fan, you may be wondering how the game’s server population is fairing in 2020. Well we’re definitely here to help. So without further ado, here’s where to check WoW Classic server population in 2020. 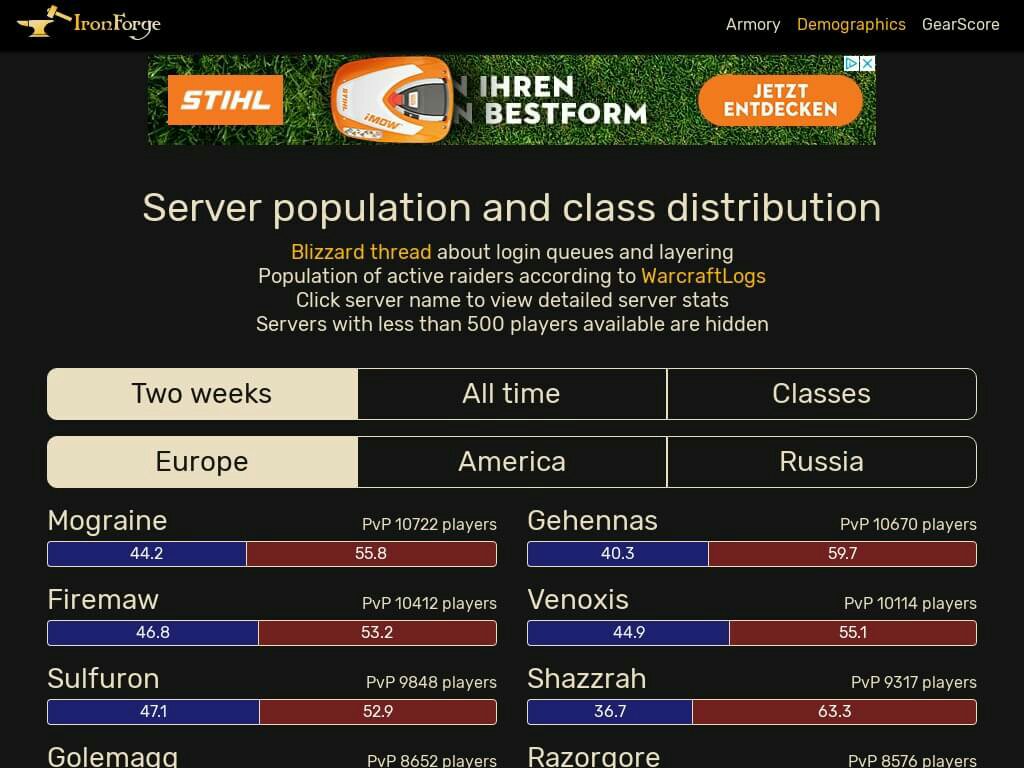 IronForge rocks. It’s one of the most popular sites to rely on when you are looking to check WoW Classic server population. A plethora of informations present on the site is pretty solid and I love how streamlined the user interface is. For one thing, IronForge gets its data from WarCraftLogs and it tries as much as possible not to include servers with less than 500 players.

We recently paid a visit to the site and had a glimpse at some of the data garnered for the first two weeks of April. According to the site’s stats, over 432,000 players are still playing WoW classic in 2020. A slew of them are from American, Europe and Russia. From Firemaw to Windseek, IronForge offers over 90 WoW classic server list and you’d get to see the percentage of players on each classes.

If you’re an old timer, then chances are you’re familiar with the CensusPlus mod introduced in the original World of Warcraft. Well with the release of WoW Classic, a fixed version of this mod was created and it works pretty fine. For folks unaware, CensusPlusClassic is an addon that runs a scan using the /who command in WoW classic Wholib and in return, it provides useful statistical data about all the players online. Here’s how to get it running. 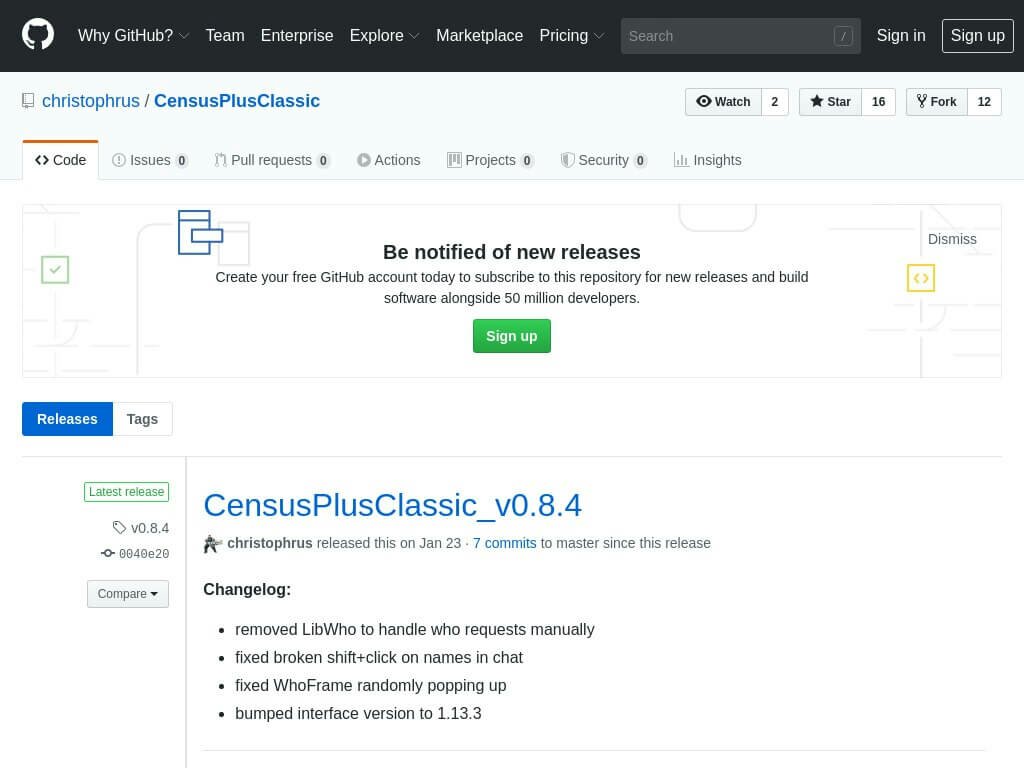 To begin with, head over to Github and download the CensusPlusClassic mod. Once done, use Winrar or 7zip to extract the file folder to your add-ons directory. It’s usually located in;

Next up, fire up WoW Classic and the add-on will start collecting data automatically. To check the progress, simply glimpse at the minimap icon visible on the screen.

Once it’s done doing its thing, you’ll get a message. Now go ahead and log out or reload the game to force the add-on to write its data into the .lua format. Once done, jump into the following directory to locate the .lua file.

Once found, go ahead and upload it using the CensusUploader that runs in the background, or upload it manually on sites like WoWClassicPopulation.com and it will automatically sort the file’s information and then display it on their site in chart and graph form for you to see. 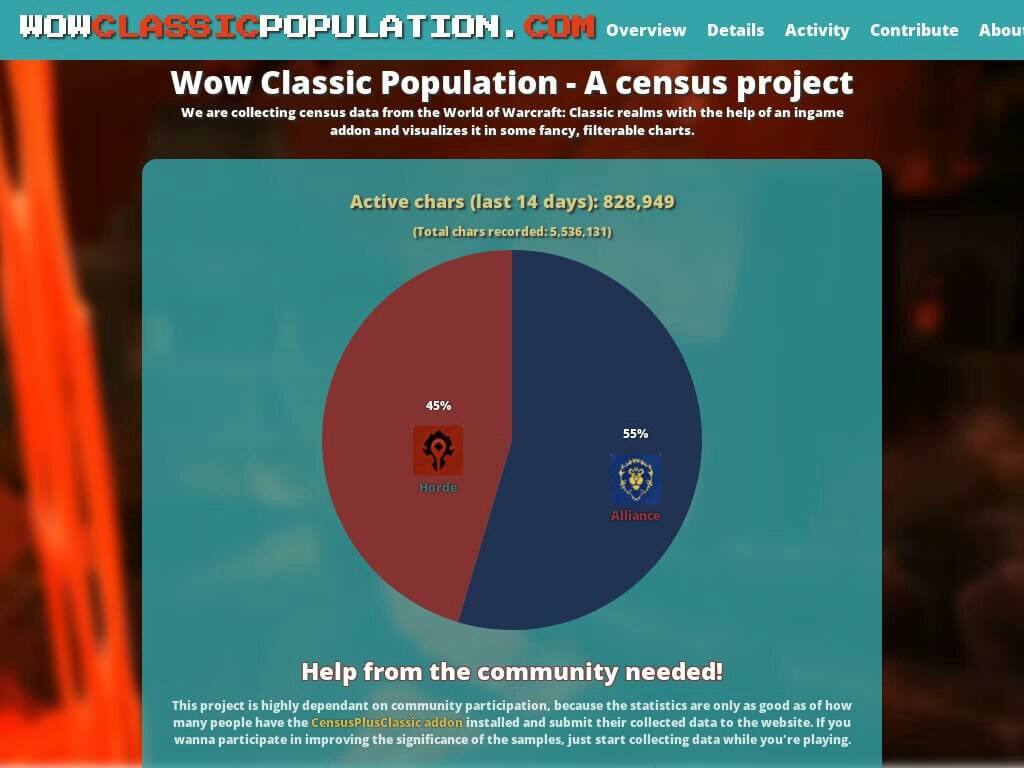 Overall, Iron Forge is the best place to keep tab on WoW Classic server population and with the CensusPlusClassicadd-on, you’ll get all the data you need in one piece.