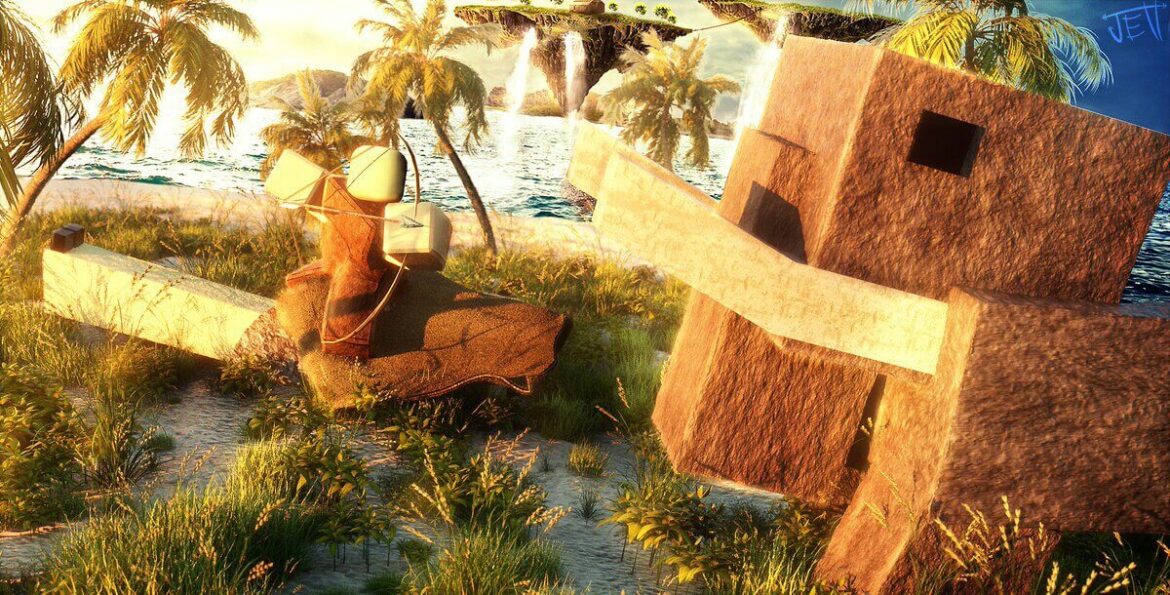 When Booga Booga surpassed the amount of players in Jailbreak for more than a week, we instantly knew it was going to make it and with over 23 million visits and up to 2,000 concurrent players, you’d agree with me that the game is hugely popular.

Released in the spring of 2018, Booga Booga is basically an online multiplayer Roblox survival game created by the developer Soybeen. While most players often compare it with Minecraft due to its survival nature, we can literally tell you that they aren’t the same.

Its gameplay sees you travelling within the many different islands on the map and the mission is to fend off rival tribe members as well as hostile beasts whilst trying to survive.

For one thing, Booga Booga’s world map is quite huge. It features many diverse biomes and aside from raiding other tribes, you can easily create bases and/or tribes in its massive open-world.

Now if you are looking for a Booga Booga script that you can use to enable things such as Teleport, ESP, Auto Eat, Jump, Fly and More, then we have got you covered. In this article, we’ve got the most reliable and ultimate Booga Booga reborn script to utilize right now.

There are a plethora of Booga Booga script out there on the web and while we admit that most of them have already been patched, there are some that still works and they work like charm. So if you’re already itching to get your hands on a working Booga Booga Script, then we have got one that we can vouch for.

However prior to utilizing it, you’ll need either a paid or free Roblox Exploit and/or Script Executor. From Synapse X to Krnl, Sentinel, ProtoSmasher and SirHurt, you’d find a dozen of them in here but for this guide, we’re going to use JJSPloit since it’s completely free.

Now without further delay, here’s the best Booga Booga Script to download right now and how to execute it using JJSPloit.

How to Execute Booga Booga Script

To begin with, copy any of the following Booga Booga Script found below to your clipboard.

Next up, jump into Roblox and fire up Booga Booga Reborn.

From here, bring up the script executor JJSPloit and just under the Lua tab, paste/replace the script found in there with the Booga Booga Script you copied earlier.

Once done, hit Attach followed by the execute button and you’ll be good to go.

So these are the only working Booga Booga reborn script worth utilizing right now. One of the many things that makes it stand out is its anti-ban feature, and aside from that, you’d see a ton of hacks to implement just within the gui. So go ahead and play Roblox Booga Booga like a god using this script.

ineedit to kill the cheaters too

Whats the lua tab? Where can I pit the script?

this is very good im so ☺

This is so good