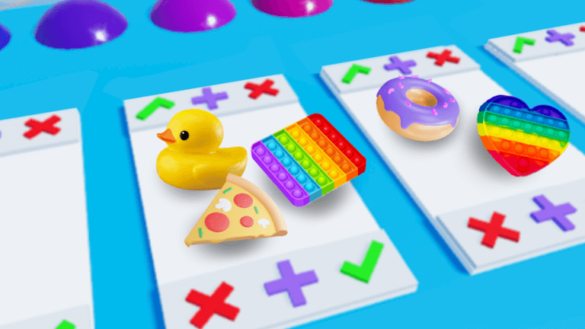 Created by Club XOX in 2021, Pop It Trading is one of the unique Roblox games to play right now. Its concept basically task players to trade items with one another.

Also Checkout: Making Memes in Your Basement At 3 AM Tycoon Script

Starting out, players are meant to join others on board, from which they can easily drop items to trade whilst hoping to acquire the coolest items.

It is a pretty fun game per se, but assuming you are looking to simplify your gameplay, we’ve cherry-picked below a list of all the active Roblox Pop It Trading script to utilize right now.

Culminating over 5,000 active players with more than 100 million visits recorded so far, Pop It Trading scripts abound. So if you are looking to get hacks such as fake item drop, here is all the currently working scripts for Roblox Pop it trading.

How to Execute Scripts in Pop It Trading

Once installed, simply go ahead and jump into Roblox, then fire up Pop it trading as well as the downloaded exploit. Next up, copy and paste any of the pop it trading script listed above into the box found within the executor.