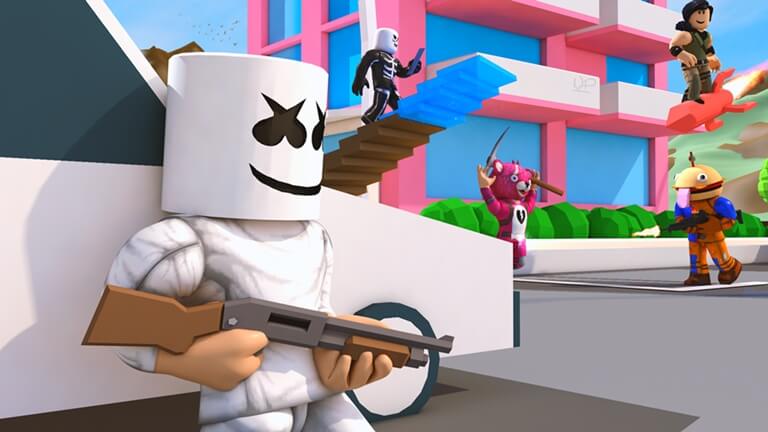 We’d talk about Roblox from time to time and while many often refer to it as an actual game, it certainly isn’t. Roblox for folks unaware is a gaming environment aimed at children aged 9 and above. It works by allowing users visit the site’s official page using their browser and in there, they’d get to select and play tons of user-generated games.

Roblox popularity has “surged” over the years and there’s no doubt that it’s now a household phenomenon. Kids love it and adults (well some) do too. That aside, Roblox acts as a mini social platform, so if you aren’t playing or making games using Lego-like block, you can easily add friends and converse with them in a safe and secure environment.

Roblox curated content galore and if the likes of Arsenal doesn’t allure you, then Phantom Forces probably will. The aforementioned games albeit addictive can be very difficult to progress especially if your aiming skills is rudimentary. Now this is where Roblox aimbot script comes in to play.

It’s good to cheat or apply hacks in games that are pretty difficult. While some call it unfair pwning, we think it’s just a game. Now for folks uninformed, Roblox aimbot is a script designed to help players cope with the difficulties of aiming and shooting.

It works by taking data from your game and with that data, it’s able to auto lock onto the heads of enemy targets and by so doing, let’s you perform an instant headshot. Now if you are looking for a reliable Roblox aimbot script to use in any game on Roblox, then here you go.

Impulse Hub is hands-down one of the most feature-rich Roblox aimbot worth utilizing. It’s free of course and brings plenty of options to fiddle with. From Arsenal to Big PinBall, Prison Life, Tapping Simulator, Murder Mystery 2 and more, the Impulse Hub script support a total of 9 Roblox games and there’s more to come.

Options such as silent aim, ESP, infinite jump, fly speed and more abound and there’s also a gun mod that once toggled on gives you infinite ammo. Aimbot aside, Impulse Hub script comes fully loaded with what’s called triggerbot and this will help you auto shoot an enemy once locked on.

To get impulse hub script, simply copy and paste the below code inside a Roblox executor. For this, we recommend either Protosmasher, Synapse or Sirhurt.

Albeit discontinued, Owl Hub is still one of the best Roblox aimbot script out there. It brings support for over 40 Roblox games and some of them includes; Ninja Legends, Jojo Blox, Bullet Hell, Infinity RPG 2, Strucid, Squadron, Rumble Quest, Jailbreak, Phantom Forces, Assassins and more.

It is really a good universal ESP and Aimbot for Roblox and its script work mostly on paid exploits such as the ever popular Synapse, Sentinel and SirHurt.

If you are looking for a reliable Roblox Aimbot script that works on pretty much any game on Roblox, then you’re better off with Lucid Universal Aimbot. It’s a cool Aimbot script per se and works on so many Roblox FPS games including Arsenal, Phantom Forces and more.

You can get the script from here or simply paste the below code inside a Roblox exploit and execute it.

Having gone through the web, we came up with a list of new Roblox aimbot script worth using. So simply copy one of them and paste in an executor and you’ll be good to go.

So these are a list of all the universal Roblox aimbot script we could find. Overall, happy gaming.