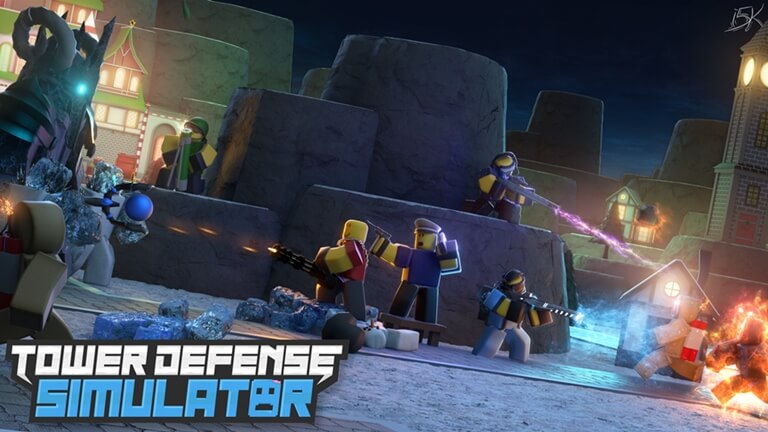 Looking for Coins, XP, Skins and more? Then here are the list of active Roblox Tower Defense Simulator Codes worth redeeming right now.

Tower Defense is one of the most popular subgenre of strategy video games. It isn’t “meant” for everyone, rather it’s aimed at enthusiasts with decision-making skills. For what it is worth, the goal of any Tower Defense game out there is to defend your territories by obstructing enemies attacks and this is mostly achieved by placing various defensive structures along their path.

While the likes of Babel Rising and Anomaly Warzone Earth offer great storyline and visuals, Roblox Tower Defense Simulator ‘nails it” when it comes to “multiplayer team work”. It is just like its mates, a strategy tower defense simulator game where players team up to fight waves of different zombies until they’re eventually overrun.

Coins and EXP are rewarded for each triumph and they can be used to buy new towers and also to upgrade and level up existing ones. One of the best things about tower defense simulator is that it brings a Versus mode that allows players to team up and face another team and equally send zombies to battle.

Now assuming you’re looking to earn tons of Coins, XP, Skins and other rewards without going through the hassles of completing each objectives, then here are the best Roblox Tower Defense Simulator Codes that are currently active.

Before we kick-off, it’s safe to say that the Roblox Tower Defense Simulator codes listed below are case sensitive. Hence endeavor to input them exactly as displayed.

How to Redeem Tower Simulator Codes

The process involved in redeeming Roblox Tower Simulator Codes is pretty straightforward. So to get this one going, simply fire up the game and click on the Troops menu option located at the left side of the screen. 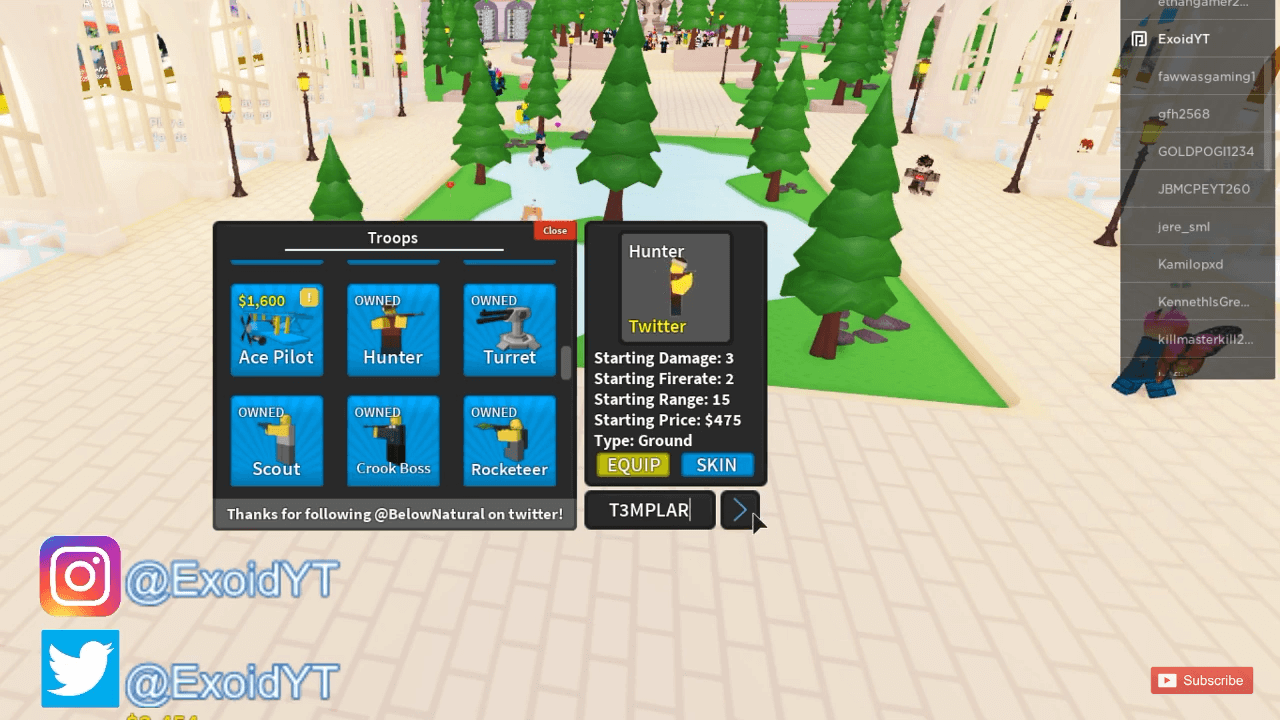 A window will pop-up, simply click on the box that says Enter Codes and input any of the above listed codes appropriately. Once done, click on the > button and you’ll be rewarded with stuffs such as coins, XP and more.