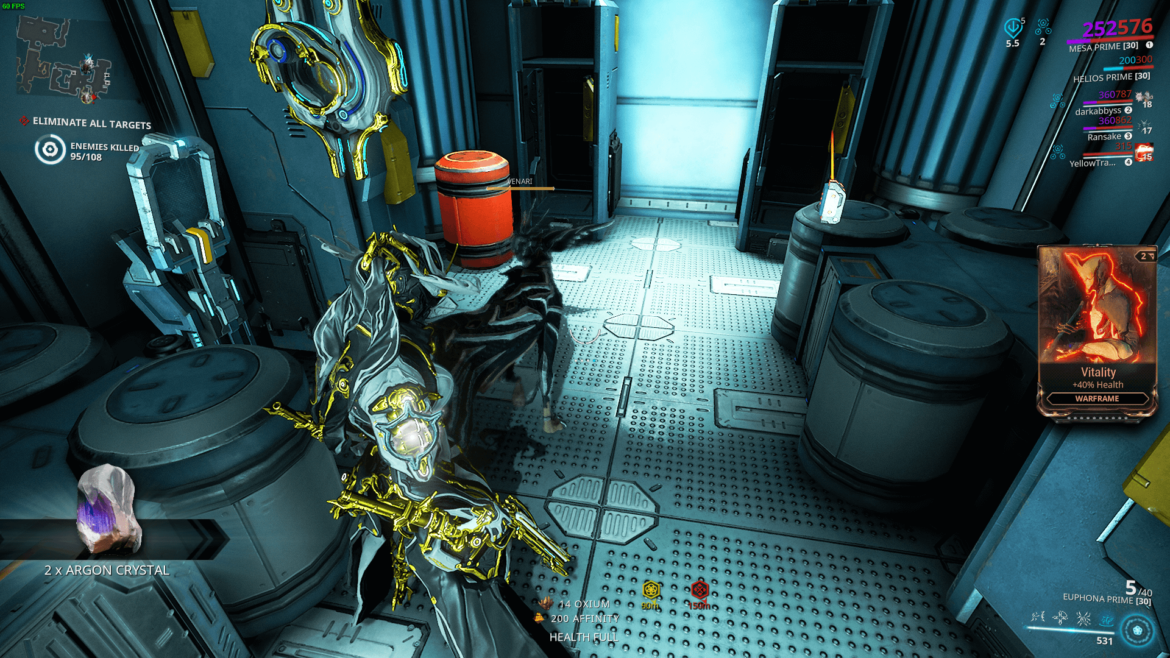 In Warframe, there are a dozen of resources needed for the Railjack construction and one such resources that is technically hard to find is the Argon Crystals. They are aptly classified as rare resources but what makes them completely weird is their decay nature.

This process will repeat itself again and again until you are left with nothing. So it is recommended not to farm Argon Crystals when it’s close to midnight and don’t farm any excess of it. Simply utilize the ones you acquire before they decay. Now if you are finding it hard to get the 15 Argon Crystals needed for the railjack construction, then here’s the easiest way to get them.

How to Farm Argon Crystal Faster

In Warframe, each planet drops a specific type of resources and you can pretty much find Argon Crystals in any missions within the Void. They do often drop from enemies, spawn as containers and at times within Argon Pegmatite deposits.

To farm Argon Crystals more faster, we do recommend you implore some strategies and that’s by using various Warframes that increases resources drop. For this, we suggest Hydroid with his augment mod Pilfering Swarm and Nekros for his desecrating ability.

You can also farm Argon Crystals in any missions within the Void by bringing Khora and her Pilfering Strangledome mod or you can choose to go with Atlas equipped with the Ore Gaze mod. Finally, you can bring Ivara since she can pickpocket enemies provided her Prowl ability is active.

The Void planet in Warframe brings quite a slew of missions and there’s a chance you may find 5 or 6 Argon Crystals once you complete them and that too depends on what strategy you utilize.

For starting, we recommend the Exterminate mission in Teshub or Oxomoco since they have rooms with high concentration of containers. Simply go in there and destroy every locker and container reachable to you and they’ll probably drop Argon Crystals.

The Survival mission in Ani or Mot is yet another place to farm Argon Crystals. Simply go for 25 minutes killing several enemies including the Corrupted Vor and you’ll bag yourself a handful of Argon Crystals.

Finally you should try the Capture mission in Ukka or Hepit. They’re quite perfect for Solo and there’s a huge possibility that you will get 2 or 3 Argon Crystals within a short time. For bonus tip, you can try various Defense mission in the Void – who knows, you may get lucky.