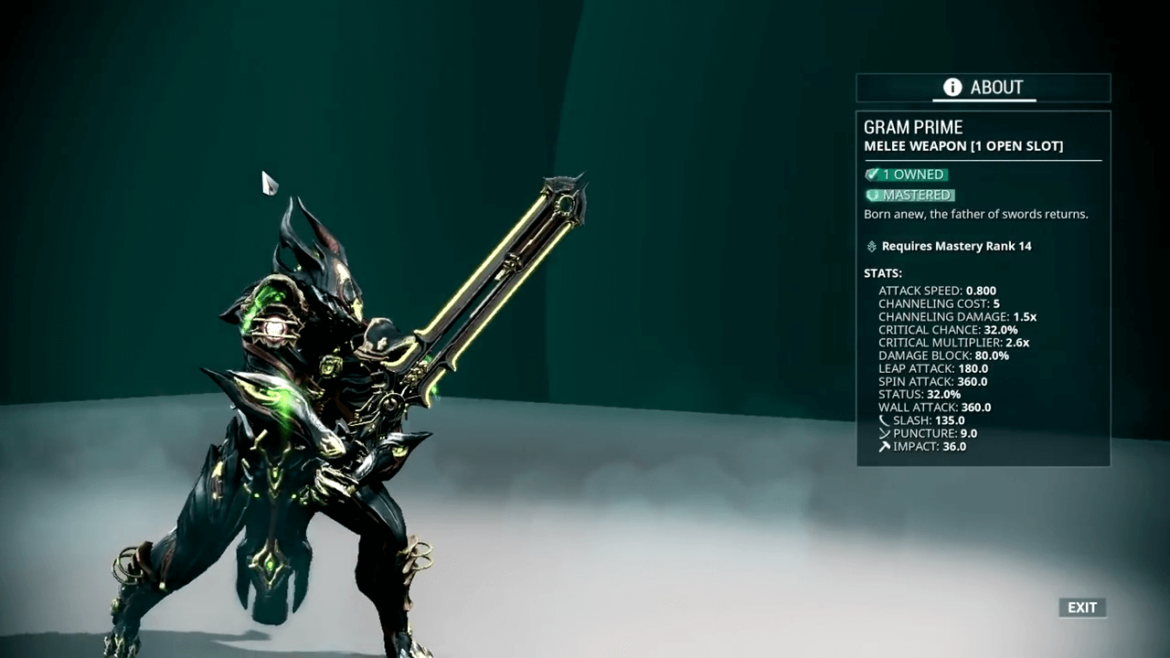 Of all the melee weapons you do find in Warframe, Gram Prime is without question the best. It’s one of the most sort after weapon capable of slashing any being that stands in its way. Often sloganized as the father of all swords, Gram Prime possess better attributes compared to the original Gram and it primarily deals high slash damage.

It’s a very special sword quite suitable for Tennos who love heavy blades. For the stats, Gram Prime packs 32% critical chance with a 2.6× damage mutiplier and more. But aside from the pros, it’s one of the slowest melee weapon in terms of attack speed. Below is some of its stats;Looks amazing right? Don’t worry, we are going to deal with that slow attack speed. So without further ado, here are the best Gram Prime builds, price and farming guide.

How to Get Gram Prime

There are several ways to farm Gram Prime in Warframe. For some, buying the Primed Vault may be the simplest way but if you are short on cash, then here’s how to get the Gram Prime blade and other essential relics without spending a dime. 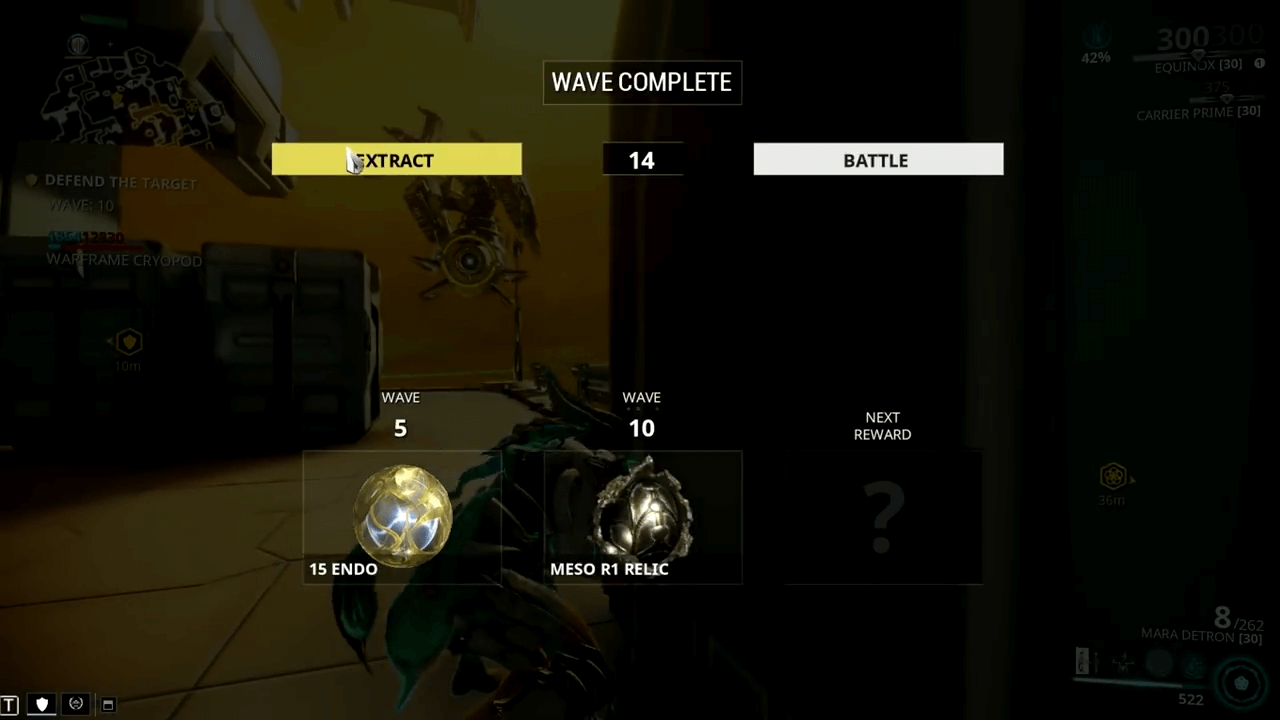 Aside from Bronco Prime Receiver, Meso S8 relic contains a slew of prime components and blueprints including the Gram Prime blade. So if you are looking to farm the Meso S8 relics, we recommend IO on Jupiter.

It’s the fastest and perhaps the easiest way to farm “Meso relics” and you can complete the defense mission within 8 minutes. New relics “usually” drop in each rotation on this mission, but we recommend you defend the target till you complete Wave 10 in other to get atleast 2 Meso relics before extracting.

The Neo G1 relics houses several prime components and blueprints such as Koyake Prime Boot and the Gram Prime Handle. To farm these relics, we recommend Hydron on Sedna.

The first 10 rounds will drop Neo relics, but if the mission seems too difficult, then you can choose the interception mission in Xini on Eris. There, you will get all the necessary Neo relics in just 2 rounds of interception. 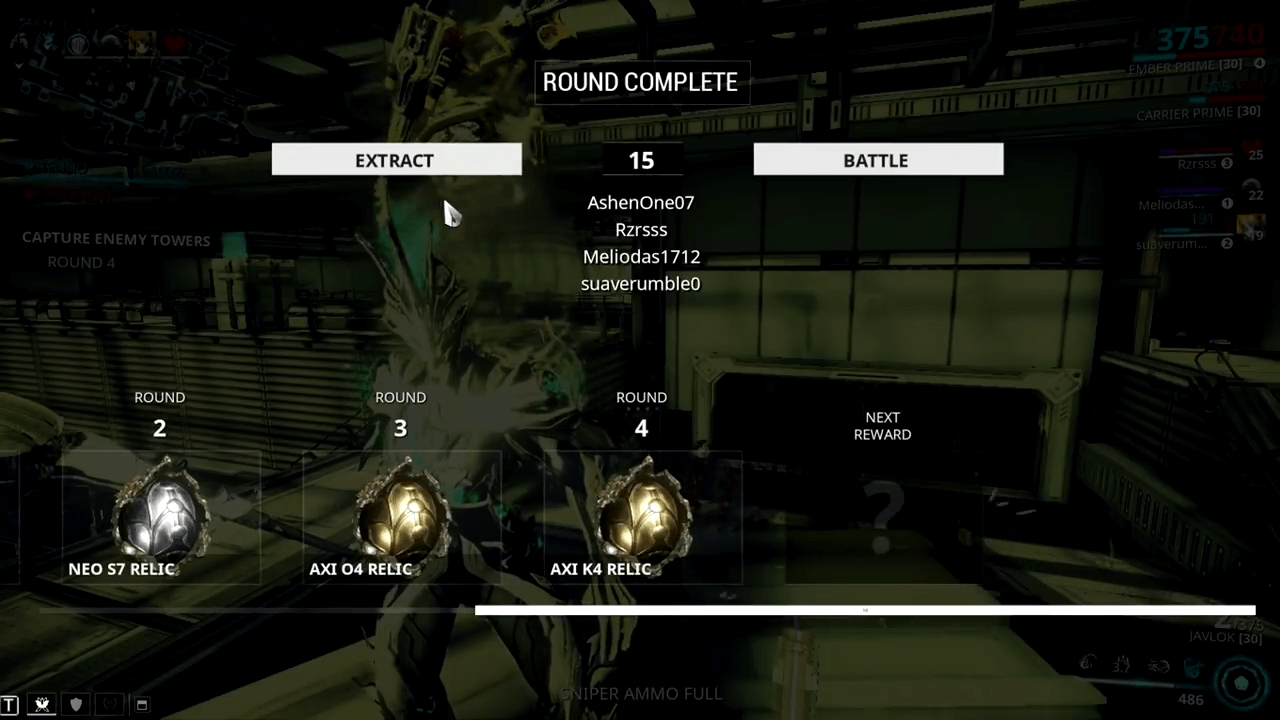 Finally we have Axis 04. It is a relic that contains Oberon Prime System, Zephyr Prime Neuroptics, Gram Prime Blueprint and several other components and blueprints.

Now that you have seen the locations of the Gram Prime Blade as well as other relics, it is time to show you our list of the best Gram Prime builds that are capable of turning the sword into a furious monster. 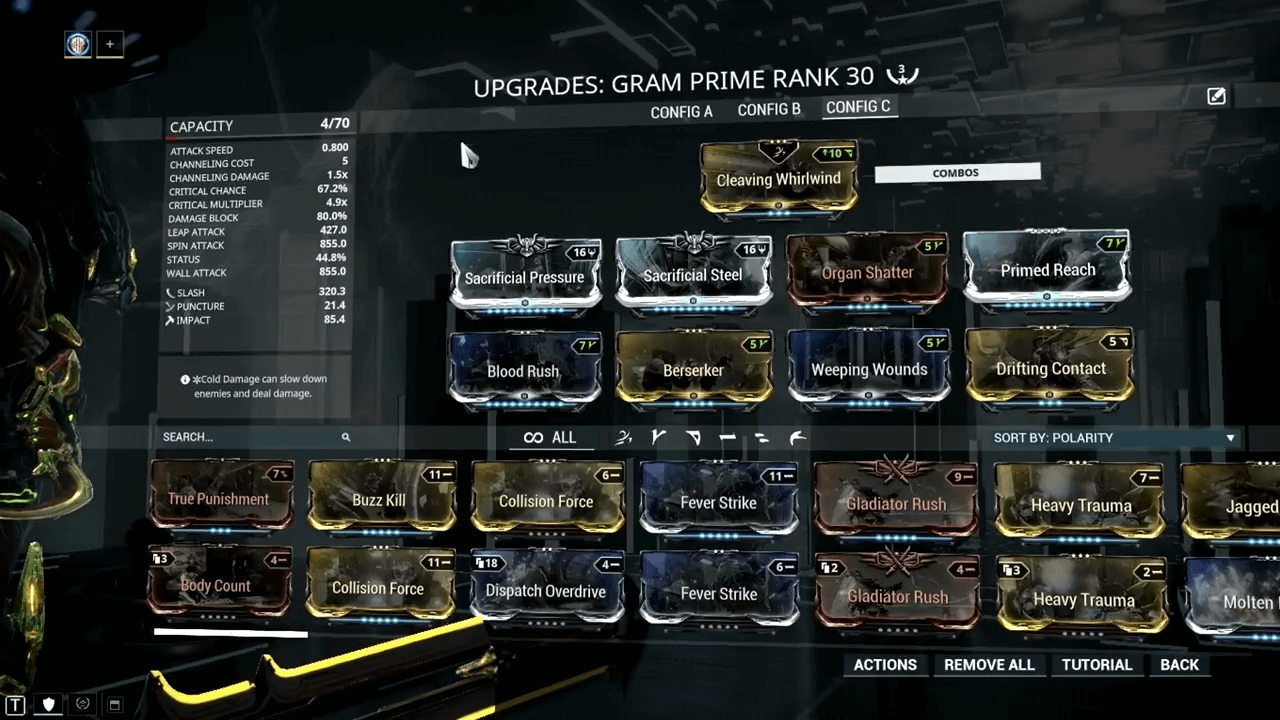 Our first build will be the Cleaving Whirlwind. It is a stance ‘mod’ that suits the Gram Prime perfectly well and its “sweeping attacks” as well as its “broken bull combo” is capable of dealing 4× damage to enemies.

In a bit to deal with Gram Prime slow attack speed, we decided to add Berserker to our build. It’s a mod that temporarily increases the Gram Prime attack speed on a critical hit and it can reach a maximum of +75%. Equip it with Primed Fury and you’d be good to go.

The third build is Drifting Contact. It’s literally a rare melee mod capable of extending the duration of the melee combo counter to up 13 seconds and it also increases the Gram Prime status chance. 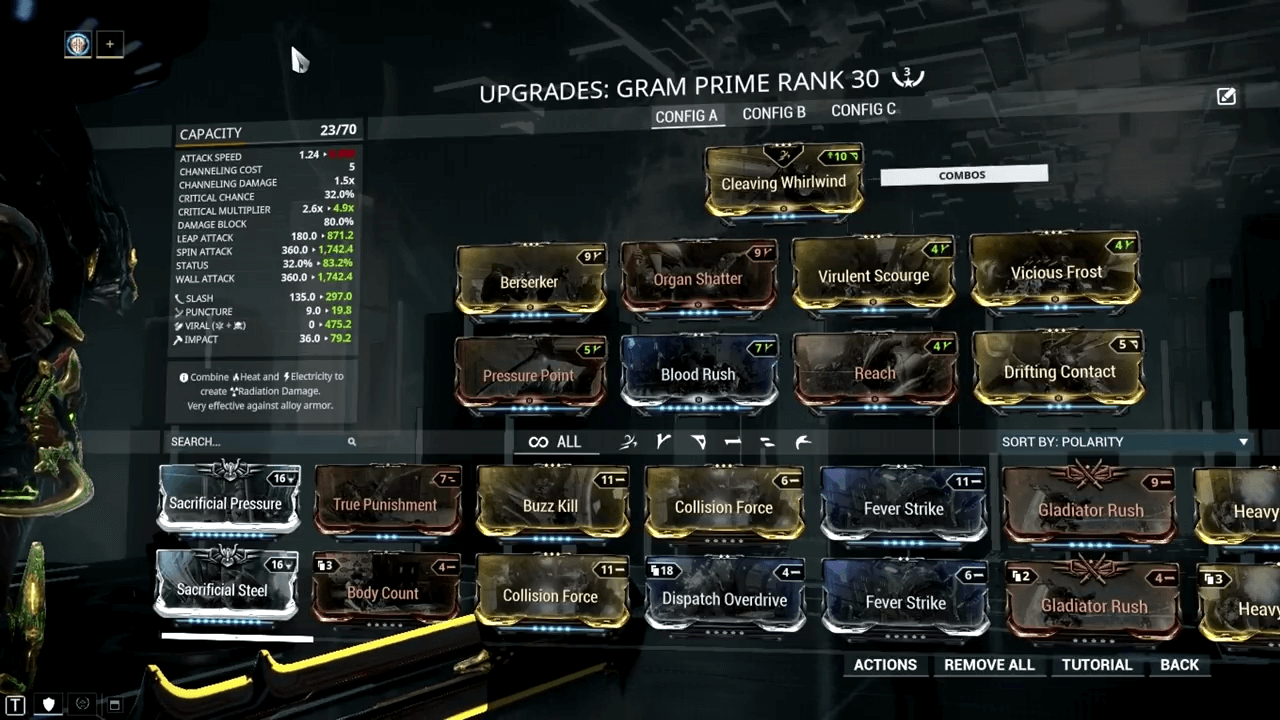 So these are the primary Gram Prime builds we are currently using. You can check the image in this section to see the full list. From Sacrificial Pressure to Weeping Wounds, then down to Organ Shatter, Primed Reach and more. You can painlessly replace Weaping Wounds with Gram Crita-toxidex, Sacrificial Pressure with Primed Pressure Point and Cleaving Whirlwind with Tempo Royale for a more better results.

For the Gram Prime Price, we strongly recommend you go to warframe.market or nexus-stats. Overall, this is everything you need to know about Warframe Gram Prime builds, farming guide and price.