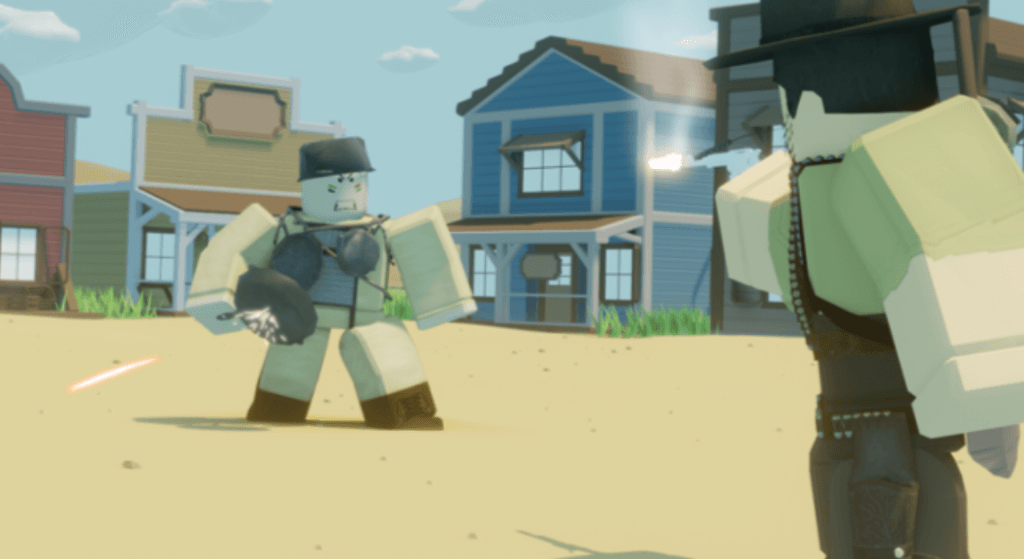 Moondrop Studios Westbound is a game that plays out just like The Wild West and feels just like Six Guns. Call it a cheap copy of what is already popular, we do not care, for the game has proven to be so much fun compared to PopReach’s own title Westbound: Perils Ranch.

Reaching a peak of 3,326 concurrent players with up to 139 million visits so far, Westbound is simply a game on Roblox that takes place in the year 1894. Its gameplay revolves around the struggle between the cowboys and the outlaws as they battle to take charge of a county in Arizona.

It is an addictive game per se, but assuming you are looking to spruce things up and probably simplify your gameplay, then we have got the perfect Roblox Westbound Script that offers a pretty cool GUI housing tons of hacks such as Auto farm and more.

Roblox Westbound Script abound, and the best amongst them can give you hacks such as infinite money, auto farm, kill all, unlimited ammo, etc. So if you’re already itching to get your hands on them, then here’s some of the currently active scripts for Roblox Westbound.

How to Execute Scripts in Westbound

Once installed, simply go ahead and jump into Roblox, then fire up Westbound as well as the downloaded exploit. Next up, copy and paste any of the scripts listed above into the box found within the executor.